I was away for the weekend and I didn't schedule any posts (I'm pretty bad about doing that) so the blog was quiet. I went to Portland and Hood River for my first cousin's wedding. It's really a beautiful place out in Hood River and then we had one day to go around Portland so we did touristy things. We went to the Rose Garden, Powell's Books and Sip N Straw for Ice Cream. It was a lot of fun and all in all a worthwhile trip to see the family. The red eye flight back is tough but we survived and immediately went to bed as soon as we got back.

I did have my first fantasy football draft on Thursday night. My next one is Saturday (auction draft).

This one is standard scoring, no ppr. I was pick 10 out of 12. I think my team is solid with some upside guys.

This draft went very RB heavy in the first round. I was the 10th pick and only Rodgers and Antonio Brown were off the board for non RBs. I considered going wideout/wideout but I knew one of the top guys would fall no matter what so I decided to grab the RB I wanted then take Dez or Julio. Dez went so Julio it is!

We shall see if this strategy works. It's been a while since the top tier of QB's is so small. I feel like its usually 4-5 top guys not just 2. The middle tier is quite large and there is value to be had. Even if Tannehill is just league average the rest of the talent should carry the team.

I literally have no strategy going into this auction draft. I'm not sure if I should just go after 2-3 first rounders and then try and fill out the roster or go for middle tiers and have all decent guys but no studs. 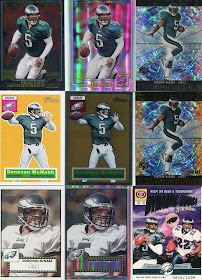