I not so recently picked these cards up in a package deal. I wanted a particular Harper card and these came with it. Two of the Phillies top prospects this off season. The other is probably Spencer Howard because they are in desperate need of some consistent starting pitching besides Nola. 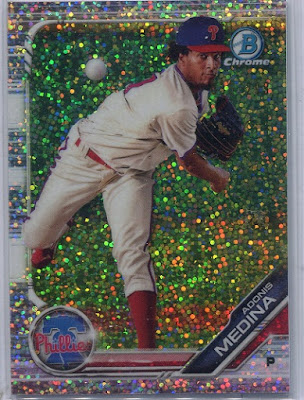 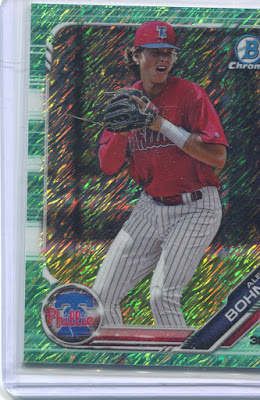 Both cards look good in person. I'm hoping Bohm is really good. Haven't seen him play yet but he should get every opportunity to become the Phillies new third baseman. There have also been rumors that the Phillies would entertain trading Hoskins and then shift Bohm to first and then sign Rendon (made up the Rendon part but hey why not?)

Next card show coming up in December looking forward to it!

Thanks for reading!
Posted by Brad's Blog at 5:59 PM