My First Package as an Offical Blogger (Contest winnings!)

As some of you may know Eutaw Street Cardboard (Eutaw Street) was holding a selling out for the national sale. I picked up 168 Frank Thomas cards and some other random goodies. He was kind of enough to offer up some free stuff that he randomized off at the end. I was lucky enough to get first choice and picked up a nice 1990 year book signed by Hall of Famer Jim Palmer. But that wasn't all! In this package I also received my first ever triple autographed card. Cal Ripken Jr, Jim Palmer and Rick Dempsey. Two all time greats on one card, I can't ask for much more. Thanks Kirk! 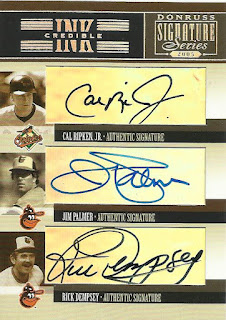 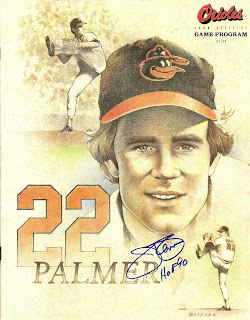