As most of you know I really like Topps Chrome. If you followed along my case break I was quite a big fan of the sepia refractors. With the help of my girlfriend finding we decided to attempt to complete the set. After very aggressively going after the cards we completed the set in about a month and half. If you don't know, every single card in this set is numbered out of 75, so it might be the only set in the world! (I've yet to see another one) The most expensive card was the Harper, the 2nd Most expensive wasn't Darvish or Trout, it was Wei-Yen Chen. I also acquired quite a few doubles so if you're interested in trading they are all listed on my trade bait page.

Check out the first half of the set: 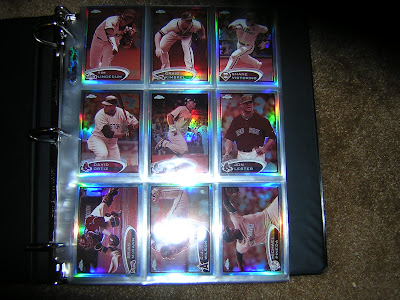 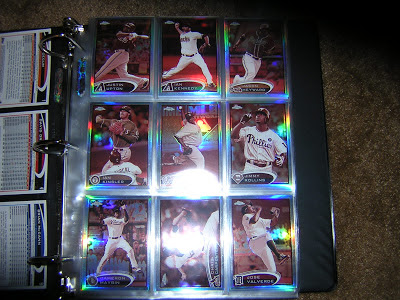 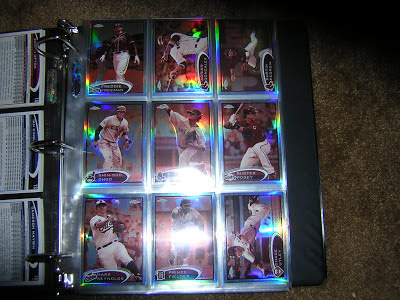 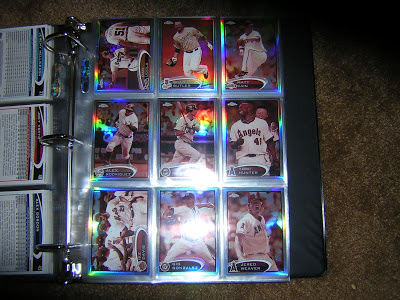 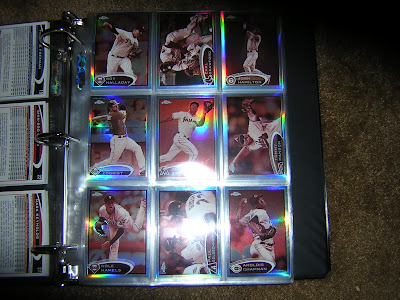 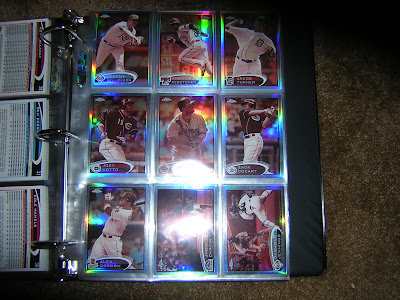 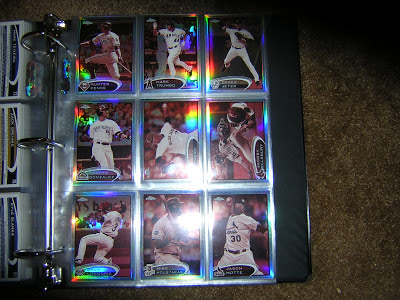 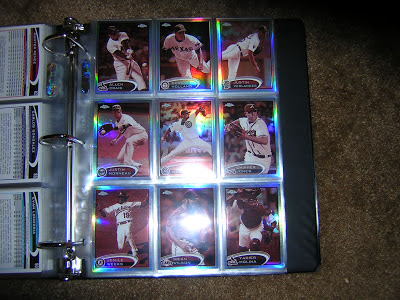 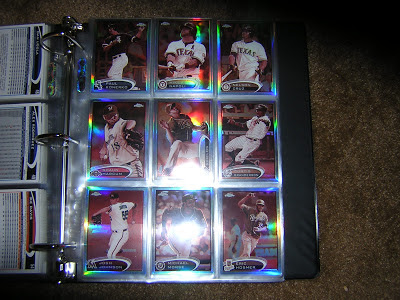 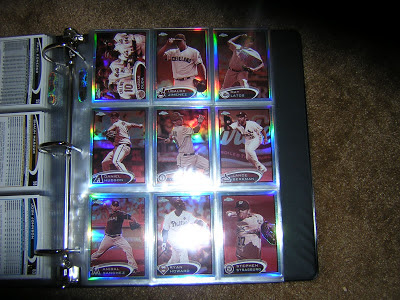 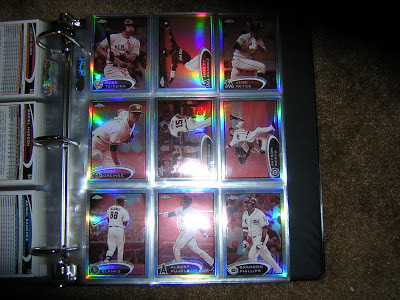 What's your greatest set accomplishment? I definitely felt good when I received the last card for this set (Nick Swisher). If you read this far, mini contest just leave a comment answering the question and on Sunday night after the 2nd football game (eastern time) I will randomize a winner. The winner will get a Jose Valverde Sepia refractor and a Matt Dominiguez auto and some random cards from their favorite team.