I've gone a while between posts. The Phillies are no longer in first but they aren't out of it. Harper is still hitting well but Hoskins is done for the year which is a big blow to the team. Who knows still might catch the Braves!

For those that read the blog, I had the incredible fortune to get my hands on a VIP Transcendent ticket to meet Bryce Harper and go to the event in Philly. I was able to purchase the ticket in July off of a member on Blowout because he couldn't go when they changed the date a few times because of covid.

I arrived at the hotel in good time. I valeted the car and went to check in. I was hoping it was real and they had my name (Topps did confirm on an email but hey you never know). I was greeted warmly and got the room key.. 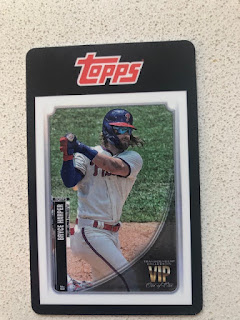 My one of a kind Harper room key. I was in the heart of Philly which was cool and about a 3 minute walk to Reading Terminal Market where they were holding the event. I was up on the 17th floor, which doesn't make a difference to me can't sleep well in hotels anyway! I got ready for the event. It called for business casual so I had to wear a button down and pants and not athletic shoes. I've spent most of the last year wearing gym shorts to work since I work at home for now. I quickly realized I left my dress shoes in the car. I went back down to the valet asked them to grab them out of the front seat and then went back up.

I arrived about a half hour early cause I wanted to be sure I wasn't late. Found the place without an issue (really was a short walk). They wouldn't let anyone in until they were finished setting up. Spent that half hour talking to some of the people that were going into the event with me. It was baseball card chatter nirvana. Lots of fanatics talk since that was dominating the news cycle. Lots of stories of what was sold for crazy high prices in the pandemic. The market correction, all fun stuff.

They let us in and check your ticket and give you a wrist band. The whole place was shut down except for this event which was pretty cool. Never seen Reading Terminal so empty (for those that don't know Reading Terminal Market has a ton of different eateries that you can buy from and is a popular Philly eating destination) There was an cocktail hour where there was waiters and waitresses offering all sorts of foods. Cheesesteaks, shrimp, etc,. I love cocktail hours so I ate a good bit of it. The bar was open for any beer or non alcoholic drink you wanted. 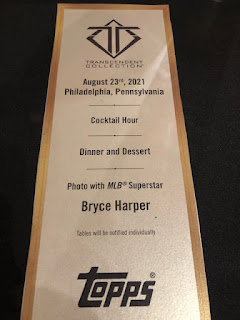 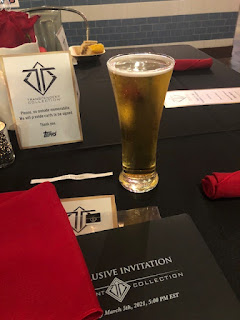 I treated myself to 3-4 or Stellas. The cocktail hour food was very good. They had about a box or 2 of random Series 2 and 2020 Update packs (Harper is on the wrapper) strewn about some tables. I grabbed 2 packs and actually hit a nice card. 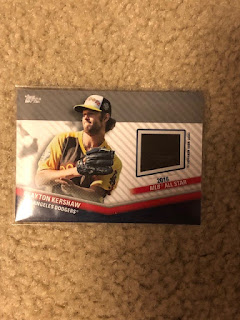 A Clayton Kershaw relic! The other pack had a Jonathan Villar Rainbow foil if you are interested. After chatting with some people, they announced that Harper would be coming to the stage soon and to grab a seat.

Here is the stage -- 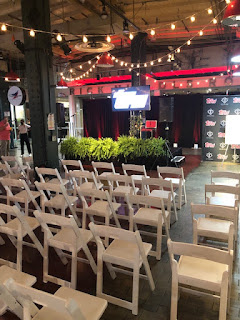 They had about 90 chairs or so on either side of that pillar. There was not that many people there though. Blowout cards had 32 tickets and they did not send 32 reps. There was probably closer to 55-60 people there. It was very cool and very intimate setting. I sat front row. Before Harper came out, Topps raffled off 3 boxes. I didn't win but that's ok. A series 2 box, an inception box and a museum collection box. I had already hit the Kershaw relic so I was already a winner! (and I was there) 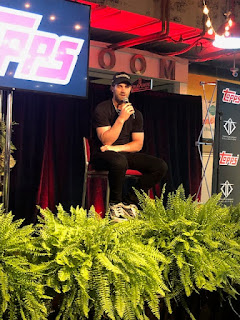 He was maybe 15 feet or so away. The Q and A, I thought was run really well. Topps started the conversation with some questions and then opened it up to the crowd. It lasted at least an hour, maybe slightly longer. I got to ask 2 questions myself. My first question I said "Mr. Harper (everyone else was calling him Bryce) I'm not a big guy so I won't be hitting any Home runs in the major league, what does that feel like?" He was very courteous with every answer and made sure to make eye contact with whomever answered the question. The 2nd question I asked was regarding how hyped he was when he was 16 years old and how that has shaped his career. He went into pretty good detail on how that's helped him deal with different things and learn how to act as he matured. I was already a fan before the Q and A but I am more of a fan now. He really just wants to win. Someone did ask about his free agency period and the biggest thing to him was he was not interested in any opt outs. He really wanted to sign a contract and be somewhere for a long time. He said in Washington all they talked about for 6 years was where he was going to go and he didn't want that chatter anymore (paraphrasing).

After the Q and A we went back to our seats and they called each table 1 by 1 for a photo op and Harper hands you an autographed Transcendent card. 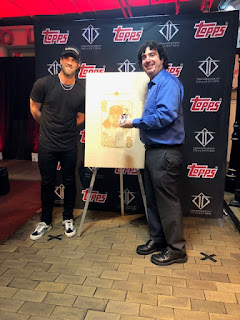 I have many more on my phone, the Topps employee snapped a ton. Harper wasn't shaking hands, which I'm totally ok with, but he did fist bump me. I thanked him for coming out and said I really enjoyed the Q and A (side note, check out my hair been growing it since November of last year)
After the photo op, they served dinner. I got the Filet Mignon with the sides. It was just alright. Thankfully I wasn't too hungry since I ate so much of the cocktail hour. Also, they had an ice cream bar where you could ask for whatever you wanted.
On the way out you had to present your wrist band, they cut if off of you and handed you the backpack full of goodies. Also, on the table was this -- 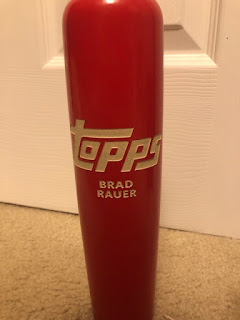 A personalized beer bat mug. It's pretty cool. I am psyched to use it when the Phillies make the World Series!
I opened the pack to make sure everything was there before walking out. It had what I heard to expect. Seven Silver packs. Another Harper auto and some random autos. The Harper through the years set. 1 box of 2020 Topps Update, a Harper Patch 1 of 1 and another rookie set. When I got back to the hotel there was some people breaking in the lobby. I chose not to participate because I owed 2 silver packs to a person and I didn't want to open them by mistake or get carried away with it. Also, I had brought exactly zero supplies if I happened to hit anything good.
I was pretty beat from the night and I had to get up super early to drive home to work. I managed to do that.
The next evening I did break the cards that were mine. (I have mailed the other 2 silver packs out, once the person gets them he said he will tell me what he pulls). 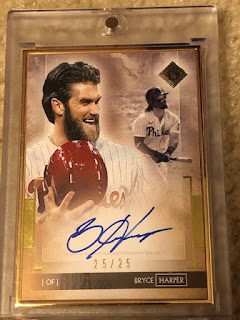 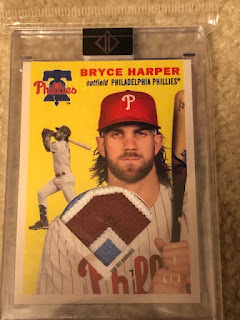 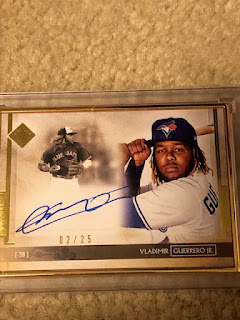 Clearly, the best random auto I got (also, my first 1 of his) 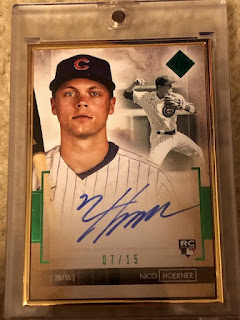 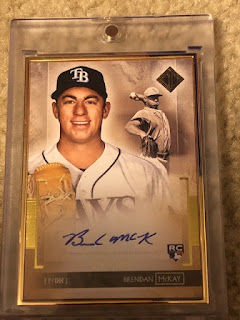 Hope he gets healthy, he has potential. 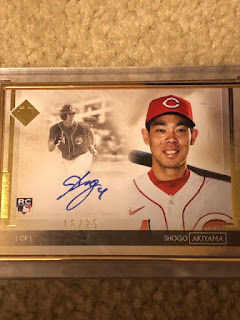 The Transcendent autos are really nice. Very thick and sturdy cards and all on-card. I had never opened a box so haven't seen too many up close. 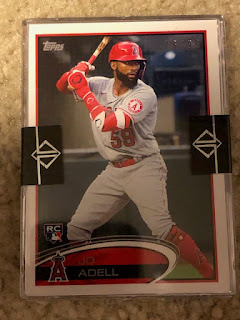 This is a 9 card rookie set made just for the party. It's numbered to 95. I haven't opened it yet. 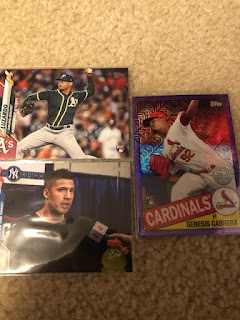 Beat the odds pretty good on my 2020 Update box. The Jay Buhner auto is numbered out of 199. The Jesus Luzardo is the Mother's day Pink numbered out of 50. The Gleyber is a regular SP. Also, got a numbered Genesis Cabrera in the 1 silver pack.
I then opened the 5 silver packs. I had my wife randomly pick 2 that I would mail off. 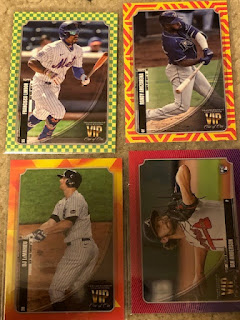 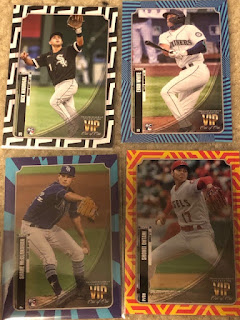 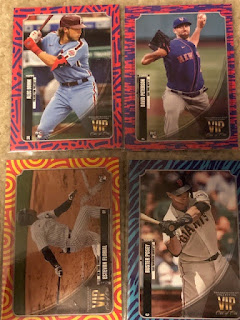 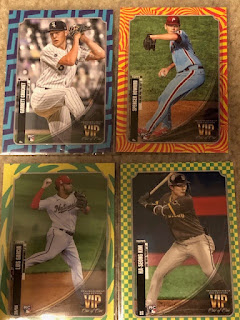 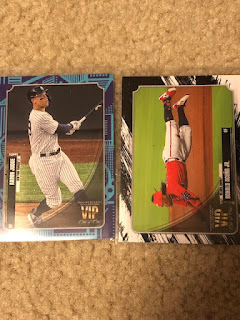 They are all marked as 1 of 1's. Cool cards for sure. The best 3 I would say are Ohtani, Judge and Acuna. I did hit 2 Philles, one of which is on the Rangers and the other recently demoted. Also, got very lucky and hit these 2. 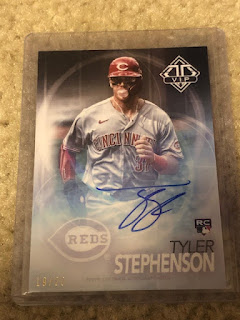 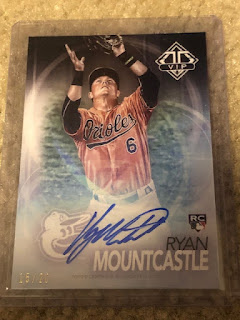 Ryan Mountcastle and Tyler Stephenson Autos, numbered out of 20. They are also on-card in this set. Without looking I am unsure if the auto set is listed anywhere. I like the design of the cards though.
Overall, I had an awesome time! I may never be able to do something like this again but the stars aligned and I was able to go. I will share the Harper through the years set at a later date. I opened it and put it in a binder cause I like the look of it. Its roughly a 90 some card set. They went from 1951 to 2015 but did include some parallels and inserts from certain years and every picture is different. It's an easy keep for me since it fits into my Phillies PC perfectly.
Thanks for reading!

The Phillies are in first at this very moment, so I had to tell everyone. If they lose tomorrow they will no longer be in first so have to strike while the iron is hot.

Thanks to a home run from this guy.. 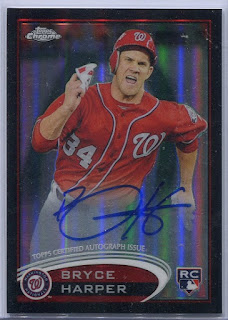 I pulled this card myself back in 2012! I checked out the pricing on Topps Chrome today. I was in sticker shock. 350 dollars for the same content. I can't imagine anyone making money on it unless you hit 10 superfractors. This case in 2012 was 800 dollars if I remember correctly. I hit this card which was obviously big, but I also hit a much rarer card.. 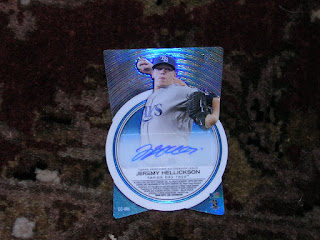 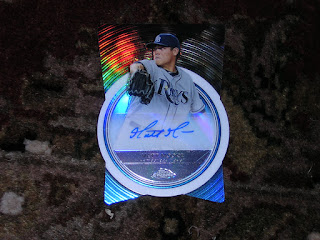 These were 1 in 8430 packs. I actually got the card graded for protection so it is still in my collection. It's not worth a lot since both guys had middling careers (both played for the Phillies though!)