A Negative that's a Positive!

I kind of like the look of these cards. I was able to grab the Hoskins rookie a little bit ago. 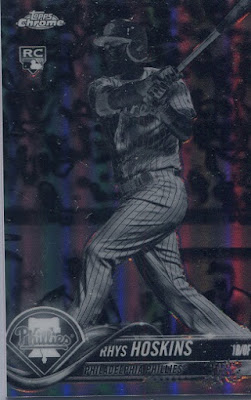 Not my best scanning job but you can see the artistic integrity. I'm hoping for a big year out of Rhys. Obviously it would be good for the Phillies to have his power bat going all year. He had some ups and downs last year but when hes on hes a tough out.

One day Harper will sign a contract with somebody, that is my official prediction.

Thanks for reading!
Posted by Brad's Blog at 6:13 PM No comments: 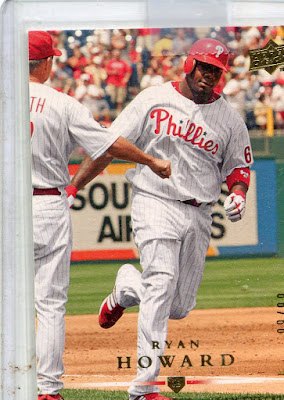 I forgot to post on the day but in fairness I was working as usual. Then I cooked dinner for the wife (steak with peppers and onions). Just wanted to show off a couple red cards in celebration! The wife was also kind enough to get me a holiday box for the holiday. I do like the snowflakes on the card. The metallic ones are really shiny too. 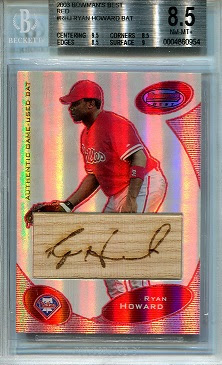 Only ever seen one of these out in the wild before and the guy wanted 200 dollars. I got mine for much much less bidding on ebay. 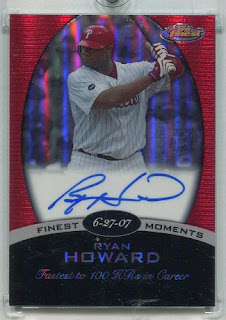 This card is really nice. On-card auto in Topps Finest. 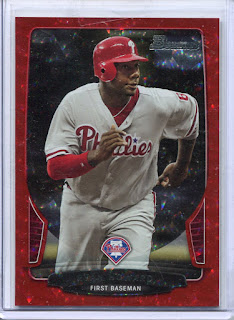 Some of the 'cooler' ice parallels (see what I did there) 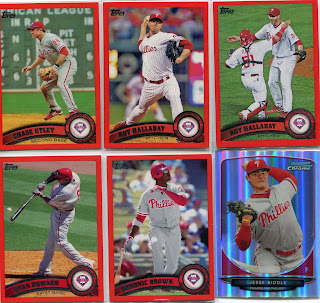 A red factory set from 2011 Topps. (and a random Jesse Biddle refractor)

Hope everyone had a nice Thursday, looking forward to the weekend! Thanks for reading!

Haseley and Something different!

I'm really liking the Philly sports scene right about now. The Sixers made some bold moves and suddenly are real contenders for the finals. That starting five is legit and they even attempted to make the bench better! I like the winning now mentality. They were completely unwatchable when they were winning 10-15 games a year in an effort to get a better draft pick.

Also, really liking the JT Realmuto trade. I understand they gave up Sixto Sanches but he's a pitching prospect. I hope he's good in general but its very hard to project these guys accurately with injuries and all that. If they can add a Harper or Machado to that lineup it's going to be super strong. Even if they don't it should still be good with Realmuto, McCutchen, Hoskins and company. Either way should be fun to watch. We will see how some of the younger pitchers do after Arrieta and Nola in the rotation.

Maybe this guy will be a big name in the lineup in a couple years.. 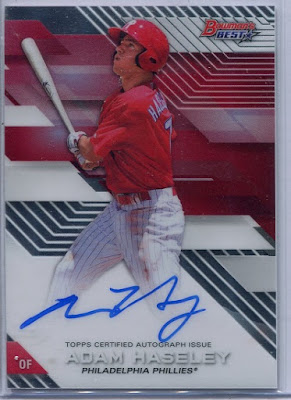 Picked this card up at the last card show I went to for 10 dollars. As far as I know he's been solid in the minors so he should get a shot on the big club sooner or later. 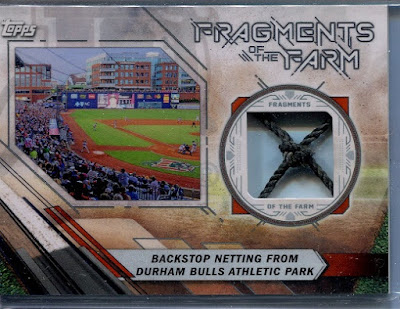 This card just caught my eye in one of those random hit boxes. I just thought it was really cool. Also, the Durham Bulls are obviously the team from the movie Bull Durham.

Thanks for reading, getting hype for baseball season!
Posted by Brad's Blog at 3:09 PM No comments:

I owe Dennis a nice return package. He always manages to surprise me with some cool stuff. I'm going to a card show in early March and I'll be sure to be on the lookout for some nice Tigers stuff. Never know what you may find. In case you dont know he writes a blog too: Too Many Verlanders! 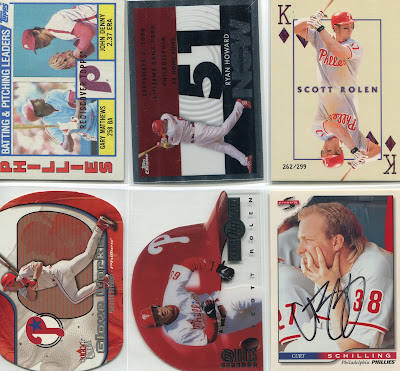 The Rolen is a really cool insert that's numbered. The Schilling is a nice in person autograph. Any new Ryan Howard card is a good Ryan Howard card. The Rediscover Topps card is pretty nice.

Also included were 3 relic cards. Always happy to add to my Phillies hits collection. A large part of my PC is devoted to it.

Thanks for the cards and hope to hit you back with something nice in the near future!
Posted by Brad's Blog at 5:13 PM No comments: