Been slow on posting. I know, busy month, but I did get in a new Ryan Howard for the ole PC. I'm still on the lookout for the rare stuff and anything that catches my eye. This is my 2nd copy of this particular card. The other one is BGS graded, just need a raw copy to complete the 'set'. (full disclosure I bought these graded did not send them in myself) 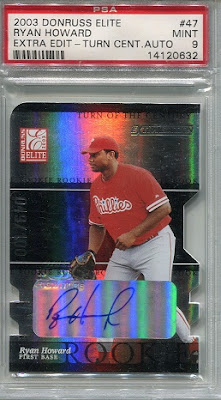 Numbered 49 out of 100. Solid auto of his. I wonder if he had Bowman Chrome autos what they would've gone for back in the day. He went nuts his rookie season and won the ROY. Aaron Judge is basically a shoe in for ROY (right?) and hes prices have gone insane. I've been enjoying this baseball season as a whole. Lots of good players to watch even with Trout out.

Thanks for reading!
Posted by Brad's Blog at 8:50 PM 2 comments:

I recently picked up this fun card for my wife. She is a avid squirrel card collector. If my count is correct she is now up to 3 different cards. Still searching for the ever elusive 2012 Topps Squirrel card for a reasonable price (there's a few ridiculous buy it nows). What I like about this 2015 version is that it's actually a Phillies card! 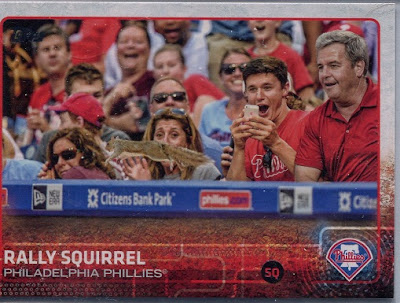 Look at the one lady ducking and the one exuberant young man taking a quick photo. Lots to see in this card. The guy in the red hat missed his chance at fame because something else besides the Squirrel caught his attention. I've always wanted to be in the background of a semi prominent base card (not too prominent I value my privacy and I would obviously be way too famous if it was a prominent card). Also, I would like to sit directly behind the dugout, those are some swank seats. I'm more of a Upper Deck baseball fan when I go to the stadium. I like 400 level behind home plate, can see the whole field with a good view of the beautiful Philly skyline.

Enjoy Squirrels, hope they don't eat all of your bird feeders!

Thanks for reading!
Posted by Brad's Blog at 6:33 PM 6 comments: 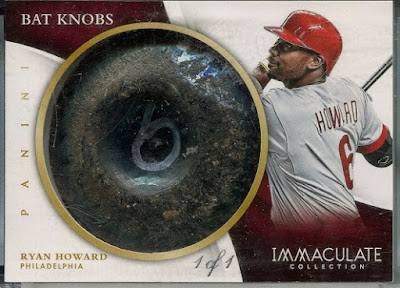 Thanks for reading! Maybe one day the Phillies will be fun to watch again!
Posted by Brad's Blog at 12:33 PM 5 comments: