I had been passively searching for a card like this for a while. Gavin Floyd was a Phillies top prospect for a few years and Ryan Howard is obviously my main PC guy. 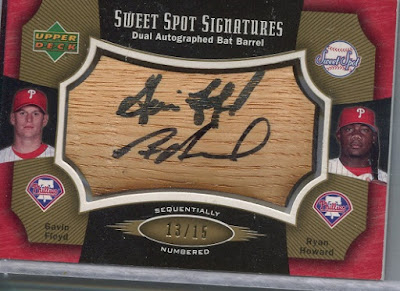 Kinda crooked scan. But on wood autos low numbered. Solid looking card. Quite pleased with the execution. I don't think this is the year where they had trouble with fading either.

Thanks for reading!
Posted by Brad's Blog at 6:20 PM 3 comments:

I finally scanned some stuff! Also, I started the Ryan Howard organization. I currently have 3 stacks sitting in the card room waiting to be sorted. I went through all the unsorted Phillies boxes and pulled out the Howard's. I have not gone through the semi-random binders yet (but I will!). Brian from the great blog Highly Subjective and Completely Arbitrary! sent me a nice PWE. The thing to do seems to use the the 9 pocket pages and fit the cards in that way. It also seems to be working.

(side note, quite a thunderstorm going on outside at the moment, we actually lost power for like 30 seconds)

Check out the cards! 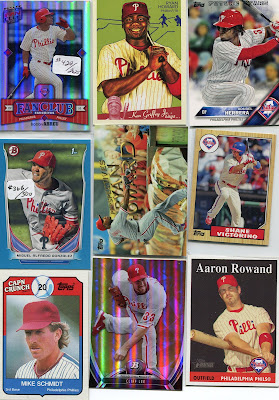 Definitely sent some needs. I had no Ryan Howard's from this years topps, but now I have the really nice looking Perspectives insert! Cliff Lee is looking shiny there in the now discontinued Bowman Platinum. (Also, his career is probably over, the elbow/arm issues too much to overcome) (also also, wish the Phillies never traded him away, that was dumb) Always remember Aaron Rowand for running head first into the centerfield fence and busting his face up but still catching the ball!

Thanks for the cards and Thanks for reading!
Posted by Brad's Blog at 5:59 PM 4 comments: 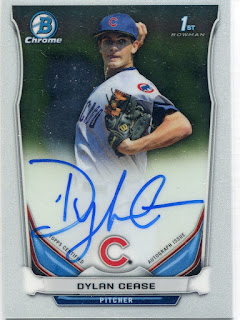 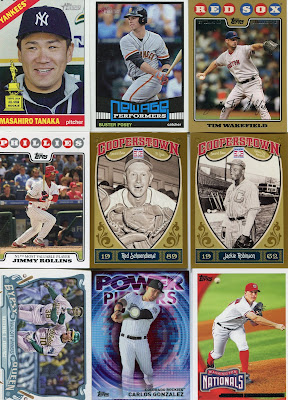 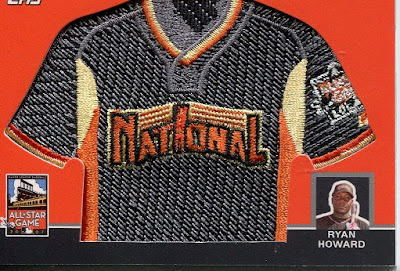 Happy Post Valentine's Day and President's Day! Hope everyone had a nice long weekend. We enjoyed it. Also, Happy Chinese New Year's! Lots of happiness to go around.

Just a card I picked up recently. 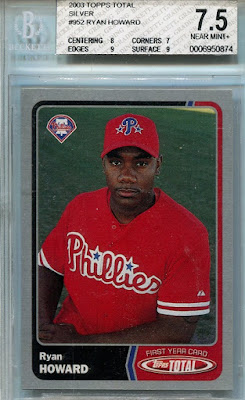 Not graded high.. but I don't care! Cost me a dollar! This is the 2nd Silver one I have, but I won't turn them down for that cheap. Topps Total is a massive set so they don't turn up that often.

Thanks for reading!
Posted by Brad's Blog at 5:38 AM 2 comments:

Topps seems to be variation crazy these days. I think in the junk wax error there were variations but it was mainly due to printing errors and then they corrected them and then people wanted the originals. These are purposeful variations. I don't personally go after all of them cause there's too many for myself to keep track of, but if I can trade or get a card super cheap sure why not!?

This is a Gypsy Queen picture variation! 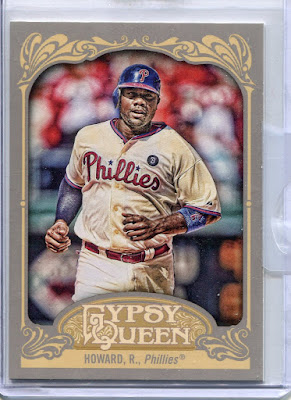 Or maybe he's trotting in this picture. He did hit quite a few home runs in his career. This might be the last year of his career. He is making big money this year and next year has a 10 million buyout which the Phillies will most likely option to do. Lots of young talent coming up through the minors. I want to see him continue but part of me wants him to retire and have his entire career as a Phillies player. He won't be a Hall of Famer but he will definitely make the Phillies Hall of Fame, I'll have to get tickets to that game to see the ceremony! 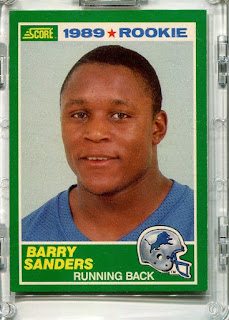 Always excited to add a 1993 Finest refractor to the collection. As many of you know it was the first official year of refractor's in Topps Products. The estimated print run is 241 per. I would love to bust a box and pull one of the huge names but I don't think its worth the 350-400 dollar risk. I am going to go after the Phillies Team Set though!

None other then Dave Hollins! 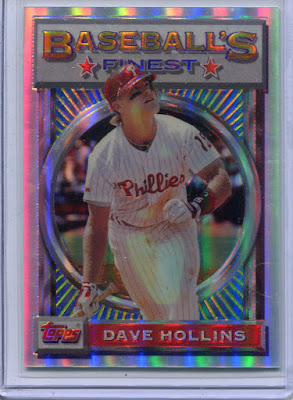 Thanks for reading!
Posted by Brad's Blog at 4:31 PM 2 comments: