I hardly opened any wax last year. I probably won't open much this year. I believe my only box last year was Ginter X (did quite well was happy with it, hit a Griffey Red mini and a non-sport auto numbered out of 5) I've been selectively picking up some Ryan Howard parallels. I really like the look of these 2. 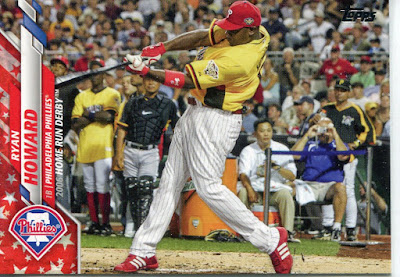 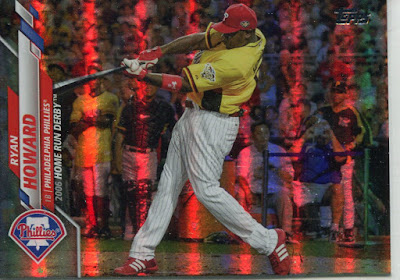 The top one is numbered out of 76 independence day parallel. For bigger name guys and rookies these parallels have been really popular. They seem to sell well. The bottom one is the Rainbow foil, much more common but none the less very pleasing card to the eye.

I just finished watching the Phillies Braves game. I am a definite homer when it comes to the Phillies but Bohm was out, that being said he was called safe, so I'll take it! Acuna is a beast. That is all.