Several years ago I decided I wanted to chase a true master set. I wanted all the parallels and inserts and autos. I wanted something attainable but hard but also not impossible. (I will never own all of the crusade reds or anything like that) This did take a while and it was difficult to find everything and piece it together. Alas, it is done. I am not counting the Roberto Clemente Cut auto as part of the set because I probably can't afford it and it may never surface ever.

I did not picture the base set or the reciprocal set. Numbers 61-90 on the base set were short printed 1 in 4 packs. Those same numbers for reciprocals were 2 per box.

Shockwave insert set (1 in 4 packs) -- I have an extra one or two sets of these from busting packs. 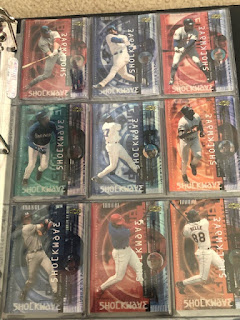 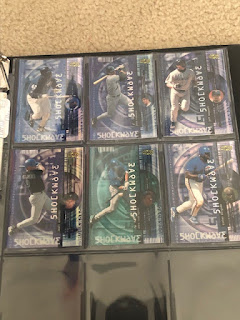 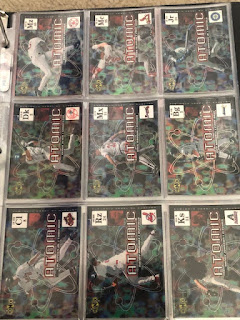 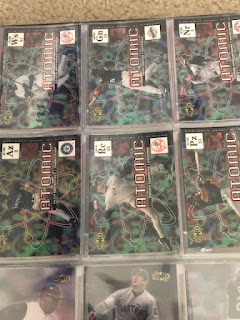 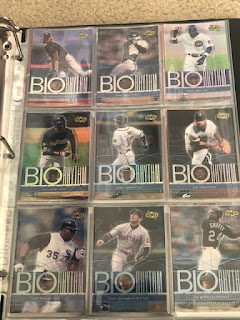 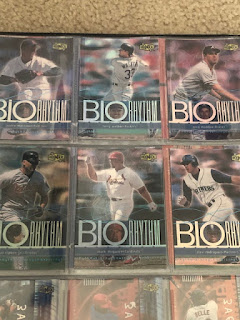 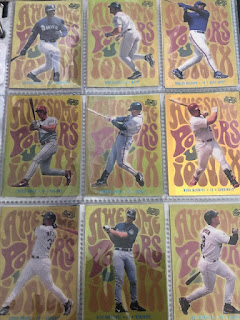 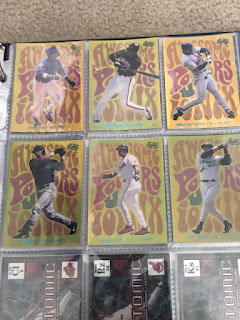 Pyrotechnics (1 in 72 packs) -- Griffey was the toughest from this set for me to get. Got lucky on the Thomas and snagged it for a dollar. 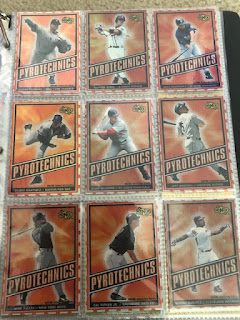 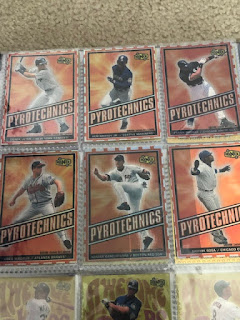 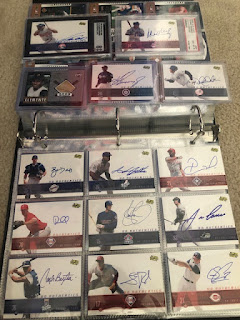 I included the Clemente bat (350 across the print run) because I happened to pull it myself. Otherwise I doubt I would be chasing it. It's a keeper though for sure. The Griffey was by far the most expensive auto with the Jeter in 2nd. 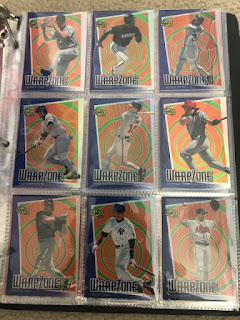 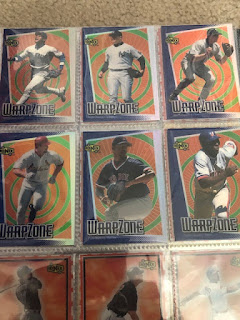 These would come and go and some be on ebay for very expensive prices. I scoured different sources. Originally I wasn't planning to get them but after I picked up the Jeter for around 20 dollars I figured I'd give it a go. The last piece was the Nomar. I feel like its short printed. The Griffey goes for good money too but thankfully I got mine for under 100. The Bonds and Maddux I pulled in a pack (the same pack in fact). I have doubles of the Ivan Rodriguez, Pedro, Maddux and Sosa. My Arod isn't perfect I'd consider replacing it at some point buts it not high on the collecting list.

What are you guys working on? I've been working hard on getting organized. I am done with my 80s Phillies want lists and now I'm working through the 90s. Its taken almost 2 years of looking at cards all over the floor but I am actually making progress.