My favorite card in my PC

Hi Everyone! I wanted to post something and I've been super bad about scanning so I don't have a ton in the folder at the moment. Do have some super old trades that I completed over a year ago which I know I'm terrible. I haven't been trading much lately mainly due to time and I don't have a ton of new cards in general. I've been much more focused in my collecting then just buying everything I see. I like to grab a blaster here or there just to see what sets look like in person but mainly pick up singles. I really do want to bust a Chrome case but the prices are just too high at the moment. 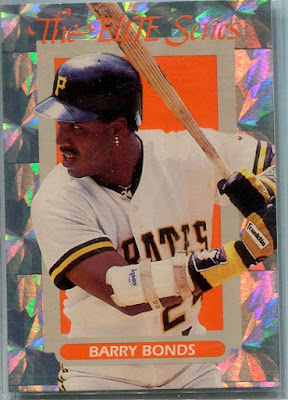 It's numbered out of a minuscule 10,000. The exact odds were never revealed according to wikipedia but the general consensus is 1 in 45 boxes. I remember pulling the card when my family was visiting my Aunt in Massachusetts at that time. We posted the card up on those message board things in the early 90s to see if I could sell it. One person offered me 35 dollars and I turned it down. It's still probably worth roughly that but the nostalgic factor is way way higher.

What's your favorite PC card? I have some expensive cards of course but this one ranks #1.

Thanks for reading!
Posted by Brad's Blog at 4:59 AM