I was able to procure 5 boxes off of ebay for a price I felt comfortable with. I was originally planning to keep 1 sealed but eh I don't have that kind of will power. Each box is 24 packs per box. 4 cards per pack. I was specifically searching for the Griffey Auto because I've yet to see one surface (I'd overpay or pay market or whatever) (spoiler, I did not hit the Griffey auto). Regardless, these were fun to open and I did chip away at the master set I am going after. 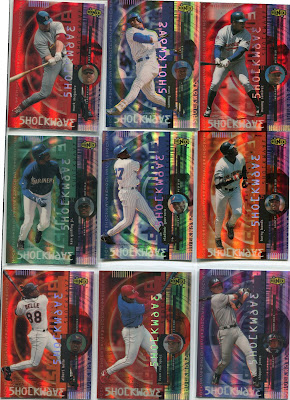 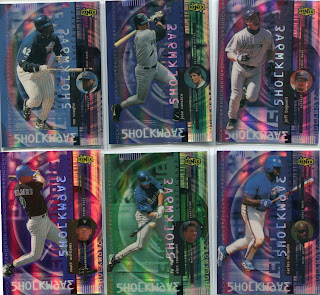 Shockwaves were the most common insert being 1 in 4 packs or so. I completed another set of them and have a bunch of triples or more. 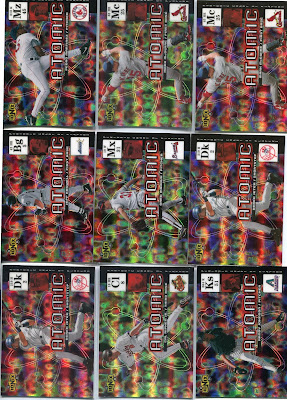 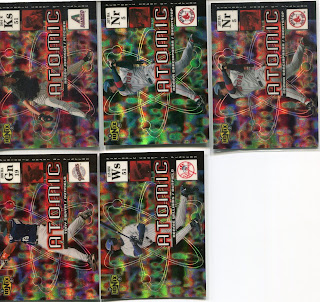 Next easiest to pull were the Atomics. Nice looking cards. All doubles or more as well. 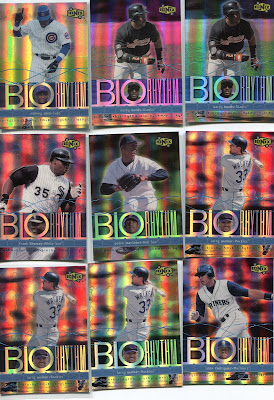 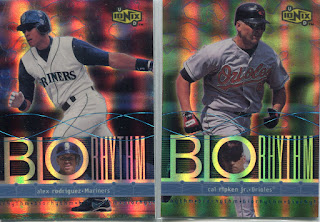 Next in line were the Bio Rhythms. Not as fancy as the atomics but still pleasing to the eye. 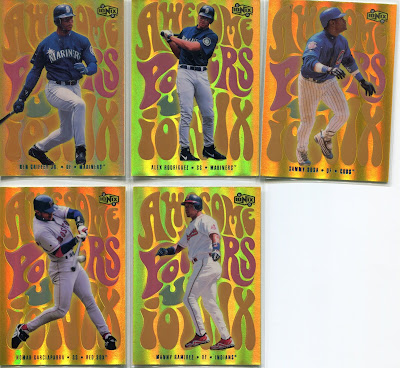 The Awesome Powers fell 1 per box. It was nice to hit the Griffey, that's easily the best one in the set. 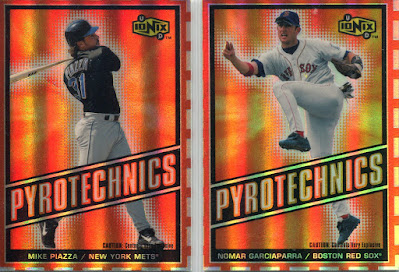 The Pyrotechnics fall 1 in 72 packs so no guarantees to get any. Unfortunately these were both doubles. I still need the Bagwell and the Griffey to complete these insert set. 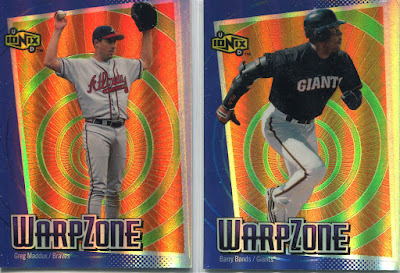 Now here is the fun stuff. Yes, I hit 2 Warp Zones. Yes, they were in the same pack! I already had the Maddux but the Bonds is new! That was an amazing pack to open. And literally the next pack I got this... 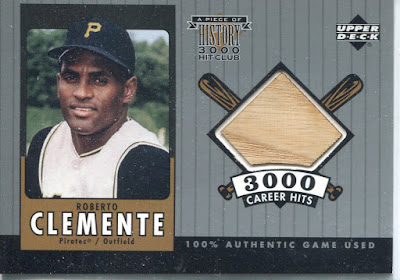 A freaking Roberto Clemente Relic! There are no stated odds on these just listed as 350 across the entire print run. I wasn't including it in the master set originally but now I am!
I got all the requisite reciprocals. Lots of doubles. I also now have 8 base sets if anyone cares.
I still need the Jose Canseco, Manny Ramirez and Griffey Autos. (The Canseco I did buy in February but I think its lost in transit)
The cards stuck together some but don't think any were damaged. I was quite pleased with how they came out of the pack. I'm inching closer to the Warp Zone insert set. Slowly but surely. It's been tough to find but fun!
Thanks for reading!