A trade completed with reader Scott!

I recently completed another trade with a fellow blog reader Scott (I read blogs too). He is kind enough to throw any Frank Thomas's he finds my way and I send him a random assortment of stuff he likes. It's been working well now for about a year and a half or so (wow go blog!)

Check out some cool cards! 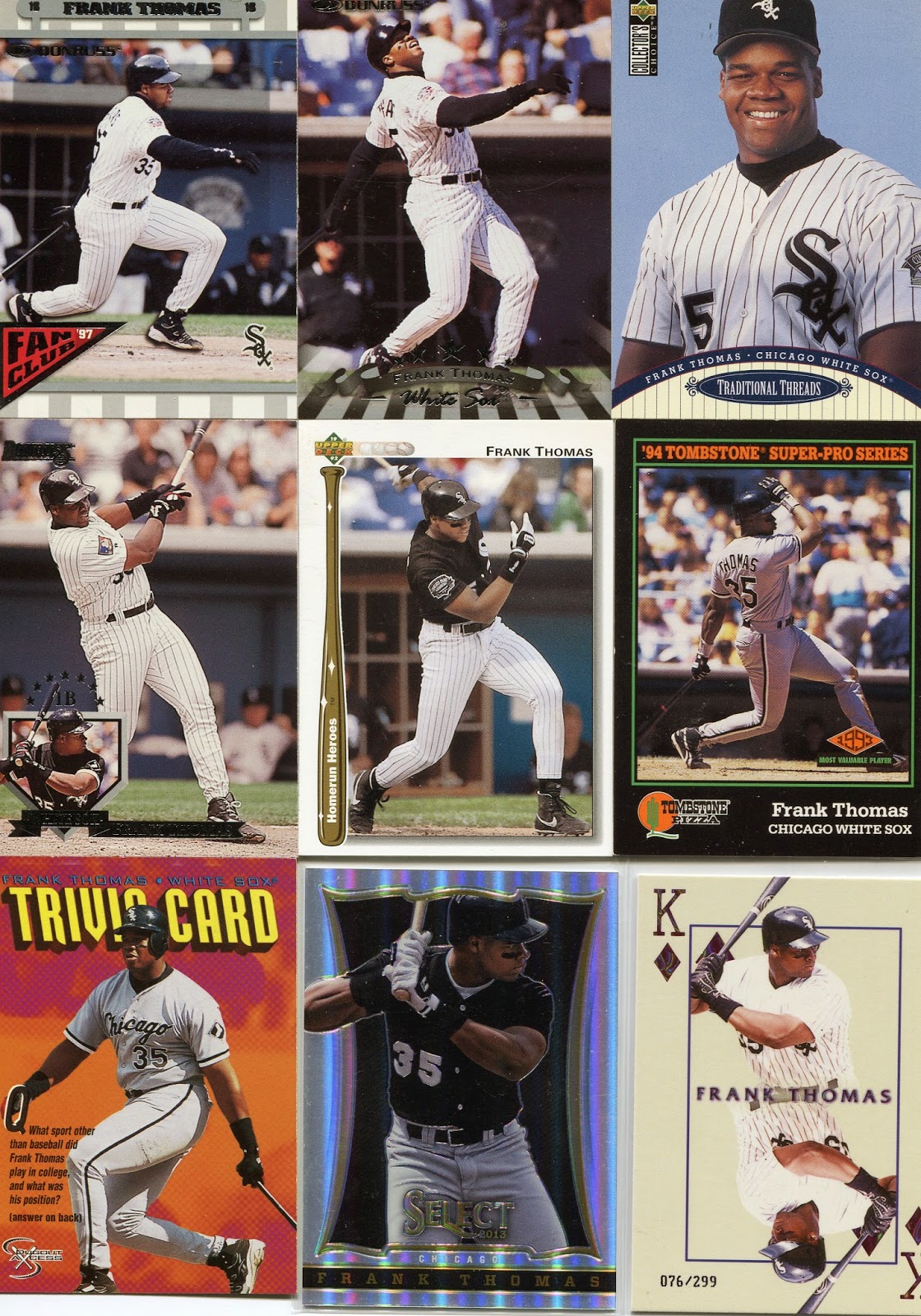 A whole lot of Big Hurtedness (made up a word!) I really like Prizm refractor and the playing card thing! 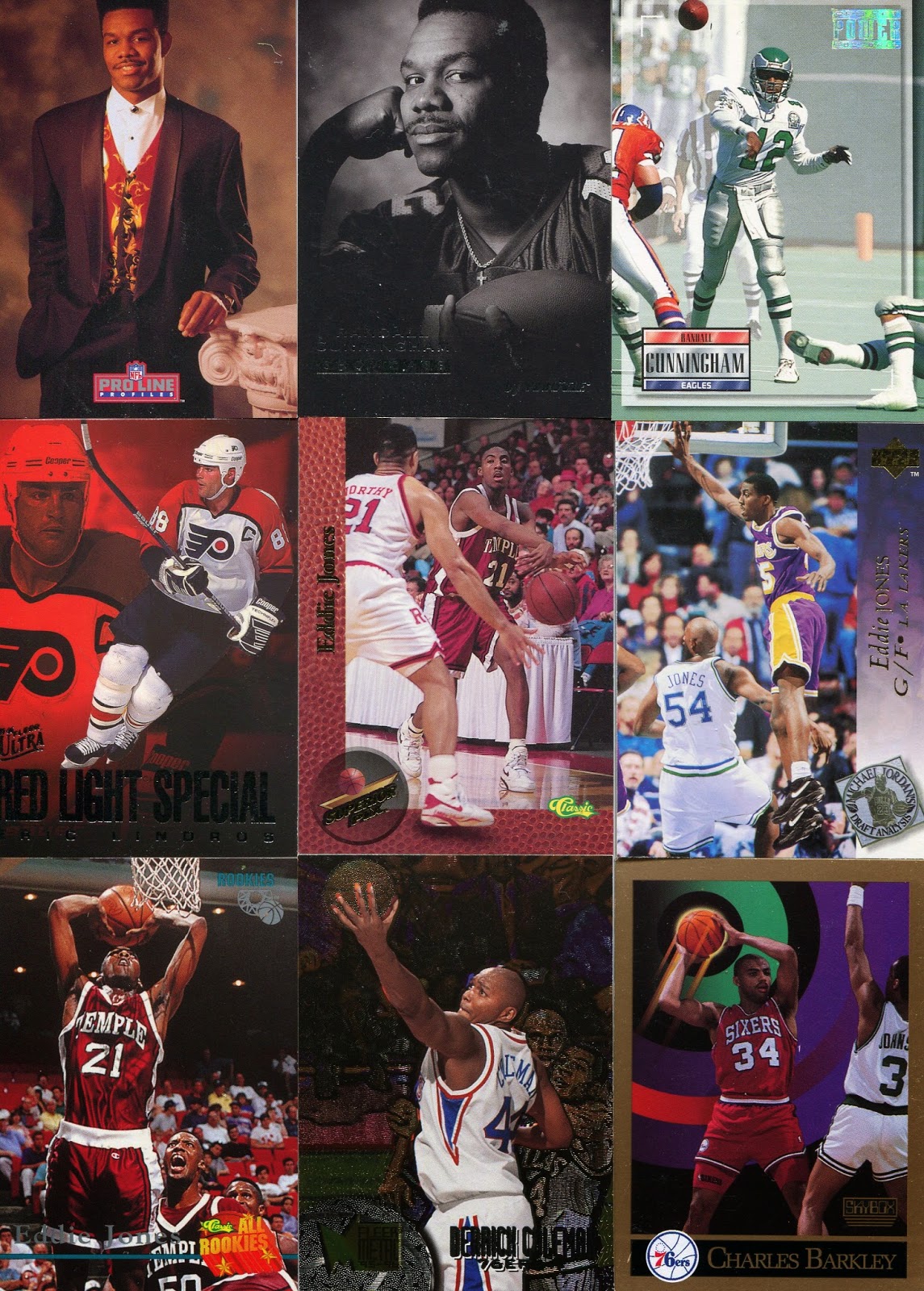 A random Philly assortment. Randall looking suave in his photo shoots. I'm still mad at Gary Andersen for missing his first kick of the season to go the super bowl against the Falcons. He should've made that and we would've gotten to see Moss and Cunningham in the big game. Would've been fun! Eddie Jones is a big fan favorite around here. He was great at Temple with Aaron McKie as his running mate.

Fun Fact: the year before Iverson won the MVP (2001) the Sixers tried to trade him for a package centered around Eddie Jones. The reason the trade did not go through was Matt Geiger (Sloth) did not want to leave Philly and refused to waive his no trade clause. That's probably the biggest contribution of Gieger's career! 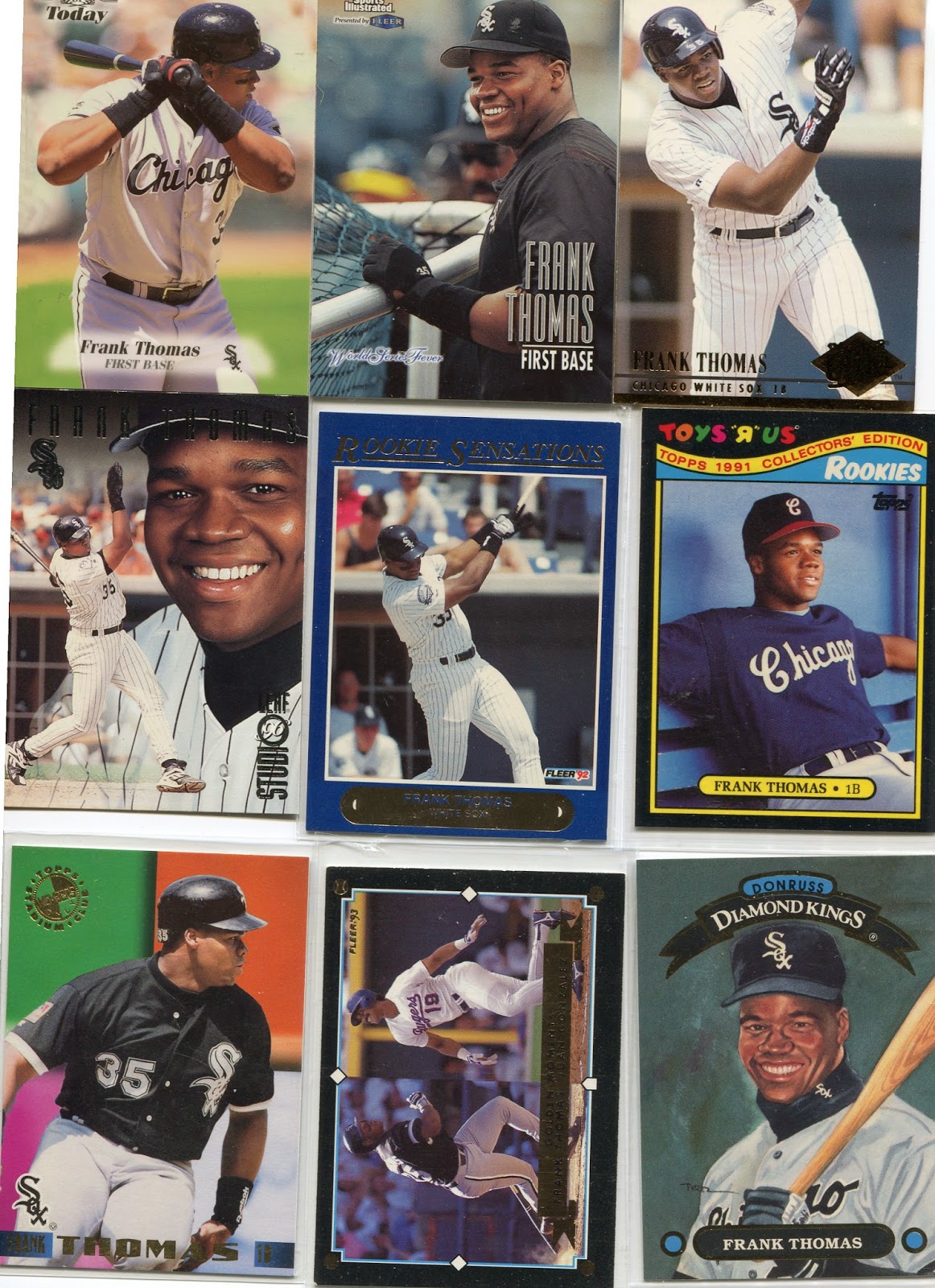 Some more Mr Thomas! Always a good mail day when 18 cards are added to my list!

Thanks for the trade look forward to the next one!

Also.. CHROME IS HERE!!!!!!! I e-mailed the store last night (atlanta sports cards) because I could not find my invoice (my bad I deleted it). Give props to them they were super responsive and gave me a tracking number in no time. Not so much props to the UPS guy who decided to leave the case at my front step (I live in an apartment complex) Thankfully I got home from work normal time and nothing was amiss. That was a bit nerve wracking to say the least. At least it is here. Have a busy few days ahead so not sure when What's in a Case will begin!.. But maybe a box here or there before the weekend!