I do collect some Ginter.. but mainly Ryan Howard. I was able to snag a few of the rarer minis early on. 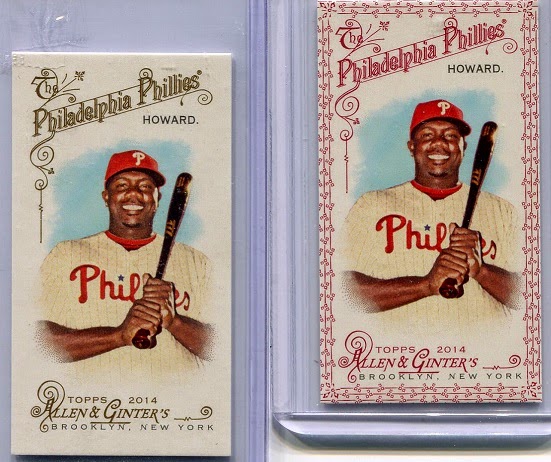 The one on the left is the No number mini (out of 50). The one on the right is the new ones inside some box toppers this year numbered out of 33! 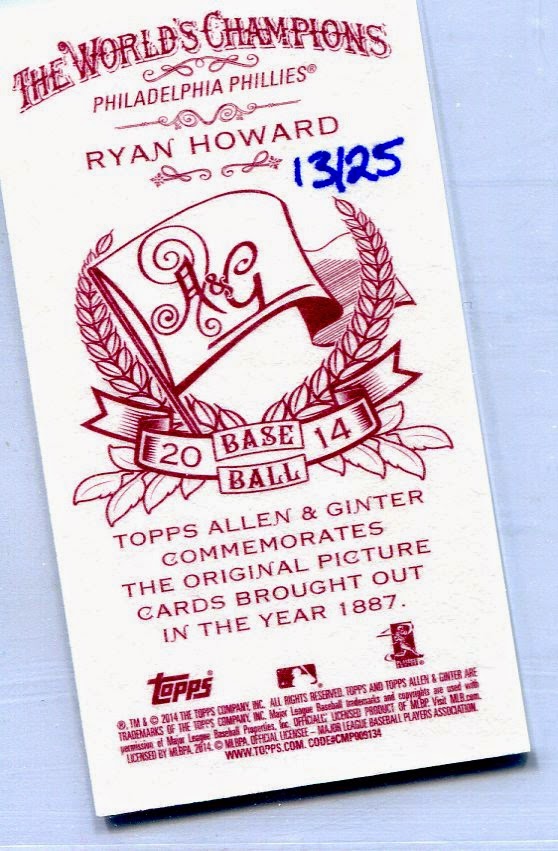 This is quite obviously the flag back numbered out of 25! I was happy to snag this one because its tough to find after release. Seems like people hold onto them but thats cool!

Gint A Cuffs is over, already looking forward to next year! I'm not in last place which is nice. Finest has been released but only one Philly card in the base set. I don't plan on partaking in the wax ripping. My next endeavor is Chrome! What's in a Case series will return!

Thanks for reading!
Posted by Brad's Blog at 7:00 PM