A Year in Review.. Ryan Howard a retrospective!

As stated many moons ago (last January-ish) I decided to go after all Ryan Howard parallels for the year. Early on the year I did really well, and was able to get a lot of them and a few of the rarer ones. I lost some steam during the year because funds had to be re-allocated else where (like getting married!) I'm not upset I didn't go after Bowman at all this year.. I wasn't impressed with the static and the bubbles. I am happy with Topps Chrome this year. They eliminated the pink refractor (was super hard to find last year) and made it fun to go after rainbow's again. 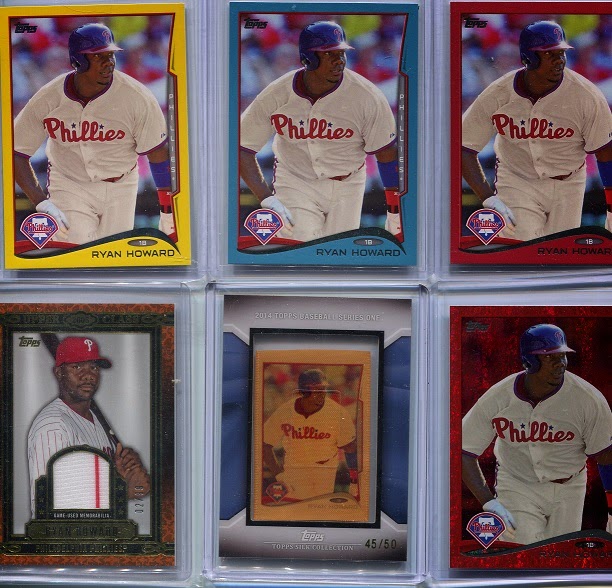 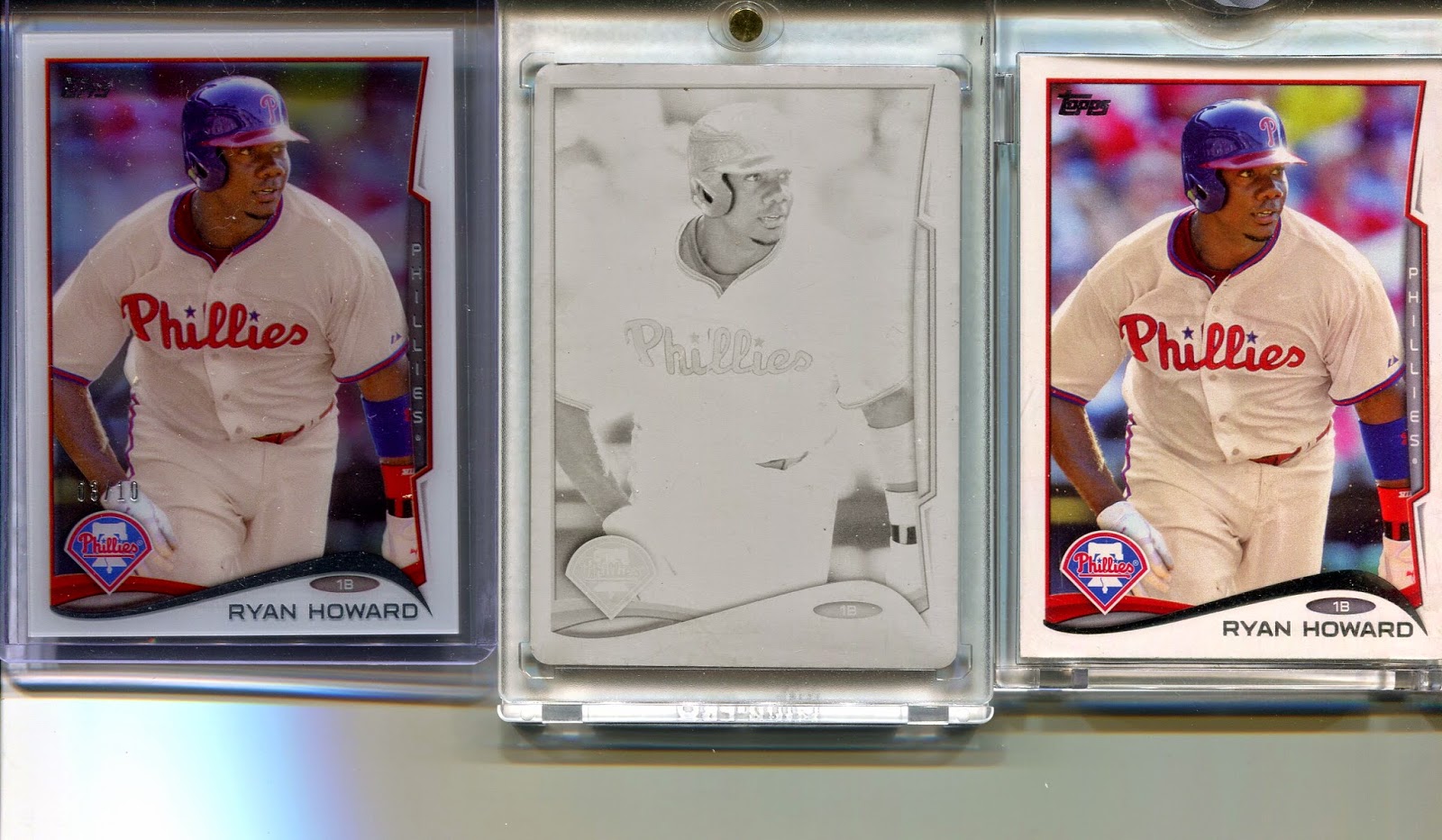 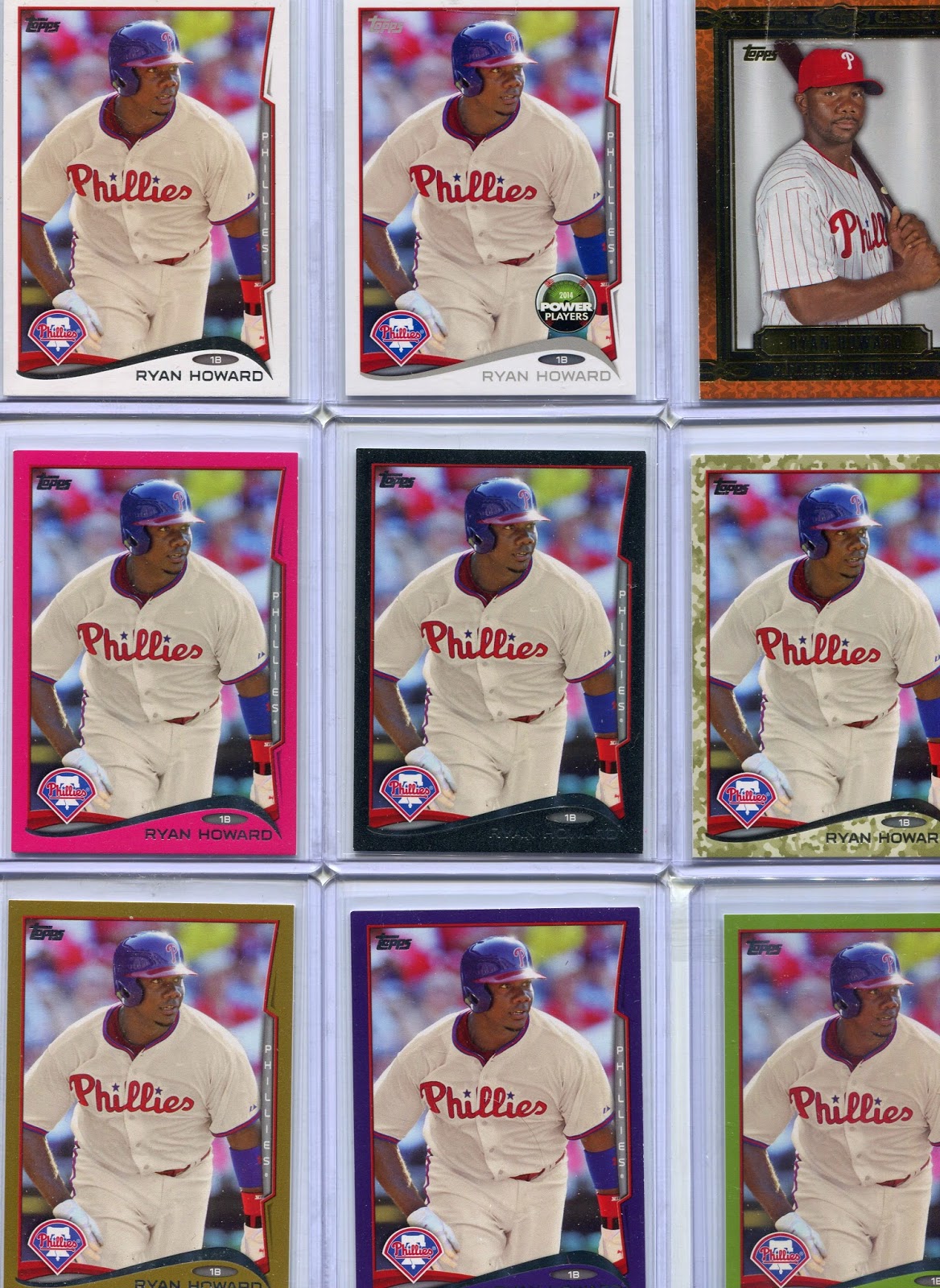 Not too shabby for Topps Series 1. As far as I know no other plates and the platinum ever surfaced, or I missed them.

Just both relics. One numbered out of 99, one not numbered. Kinda hard to tell the difference! 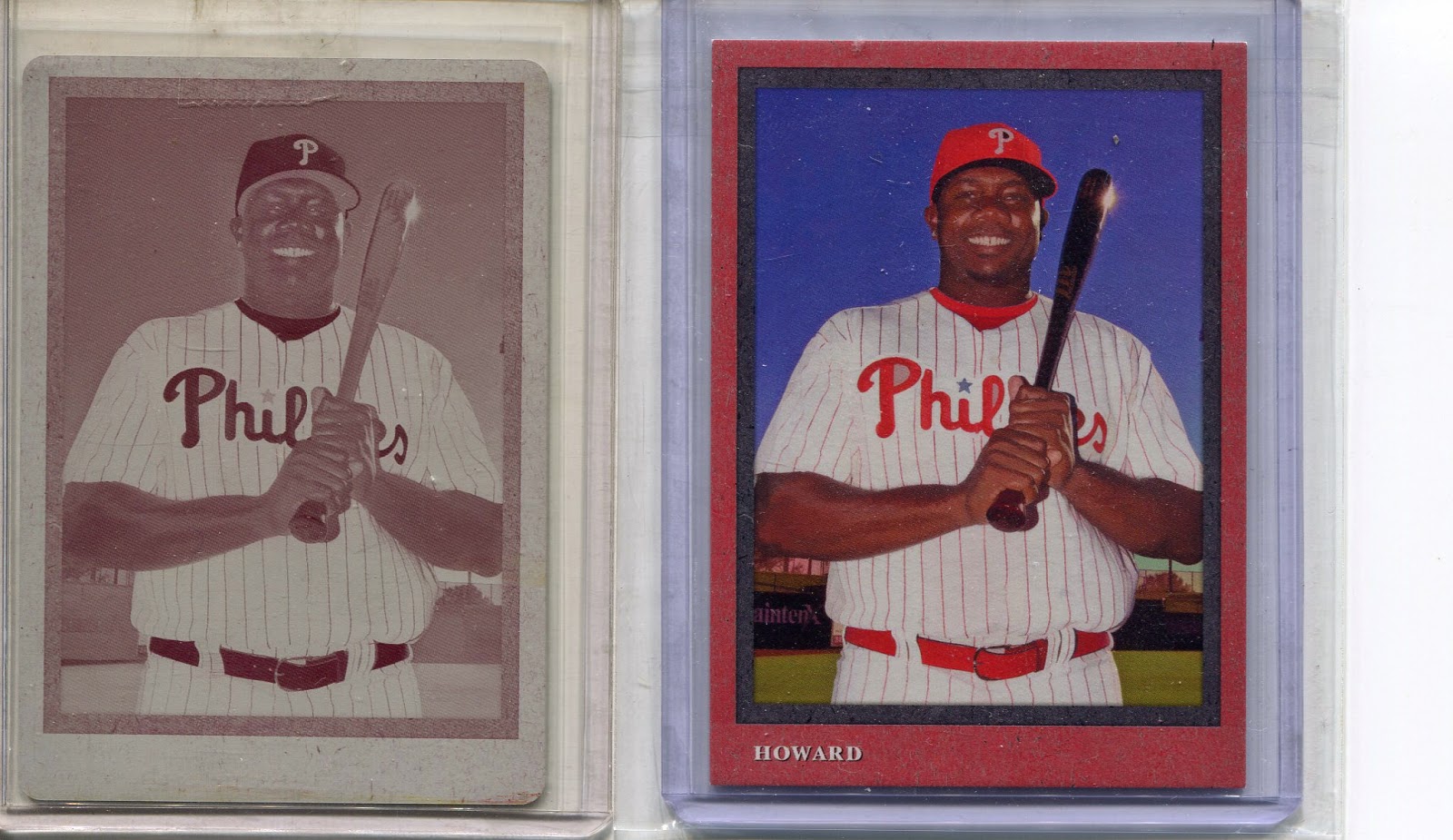 Got one plate! and the base card! That's it. I think the only other things out there are the plates. 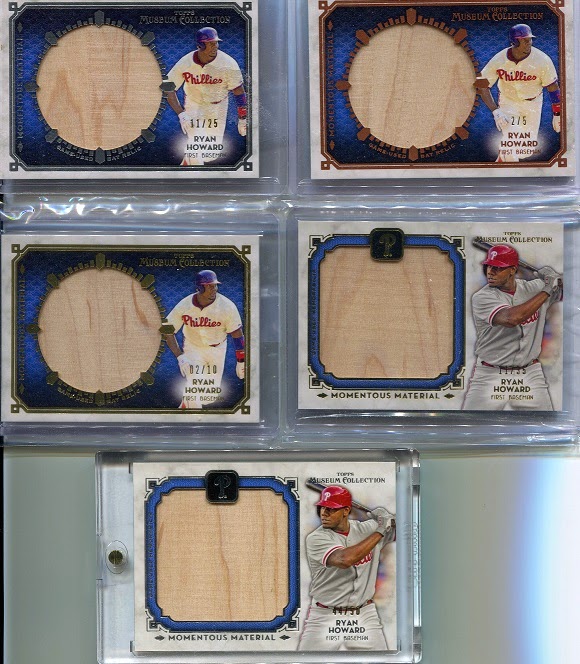 I tried real hard to get a patch out of 5 but the guy would not budge off his ridiculous price. Oh well! Three Circle relics are numbered out of 5, 10 and 25 respectively! And the Two squares are 35 and 50. I'd love to bust Museum but its beyond my risk tolerance. 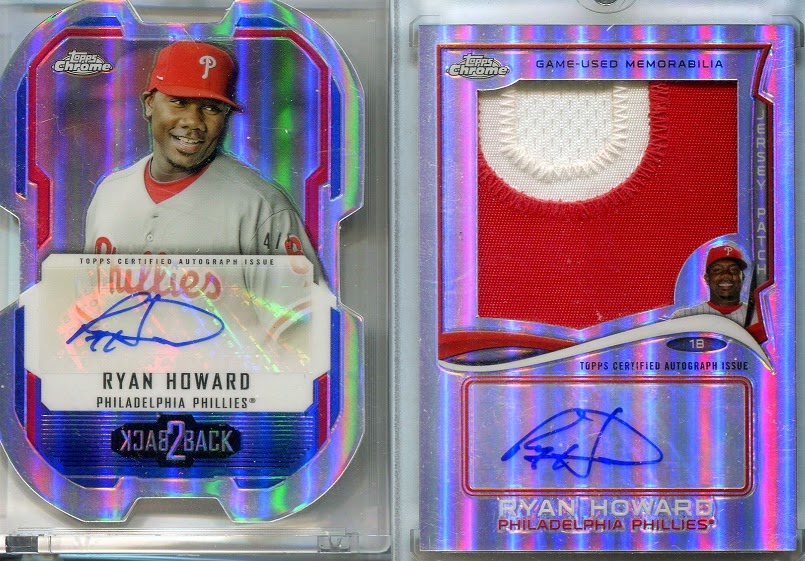 The Ryan Howard is a really nice back to back auto (1 in 17K packs!) The guy on the other side is Joey Votto. Also, I was really happy to pick up the relic auto. Very sharp looking cards. 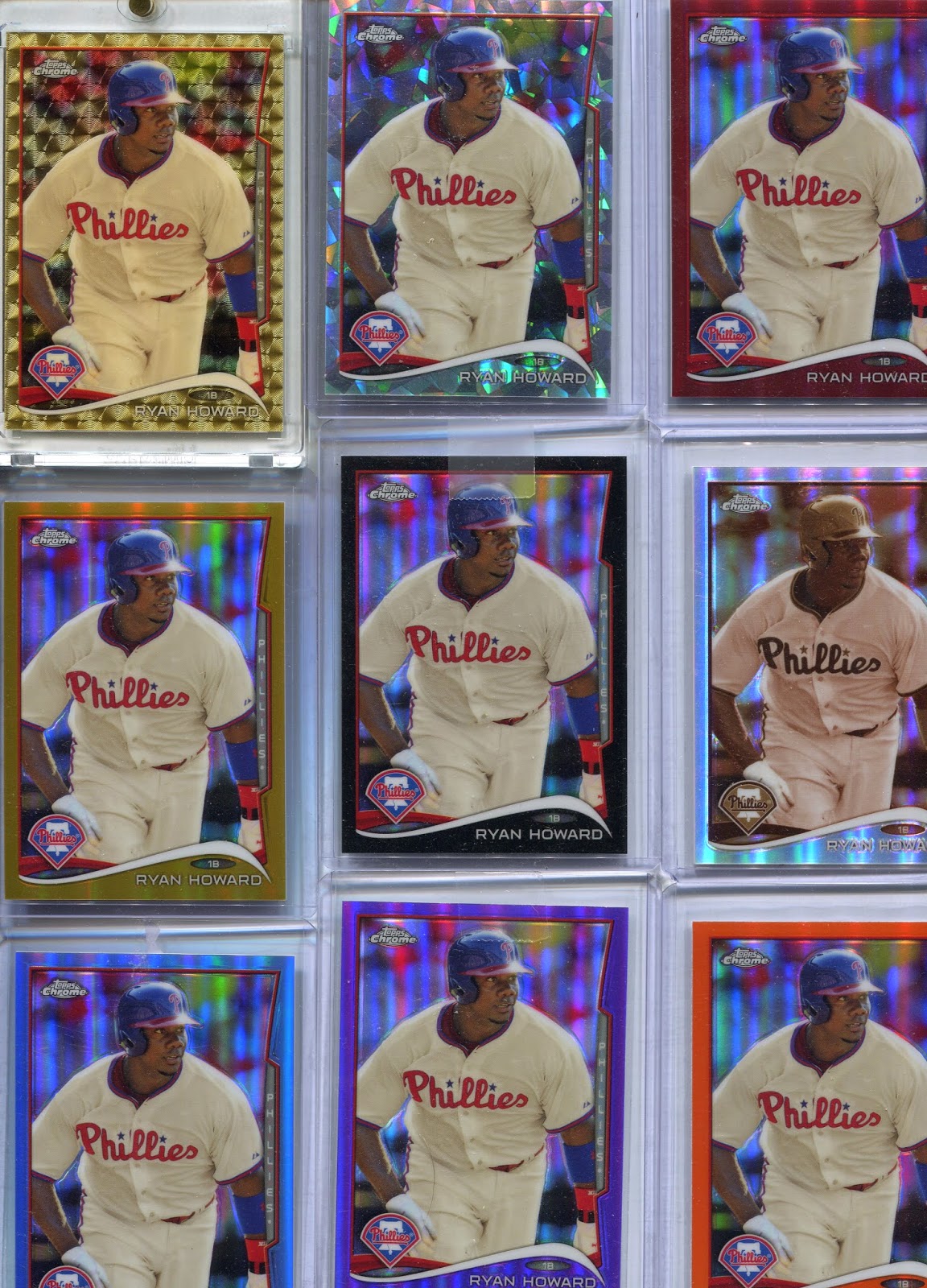 I know a bunch of you requested the Rainbow scan! I decided to put it all in one scan instead of 9 scans. The Super on down! I now have 2 official completed rainbows (only missing the super for 2013 Chrome).

I didn't get any Howard Triple Threads this year. Seemed like the prices weren't in line, but that's ok I'm sure they'll surface again after a time.

Thanks for checking out my 2014 Ryan Howard collection!