Trade with Bob Walk the Plank!

Mr. Bob Walk the Plank and I have been blind sending some cards back and forth a few times now. I try and pick up some cool Pirates when I'm able to hit up a card show and he has delivered on some really cool Phillies cards!

Check out the new ones! 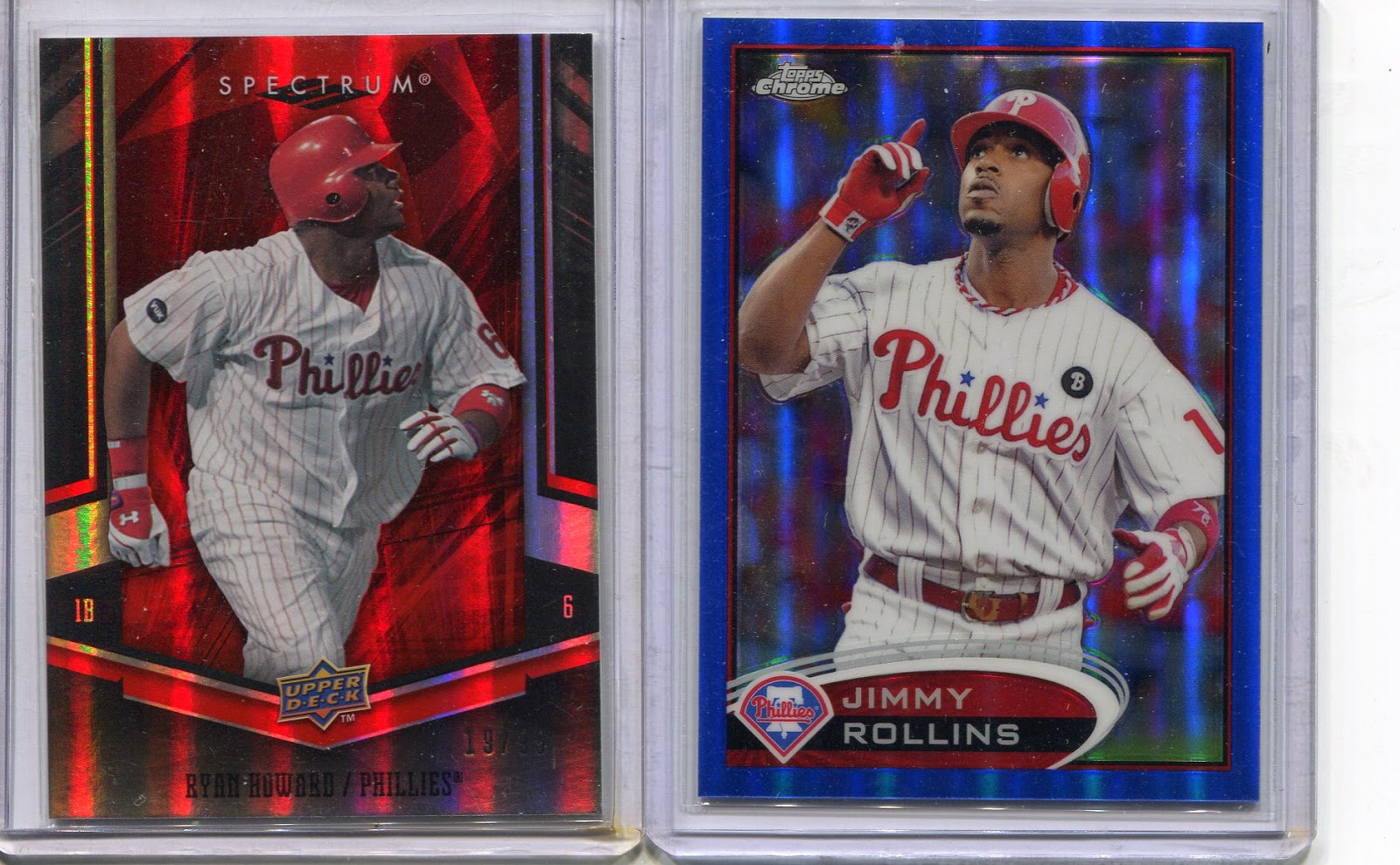 A Jimmy Rollins 2012 Topps Chrome Blue refractor. This is before they changed the blue to a lighter blue. I think the darker blue is better. Also, have a new Ryan Howard Spectrum parallel. I have no idea how many different parallels were in that set but any new one is a good one!

Here's a couple of pretty sweet relics! A Chase Utley and Joe Morgan dual relic. Pretty nice card design. A Kevin Millwood relic with a pinstripe. That's the one game growing up I regret not going too. I was offered tickets to go to the Kevin Millwood perfect game and I declined because I had to do homework or something stupid. I wish I went to that game. I've seen a Grand Slam in person but never a perfect game! 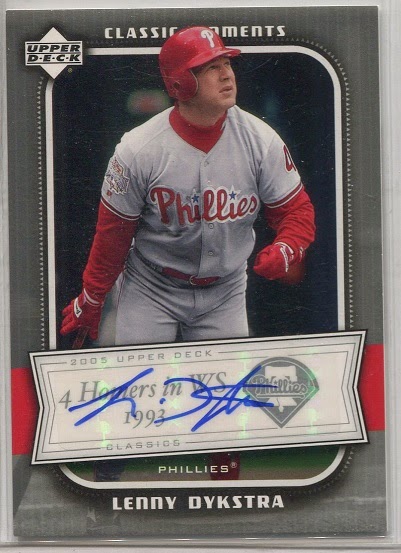 Nails! This guy was one of the tougher ball players in the 80s and early 90s. Not the best financial planner in the world but he was on TV for that, so that's something. That 1993 team will always leave in the annals of Phillies history. It was the year that turned me into a Baseball fan, but young me didn't understand why the Phillies just couldn't make the World Series every year. Seemed so easy!

Thanks for the cards, I'll be sure to be on the lookout for some Pirates and Thanks for reading!
Posted by Brad's Blog at 7:03 PM