I've been kinda a lazy blogger lately, but that's ok. Been busy with life stuff. All good though! I have some old scans just want to show off.. old scans of old cards! I'd like to start showing off some of my Phillies team sets and some other things that I always mean to show and never get around to it. Hope everyone is excited for Topps Series 1! I haven't read much about it but I'm sure I'll pick up a pack or two eventually to see the cards in person. May many monster pulls be in your future! 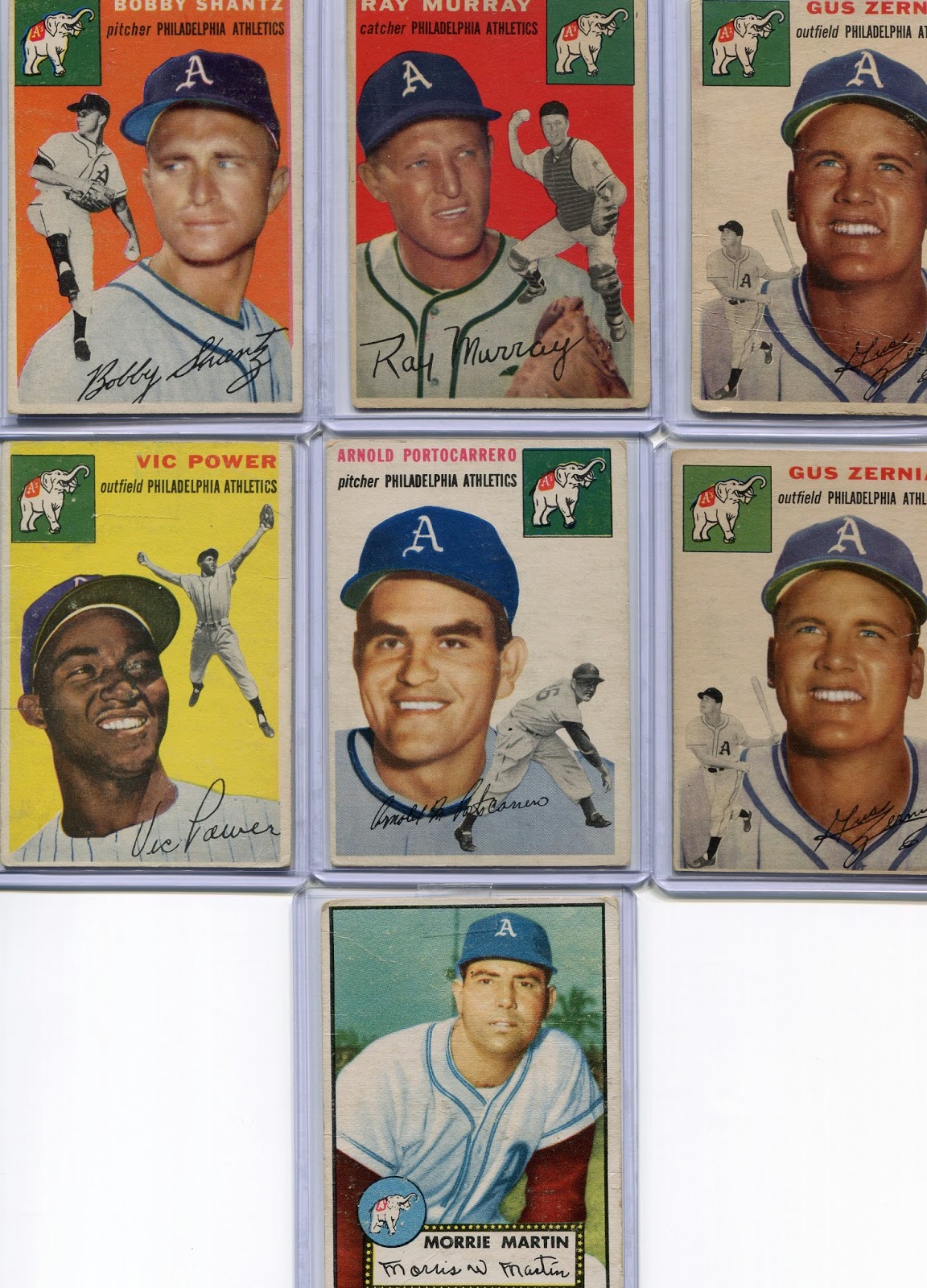 1954 was a good year! At least for cardboard. I do like the look of the sets in the 50s. If I ever make a lot more money I do have designs on completing them all.. who knows maybe it'll happen! 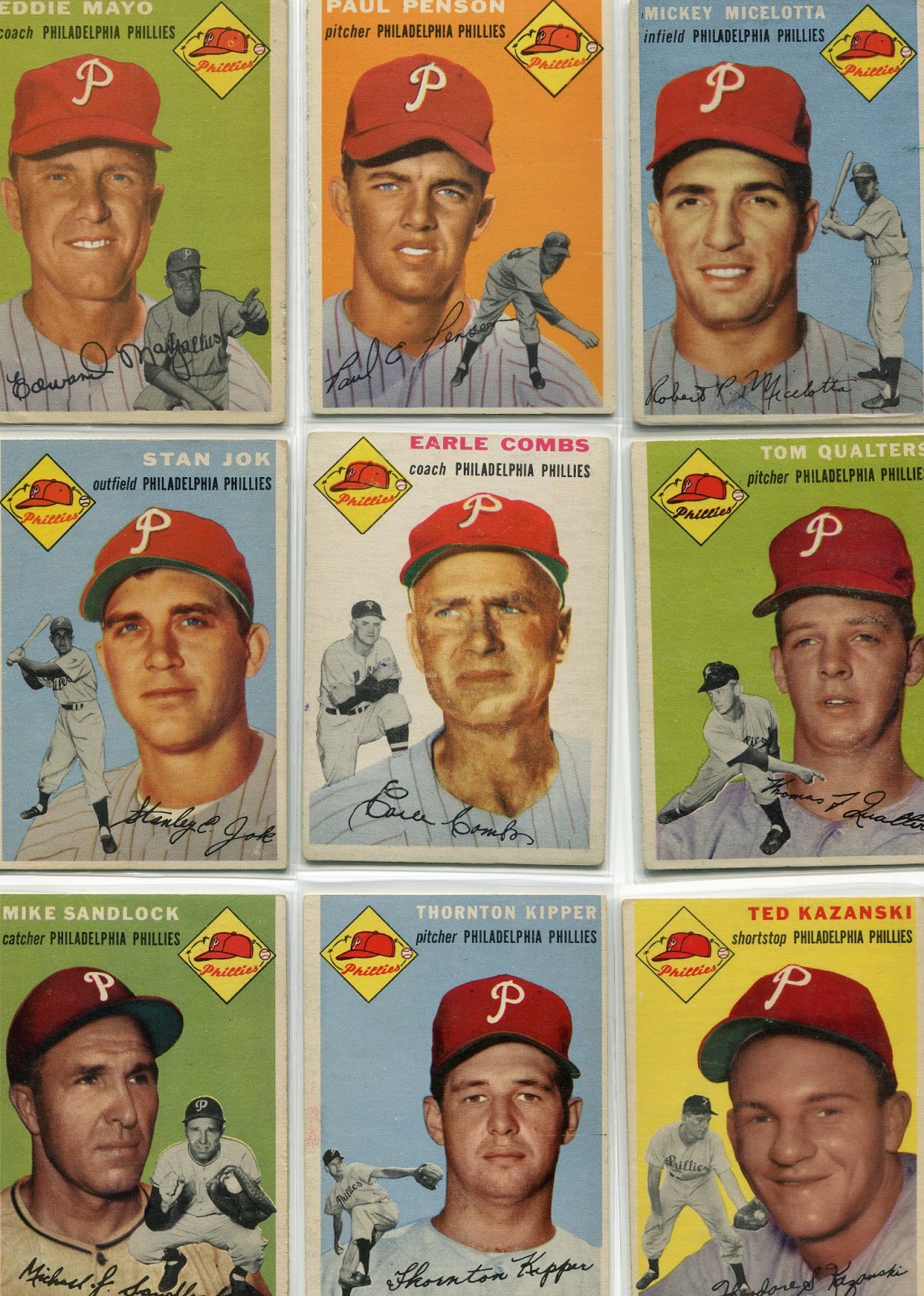 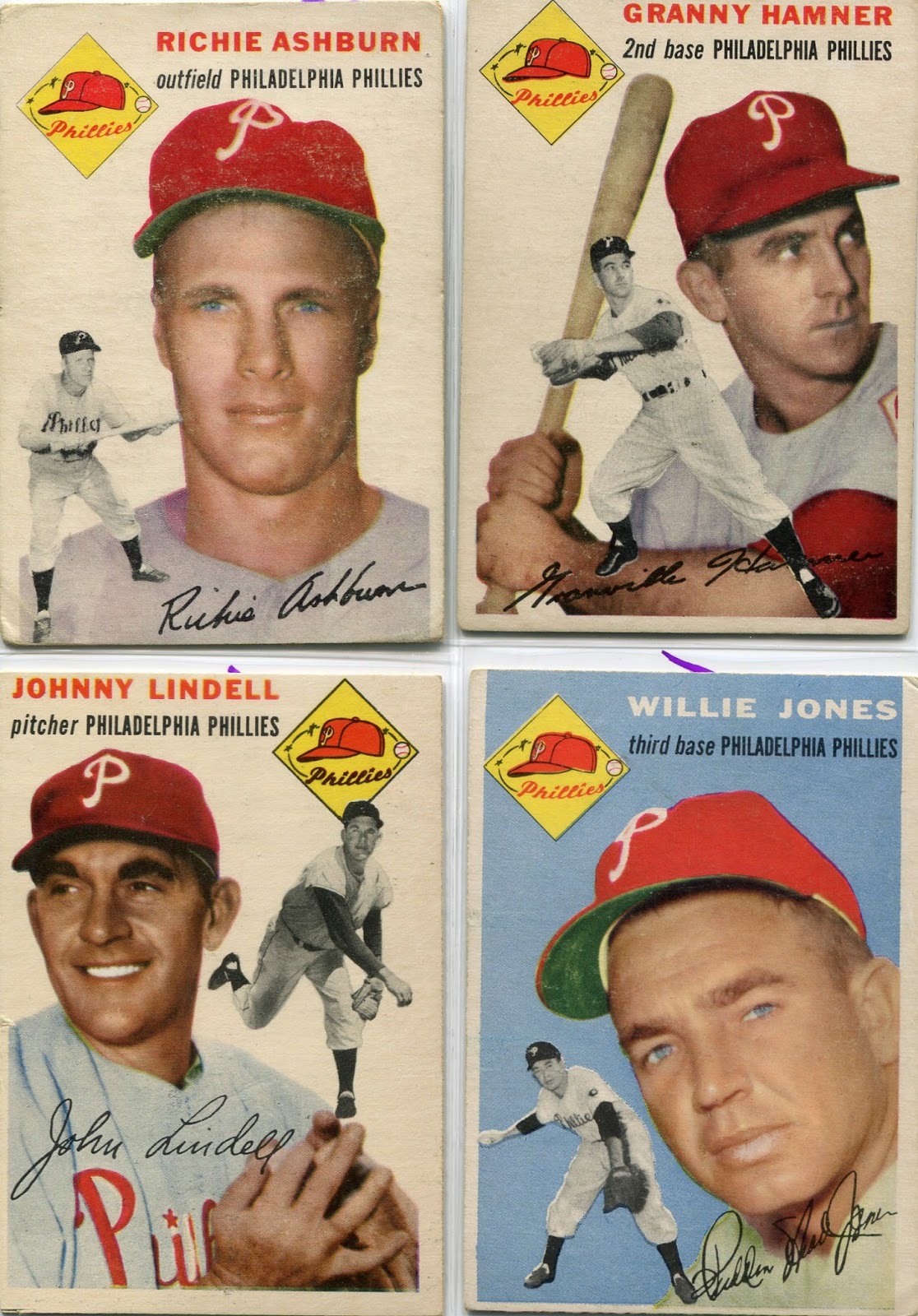 Some solid cards in this Phillies lot! The Phillies were a solid 75 and 79 in 1954. Richie Ashburn made 21 thousand dollars that year. That roughly translates to 183K in today's dollars! What a sweet bargain for a hall of famer! He'd be banking 25-30 million a year the way salaries are now a days.

Thanks for reading!
Posted by Brad's Blog at 7:27 PM