My wife was kind enough to stop at Wal Mart and check if there was any of the new Bowman Platinum. She was able to pick up 2 of the collector's boxes which guarantee 2 autos per box. 40 packs total. Was a fun rip. The base cards are rather shiny and the inserts are nice looking. I was pretty happy with the break overall... 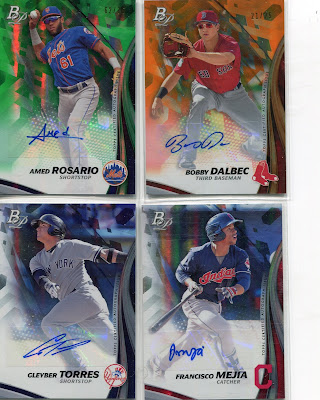 Four really solid autos. The Torres sells pretty well on ebay last I checked. Rosario is the Mets number one prospect. The Dalbec is numbered out of 25. 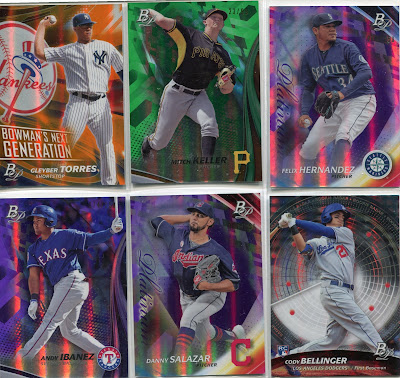 Didn't get a Judge Rookie Radar insert but did hit the Bellinger. The Torres Orange was the rarest card of the break at 1:1:100 packs! 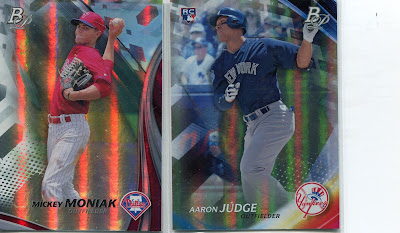 This was the only Judge of both boxes.The Moniak was flipped the wrong way in the pack and the first 3 times that happened it was the auto of the pack. When I saw it the first time I thought Topps forgot to put the auto on it. I was annoyed but I'd live. Then I pulled another auto and I went back and checked, it's the Rookie variation (roughly 1 in 165 packs!) I was pretty happy about that pull being a Phillies fan.

Thanks for reading!
Posted by Brad's Blog at 8:04 PM