I'm currently watching the Pirates vs Reds game so what better time to post about some cards I received from Collecting Cutch. If you couldn't tell by the name of his blog he is a big Andrew McCutchen fan and has quite an impressive collection. I'm glad hes had a bit of a bounce back year after all the trade rumors. Hope he continues to be productive.. even though I don't root for the Pirates he seems like a good person. 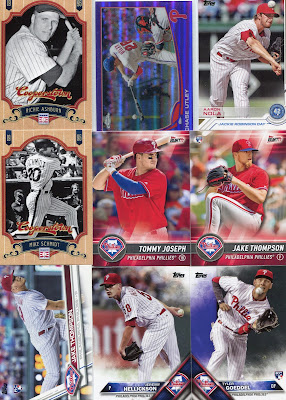 All I did was enter one of his contests.. not win and I still win! Always a big fan of Topps Chrome. Really wanted a case this year but the price point rose to a place I couldn't afford. Hoping it drops a bit more then maybe I can buy in later. Currently prices are 92 dollars a box which would come to roughly 1,100 a case. Still a bit overpriced in my opinion. 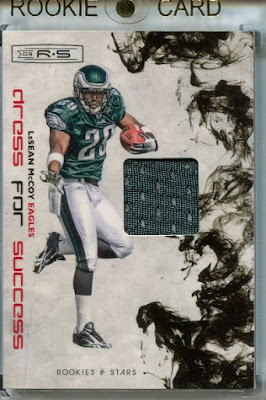 This is a pretty sweet Shady relic from his Rookie year. He is arguably the greatest Eagles RB of all time. It's a shame Chip Kelly rolled in and literally traded him straight up for Kiko Alonso... no draft picks nothing. What a disaster. Imagine this Eagles team with a legitimate running back behind Wentz.

Thanks for the cards, working on a return package that I've had ear marked for you for a while!