At the same time Wes from Jay Barker fan's Junk was sending PWE's he also sent me the goods from his last Trade Bait draft. I was pretty busy during it and he got me exactly what I wanted!

Check out the fun! 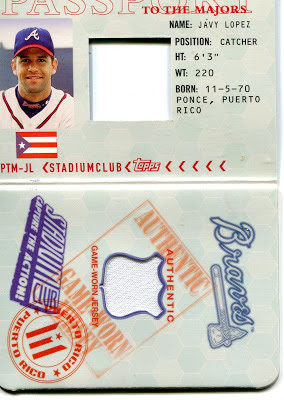 This was my first pick. Not because I like Javy Lopez, just really like the Passport design of this card. I think its really creative and fun. And I own a passport, so I'm almost a Major League Baseball player.... makes sense. 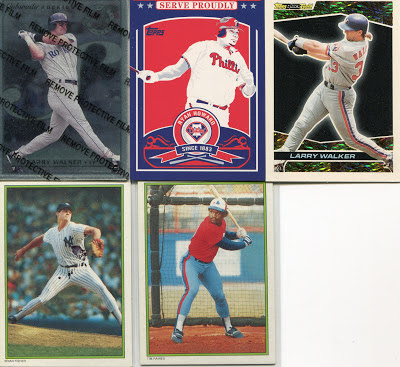 Love those Leaf Steel cards (this one I freed from its protective sealant thing after scanning though oops). The Ryan Howard has this cool reverse negative thing going on. The other Larry Walker I didn't have from 1994 Topps Black gold. How many cards are in that set? I think I have 18 different ones now almost exclusively from Trade Bait drafts! 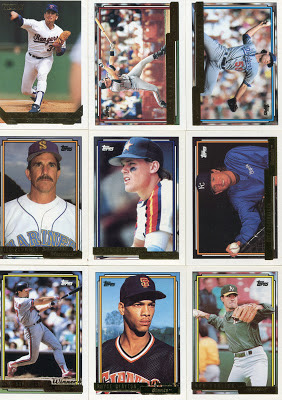 All I have to say is GOOOOOOOLLLLD!!! Love me some 1992 Topps Gold. Always thought they were impossible to get when I was a kid so I was more then happy to grab as many as I possibly could! The only one from 1993 is a pretty good player named Nolan Ryan (recently featured on the blog as well). Future Hall of Famer (he was robbed this year) Craig Biggio chillin' in the middle!

Thanks Wes for hosting a great draft!

And Thanks to all my Readers out there... for reading!