A Pack Break from a while back!

I probably scanned these cards about 6 months ago. I believe I had one of those Wal Mart gift card things and seeing as how that was free money I spent most of it on retail baseball cards like any normal person should do!

I ended up getting some cool cards. 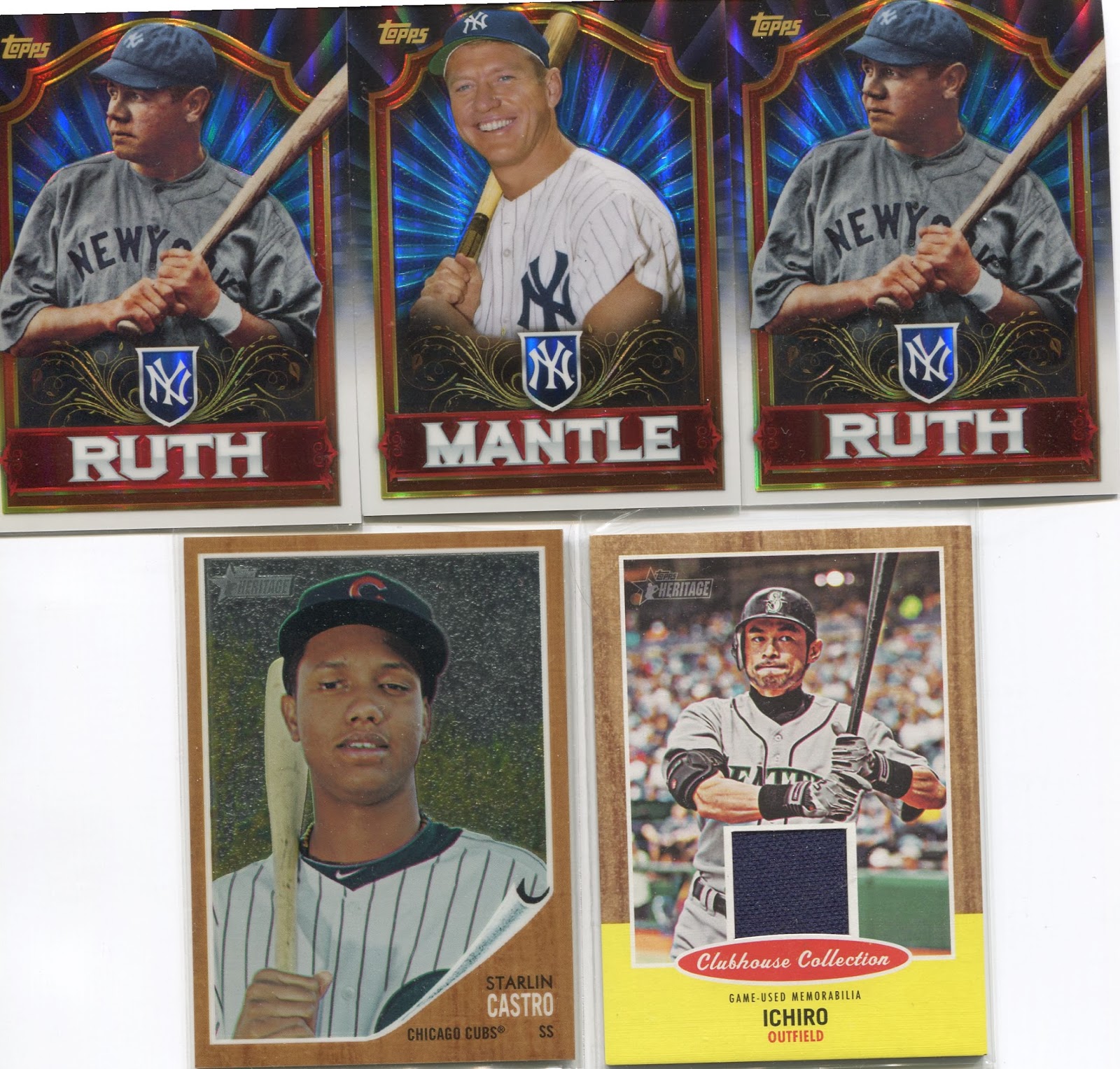 Castro is a bit googley eyed in that refractor. Never noticed it before. I liked the one per box legends refractors that they did. Sure they aren't worth anything cause everyone has one but they are nice looking cards. The Ichiro was the big hit! (I am literally sending it out to someone in the mail tomorrow)

I have a couple trades I need to show and some other cool stuff. I don't really subscribe to the whole card resolution thing though. I plan on buying a case of chrome but other then that I have no plans. I'll go for some Phillies team sets as usual and enjoy searching for the Ryan Howard 2013 Chrome Superfractor forever. I just hope its not sitting on some store shelf never to be opened. Or I may have to win the lottery and buy every single pack and case available.. that would be fun!

Anyways, its early in the morning!

Thanks for reading have a great day!
Posted by Brad's Blog at 4:57 AM