Amidst the Phillies mostly dreadful season. Cole Hamels in possible his last start if he gets traded as a Phillie pitched one of the best games of his career. As he said in the post game interview. Nothing tops the World Series but this is a close second. 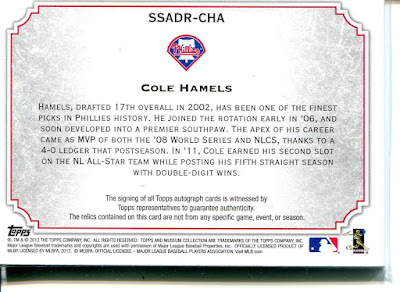 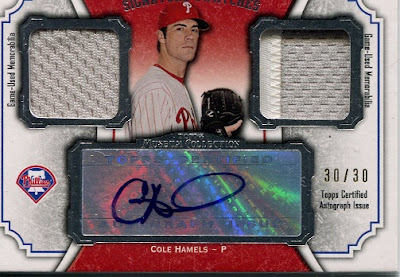 This is my nicest card of his I think. Hopefully he stays and the Phillies win the world series next year.. but if he goes wish him all the best he's done quite well coming up through the farm and then we can hand the reigns to the next great Phillies pitched Aaron Nola.

Thanks for reading!
Posted by Brad's Blog at 8:00 AM