I recently completed a trade from the Cubs centric blog Waiting til Next Year! I'm sure he's out or at home right now watching the Cubs play the Mets. Always super exciting to see your team make a playoff run! The Phillies run was awesome, the Cubs are nice and young hopefully lots of good years ahead of them. Tom emptied out his Phillies trade box for me! There was quite a nice mix of cards. 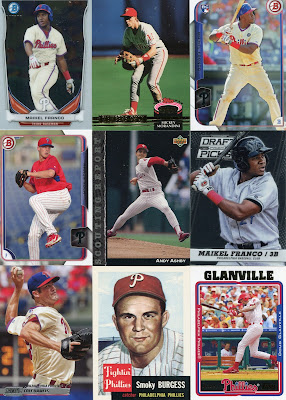 I tried to take a fun cross section of them. Definitely appreciate the Franco rookies! I know I had none of them before. He's the Phillies hope next year of some power from third base. I like the Smoky Burgess reprint. Sharp looking card (I also have the original) 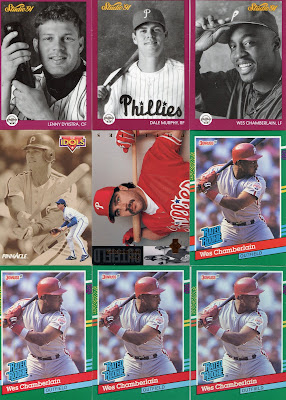 I was a huge fan of Wes Chamberlain when I was a kid. I liked the way the announcer said his name at the games. I'm basically going to retire since now I have FOUR rookie cards! The donruss Studio shots are pretty amusing so I had to share with everyone. 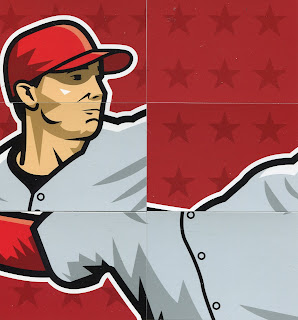 Here's a Roy Halladay puzzle.. apparently I failed at scanning so his head is kinda detached. Either way, future Hall of Famer Roy Halladay. 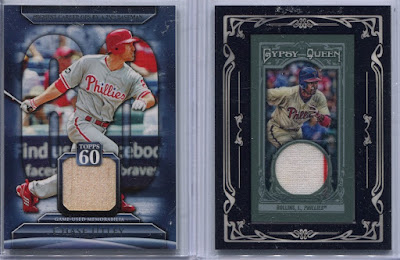 Thanks for the trade Tom, I'm definitely cheering for the Cubs to beat the Mets!

Thanks for reading!
Posted by Brad's Blog at 5:16 PM