Quick Trade and a Sweet Howard!

I recently completed another trade with All The Way to the backstop! I have a tendency to claim a card that I like that he posts.. and boom its in my mailbox. Completely awesome! I sent some cards back of course that I think he will like. 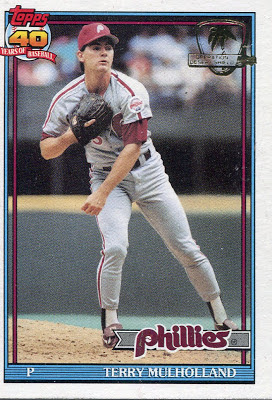 This Terry Mulholland is special because its from the rare Desert Shield set. This is the first card I've ever received from that set! On my way to getting all the Phillies!

The Gold Winners card is pretty sweet. I love these 1992 Topps gold cards. Such a chase card in 1992! Look at Ben Revere looking down at us mere mortals.. He has been one of the hottest hitters in baseball for the last few weeks! A shiny Brad Lidge is always cool. Always will get a beer on me based on his 2008 run that was simply perfection! 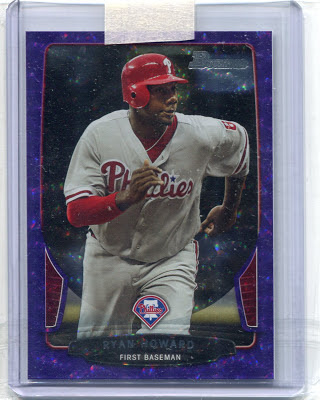 This Ryan Howard is the Purple Ice version numbered out of 10! I have the Red and Purple now! I have designs to at least get the Silver ice. I'm not really going for the rainbow but I couldn't pass up the card for the nice price. Hopefully the torn meniscus in Howard's knee heals really well and he regains some of his power stroke. I'm still holding out hope the Phillies can get back in the race this year.

Thanks for trading and Thanks for reading!
Posted by Brad's Blog at 4:56 PM