A Whole bunch of Mail! and other musings

I haven't been as active this year but thats due to life and stuff. All good things though! Working hard and enjoying things. I am excited for the baseball season. We plan on getting down to Baltimore (Camden Yards) and checking out the Nationals stadium for the first time too. (Not sure if that sentence made sense, but to clarify I have been to Camden but not to Nats Park). Of course, I have been to Citizens Bank many times and I'm sure I will go this year despite the team. There's really no buzz this year at all. Everyone just expects them to be in last. I am an optimist so who knows maybe they'll learn to hit and surprise some people.. everyone's 0-0 right now!

I received some mail this past few weeks from some people: 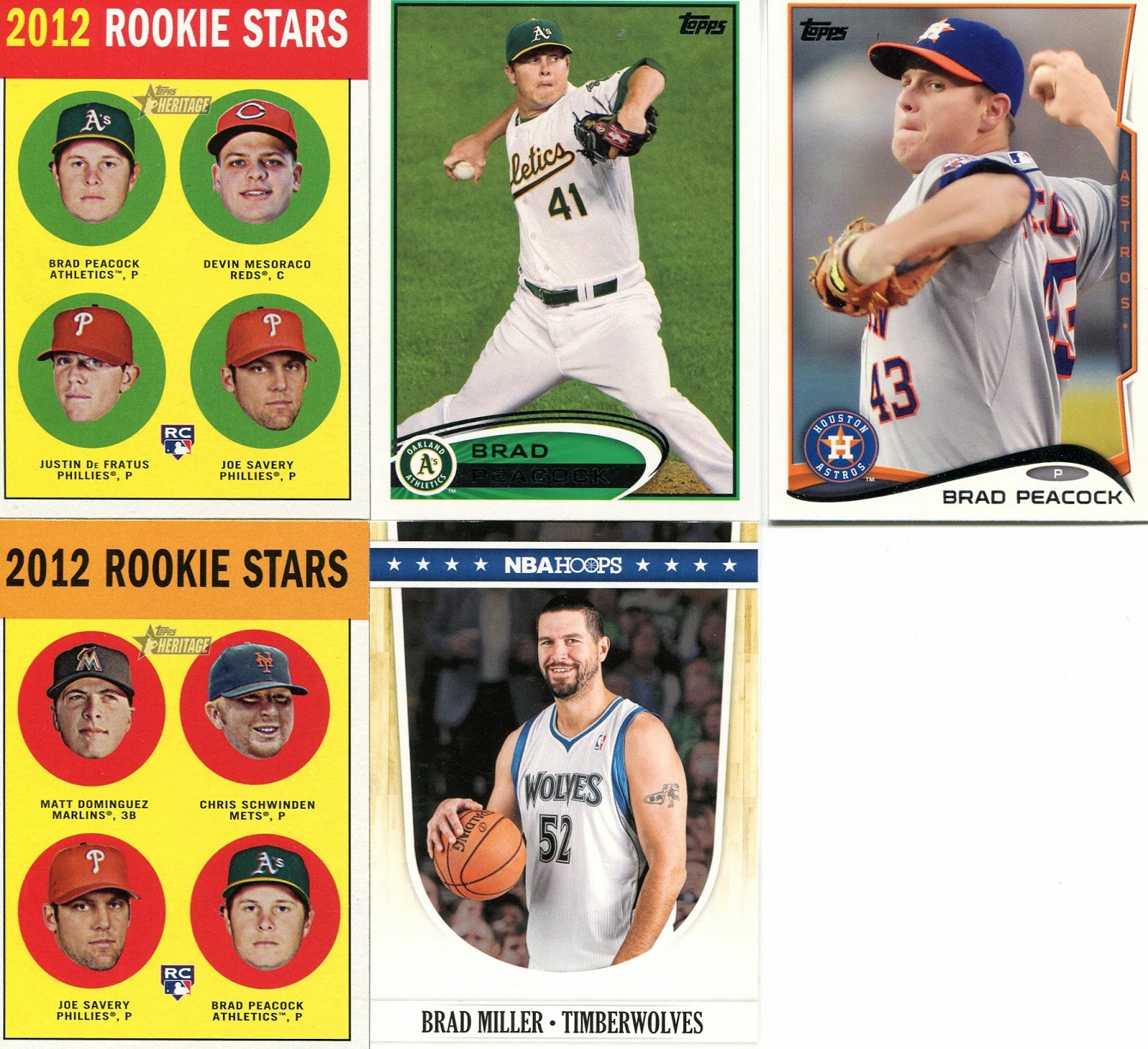 A "Brad" centric PWE from Weston at Fantastic Catch. I actually needed the two Phillies cards for the PC so that worked out. I wish Brad Peacock had a more fearsome last name.. like Brad Jackhammer or something cool! Oh well can't win them all. 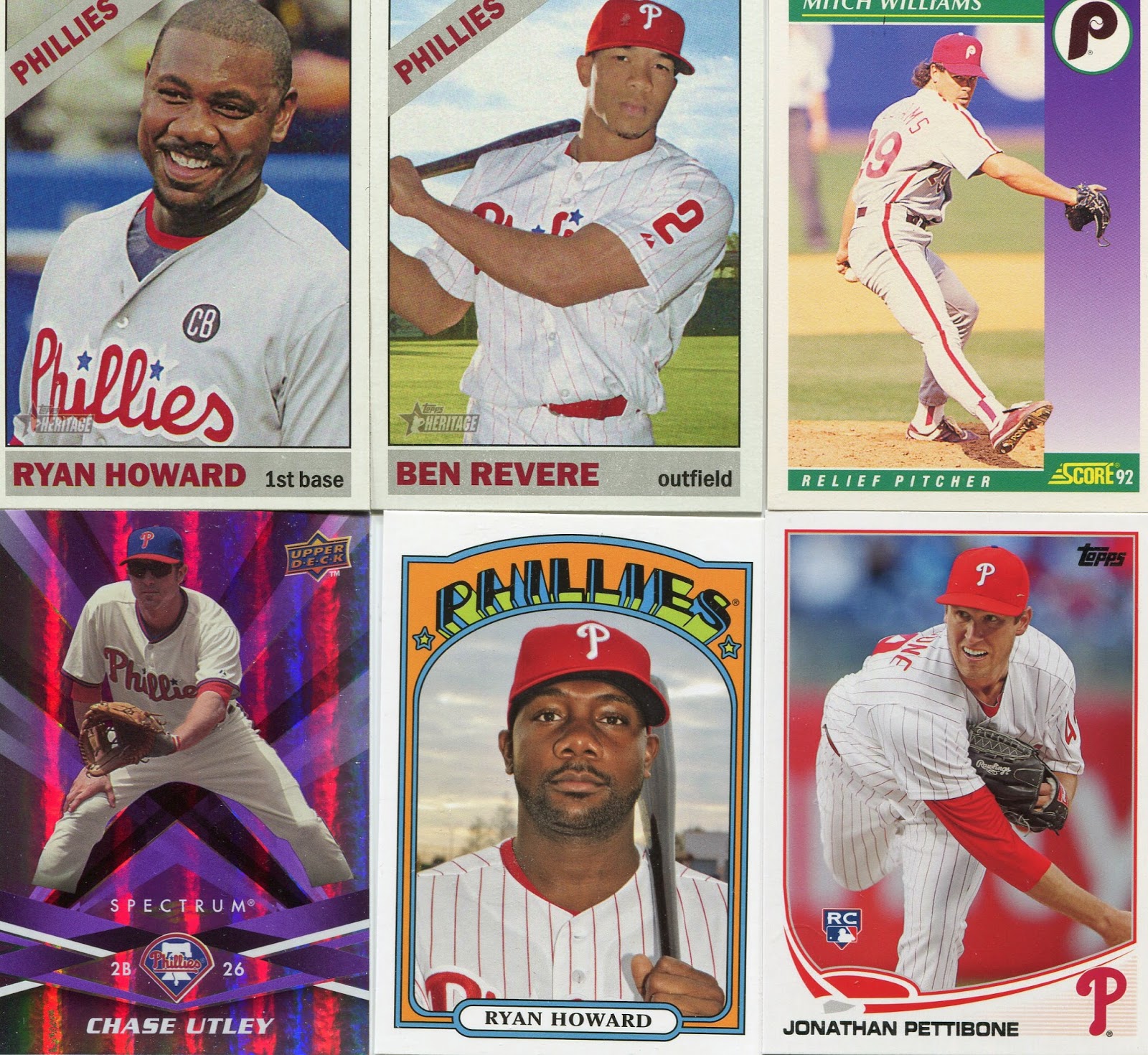 These 9 cards were from my friend Zach over at Underdog Card Collector! He's a big Padres guy and likes to flip his Phillies to me, so whats not to like. The Padres should actually be fun to watch this year. They made a ton of moves this off season and could turn some heads this year. Who really knows but I like the attitude that they are trying to win. Bold moves. Also, thanks for the Heritage Howard, I wasn't planning on buying any packs so quite happy to receive that in the mail! 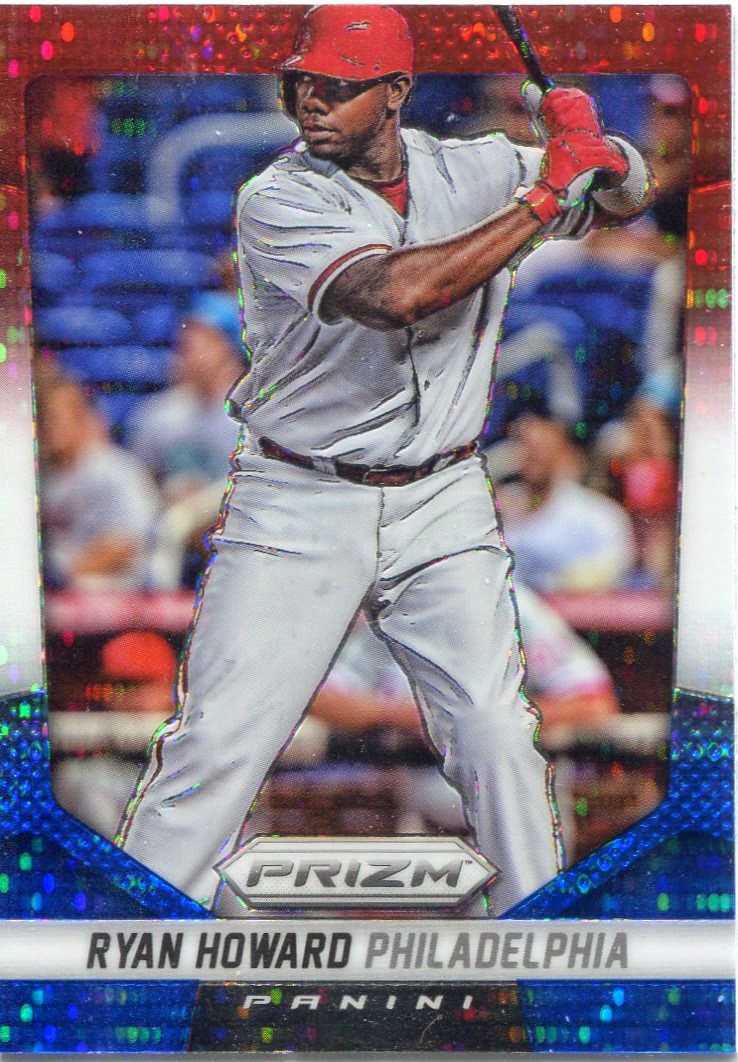 This last card came from Red Sox Fan in Nebraska He shockingly, collects Red Sox. I sent him a purple parallel and he sent me a rainbow parallel! Parallel's all over the place. Despite the no logo it is a sharp looking card!

Thanks for the cards everyone and Thanks for reading! I think I responded or sent my part of whatever trade we agreed upon. Please let me know if I forgot someone, haven't been super organized lately!