Trade with Coot Veal and the Veal Tones!

I recently completed another trade with my friend Dhoff from Coot Veal and The Veal Tones! He posted up a bunch of trade bait and a few things caught my eye. He mentioned he was in the market for an I-Rod autograph and I happened to be able to find a nice one the next day at the Philly Card show! I was pleased that I found it and got it from one of the dealers that I like. Mr Dhoff more then sent his fair share in return!

Check out all the goodies!

The Klesko autograph is quite nostalgic. Back in 1995(I was ten) I pulled this card: (disclaimer, not my auction) Ryan Klesko It was the greatest day ever. My brother and I ran around the house like we hit the lottery! A one per case auto! Unbelievable, we're rich! I believe the card is currently in my dad's basement. Once I have more space I plan on getting those cards rescued. I like the design of the Hitting Machines relic. I have this Thome and the Frank Thomas from the same set. 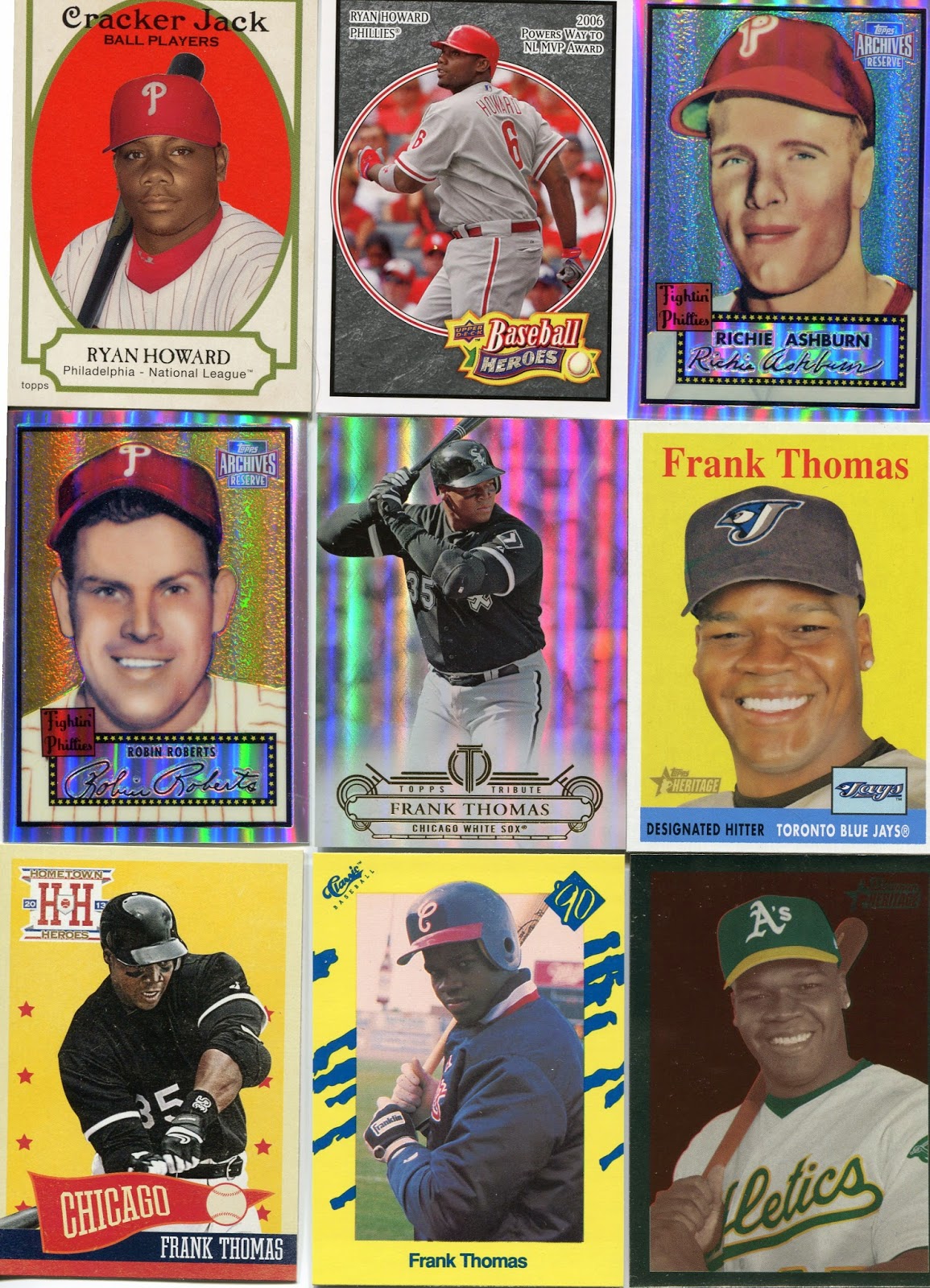 A few new Ryan Howards. A few new Frank Thomas's (now over 700 unique wooo!) and some cool Archives Reserves cards. I like those shiny reprints, they look good. 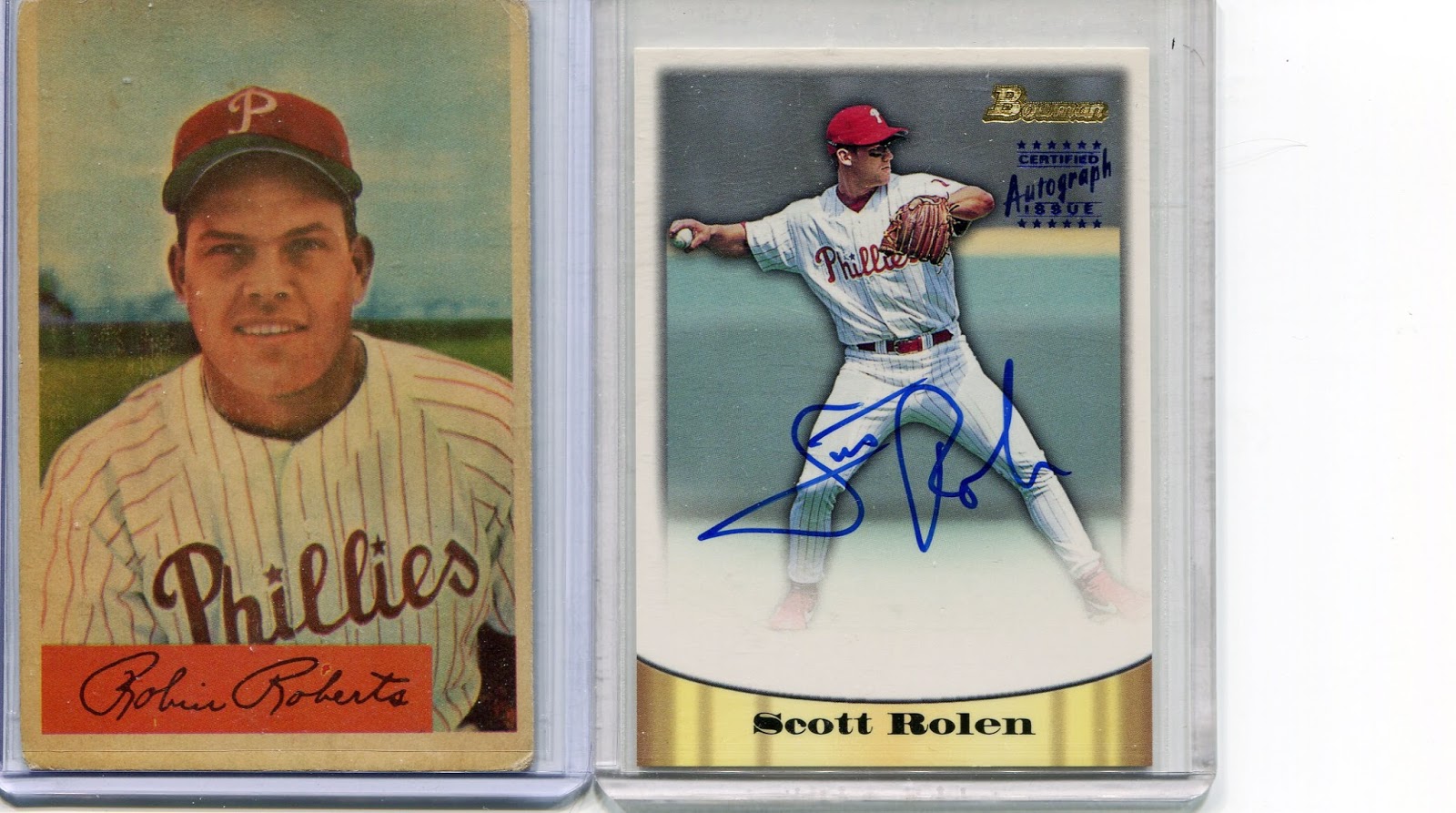 Oh Just a 1954 Bowman Robin Roberts ho hum. I have not attempted this team set yet for the Phillies so I'm pretty happy to start it this way! I now have 2 cards from this total set. Robin Roberts and Mickey Mantle, not bad. The Scott Rolen is a nice on-card auto. I will always wonder how his career would have turned out if he decided to stay on with the Phillies. They got pretty good after he left. 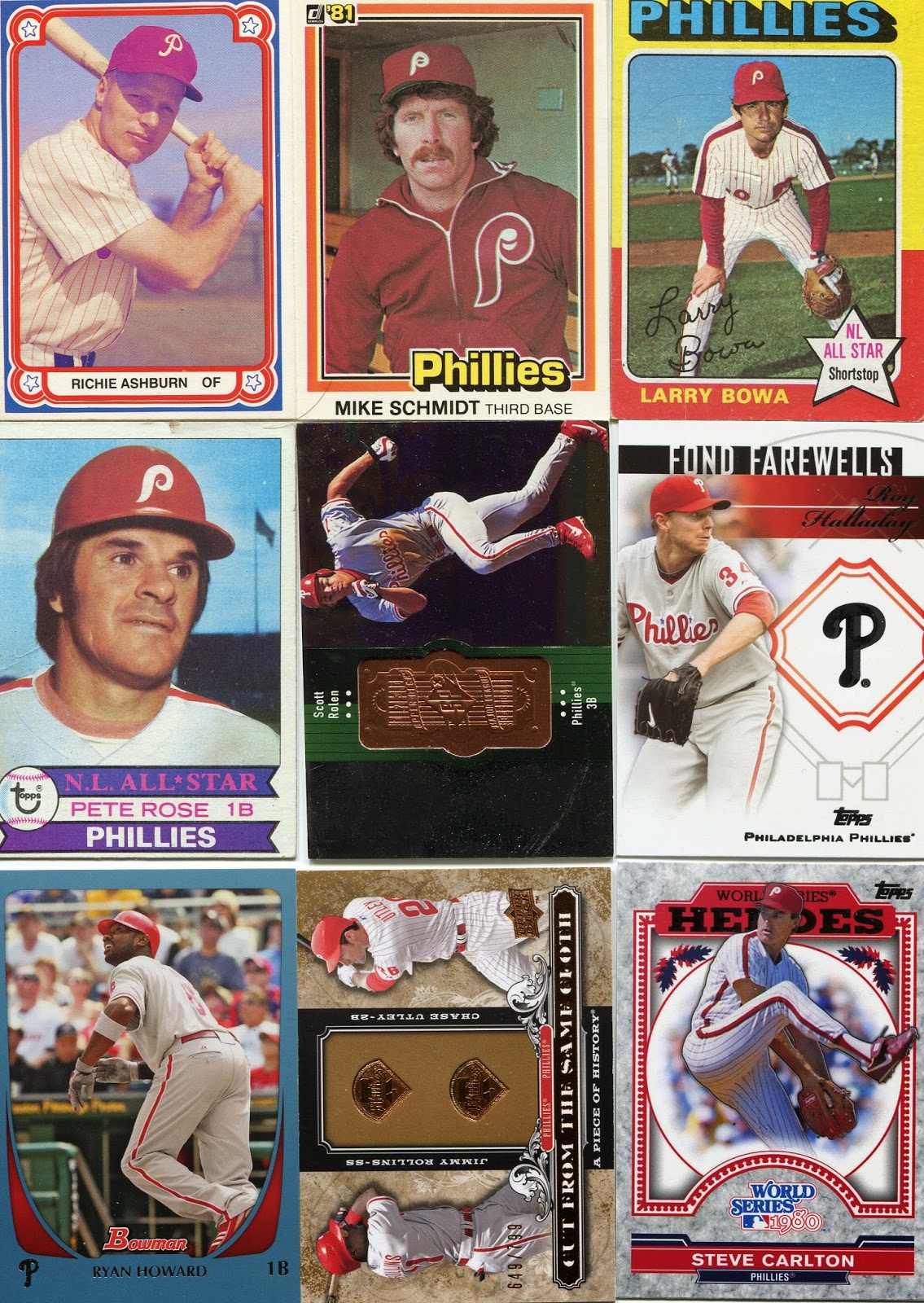 Here's some more vintage and some numbered cards. I really like the card in the middle. Very sharp!

Thanks for reading and thanks for the trade.