Another Snow Forecast.. so lets show some Gold!

I'm not really sure how the title matches, but I like non sequitur as much as the next person. My wife bought me a blaster of the new Topps Series 1 so we could open some packs and get the Manu Relic. Was hoping for the Ryan Howard but usually the checklist is strong so no big deal... 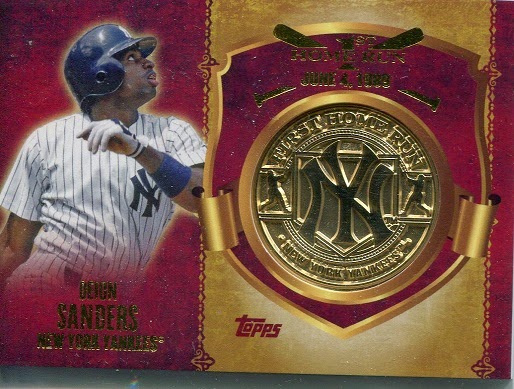 I personally was not a Sanders fan since I do not like the Cowboys or the Yankees. This one is for trade if anyone wants it. They are fairly thick cards and pretty well done for fake relics. 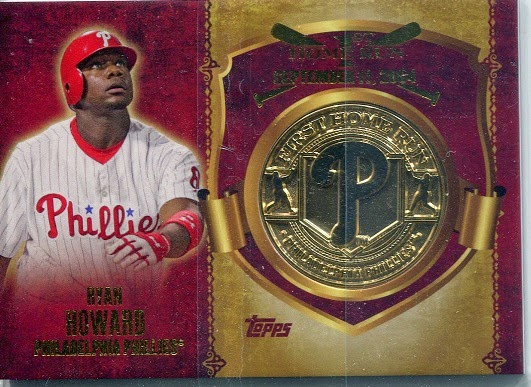 I was able to pick the Howard off ebay anyway for cheap. Love the people who try and be first to market and are late so the price already dropped.

Hope everyone in the Northeast survives the next impending snow storm. Hopefully it just goes away quickly. I want Spring and baseball!

Thanks for reading!
Posted by Brad's Blog at 4:23 AM