Much thanks to be apart of The Junior Junkie crazy exploits at the post office. His receipt was taller then me! I will have to find some Griffey's he doesn't have (if thats even possible!) This is a nice cross section of old Phillies and new Phillies. From prospects to Steve Carlton and a Scott Rolen in between. I really like the 94 Finest set (opened 3 boxes a few months ago), its affordable and very green. Literally, after opening 3 boxes all I could see at one point was all the green borders. 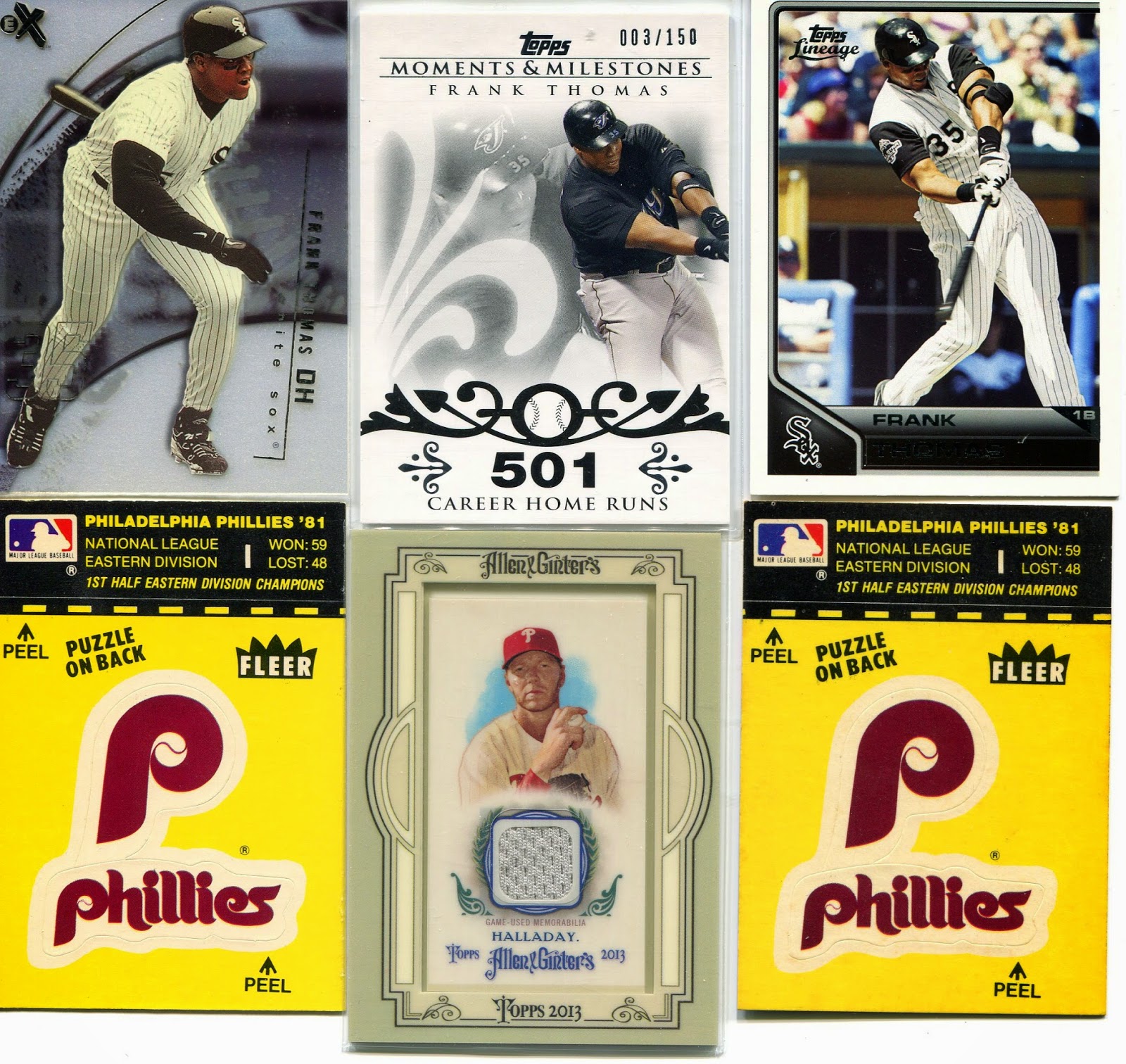 What's a package without a few new Big Hurt's! I really like Ginter relic's in general but even better to get Roy Halladay's. I went to Halladay's bobblehead game last year and he was there to get honored. For a pitcher he did not pitch here a long time he sure is well liked by everyone. He did always give it his all on the mound and retired when his body no longer could handle the rigors of pitching. Also, got a bunch of stickers! If only I were still in school, these would totally go on my trapper keeper!

Also, good news, the Phillies scored 3 runs as I'm typing this! Thanks Jeff Franceour for hitting a home run!

Thanks for reading!
Posted by Brad's Blog at 6:08 PM