I haven't been opening much 2014 product this year. I always want to just don't have the funds to be purchasing box after box when it is much more prudent to just chase the one or two cards I want from each set. After getting back into collecting a couple years ago I was a bit aimless. I bought everything to see what I liked. Personally, Topps Chrome is my favorite, always a fun rip and can get some nice looking cards. I was never much for prospecting and playing the flipping game. High end stuff like Five Star and Museum, I definitely like, just too much risk versus reward. Right now I'm focusing on Ryan Howard/Frank Thomas and my Phillies Team sets. Dabbling in Vintage is fun, such history laced into the cards.

The reason this post is a little late.. This is a Topps Hanger/Blaster break from my fiance. (She was my girlfriend then). It was during the winter and I was super busy at work so they put us up at hotel rooms to make sure we could make it in the next day. She was kind enough to surprise me with some cards! 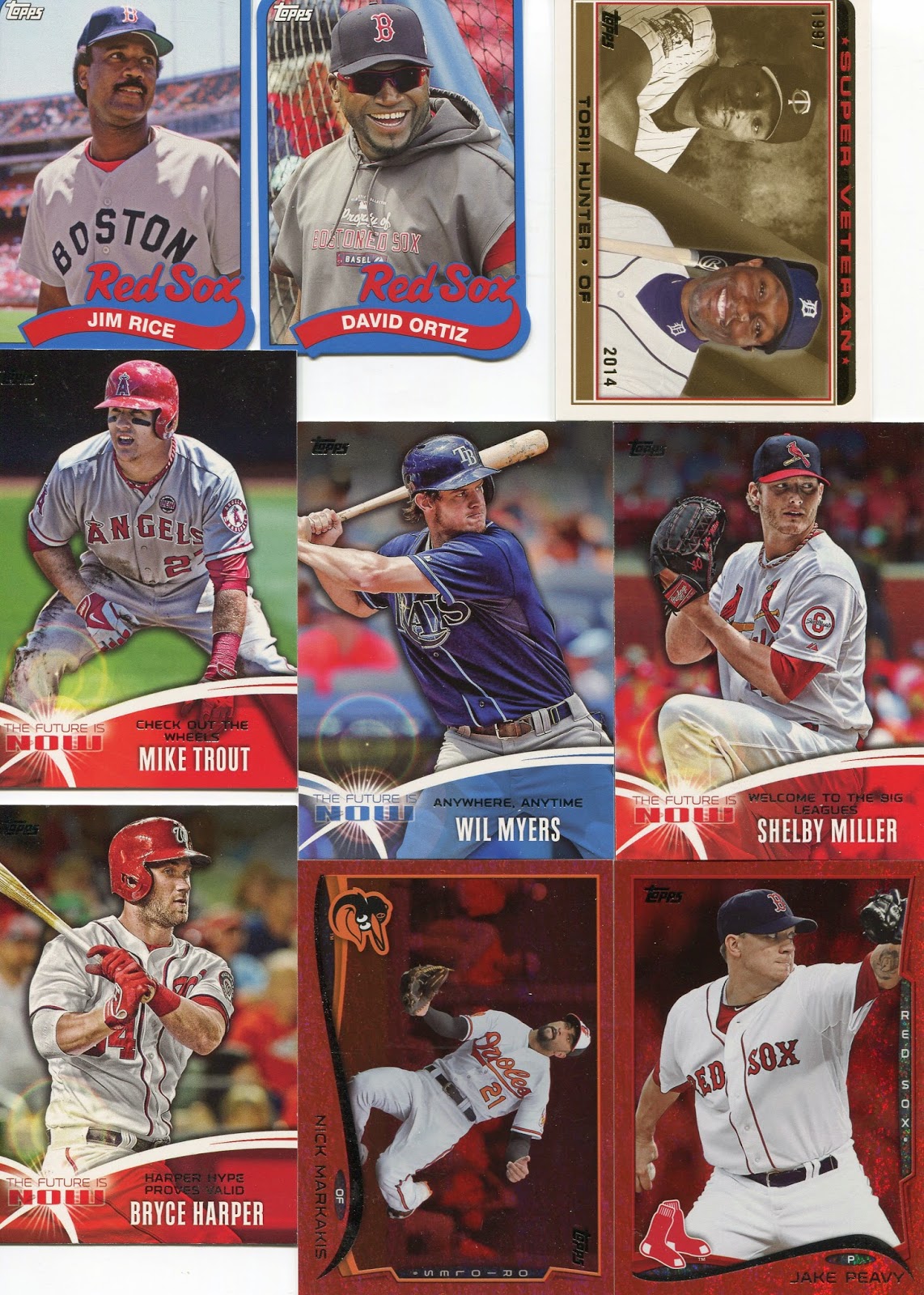 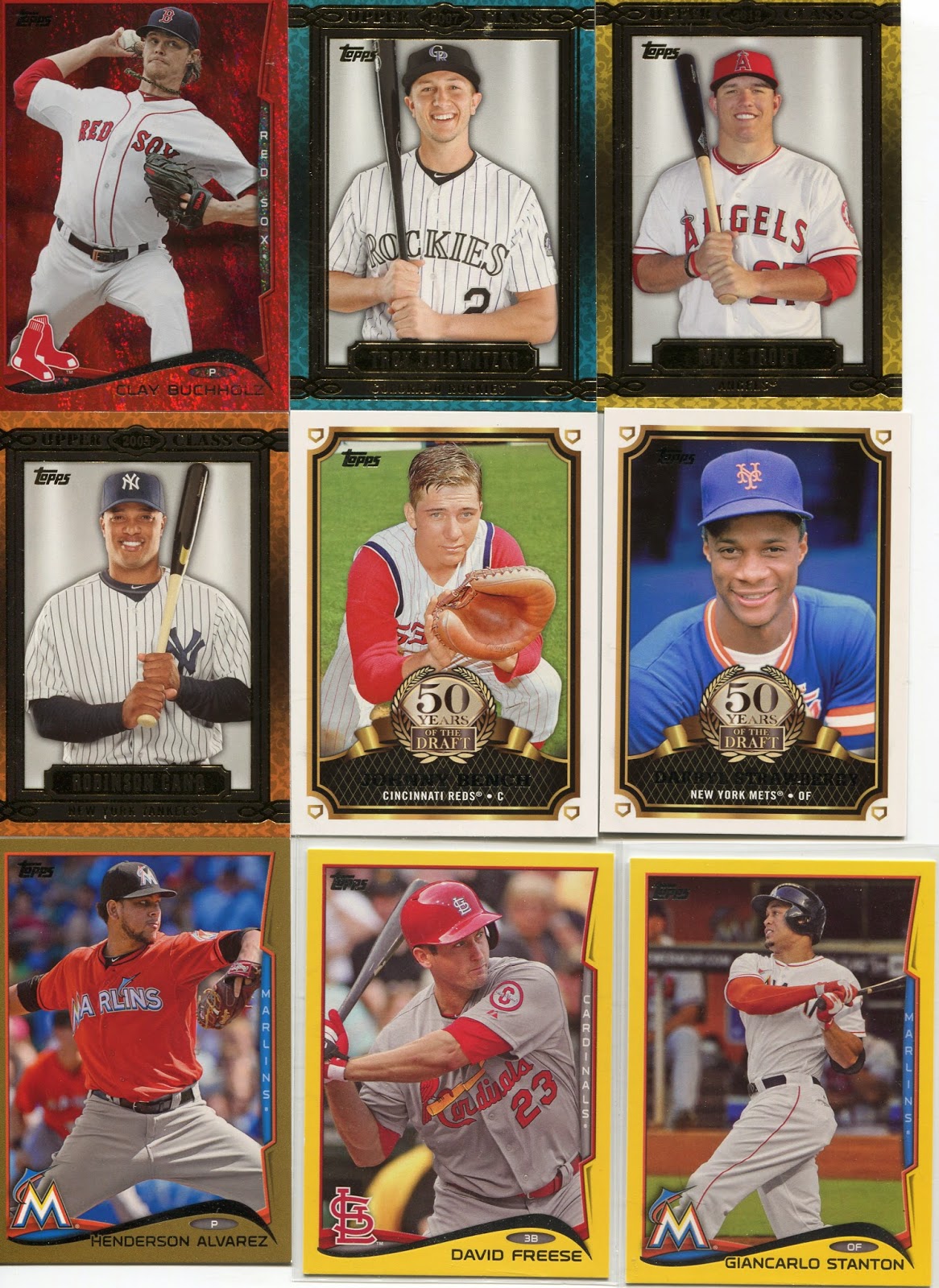 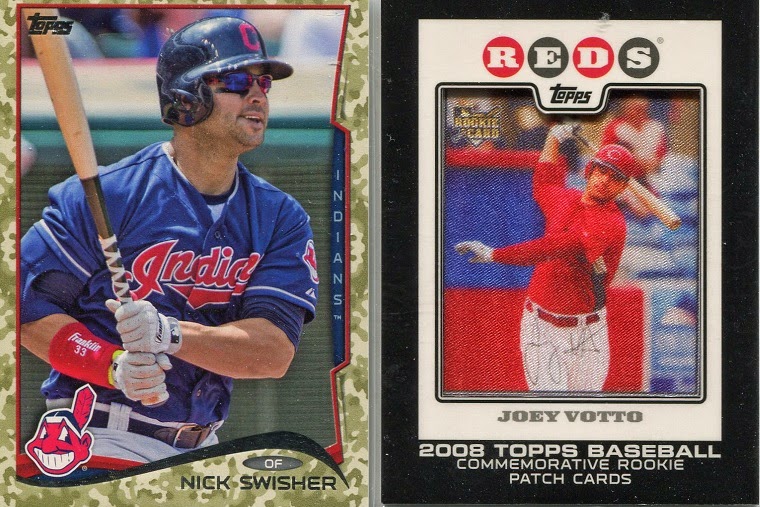 The Swisher has already been traded but it was a nice camo refractor! The Votto was from a blaster. It wasn't a bad break and it was nice to see the new cards at the time! Maybe I'll buy a case next year when its half price!

Thanks for reading!
Posted by Brad's Blog at 4:33 AM