A trade and a big pickup!

As many of you know I have been trying to get every parallel of Ryan Howard this year in 2014. I recently added Allen and Ginter to the list! (Already have the no number mini coming in but nothing else) I plan on getting one box of ginter this year for gint a cuffs so hopefully I'll at least hit the base card!

I completed a small and easy trade with reader Brandon. We've traded probably 10 times or something at this point (I should probably keep track of those things but I don't) Either way everytime we've traded its gone quick and easy! 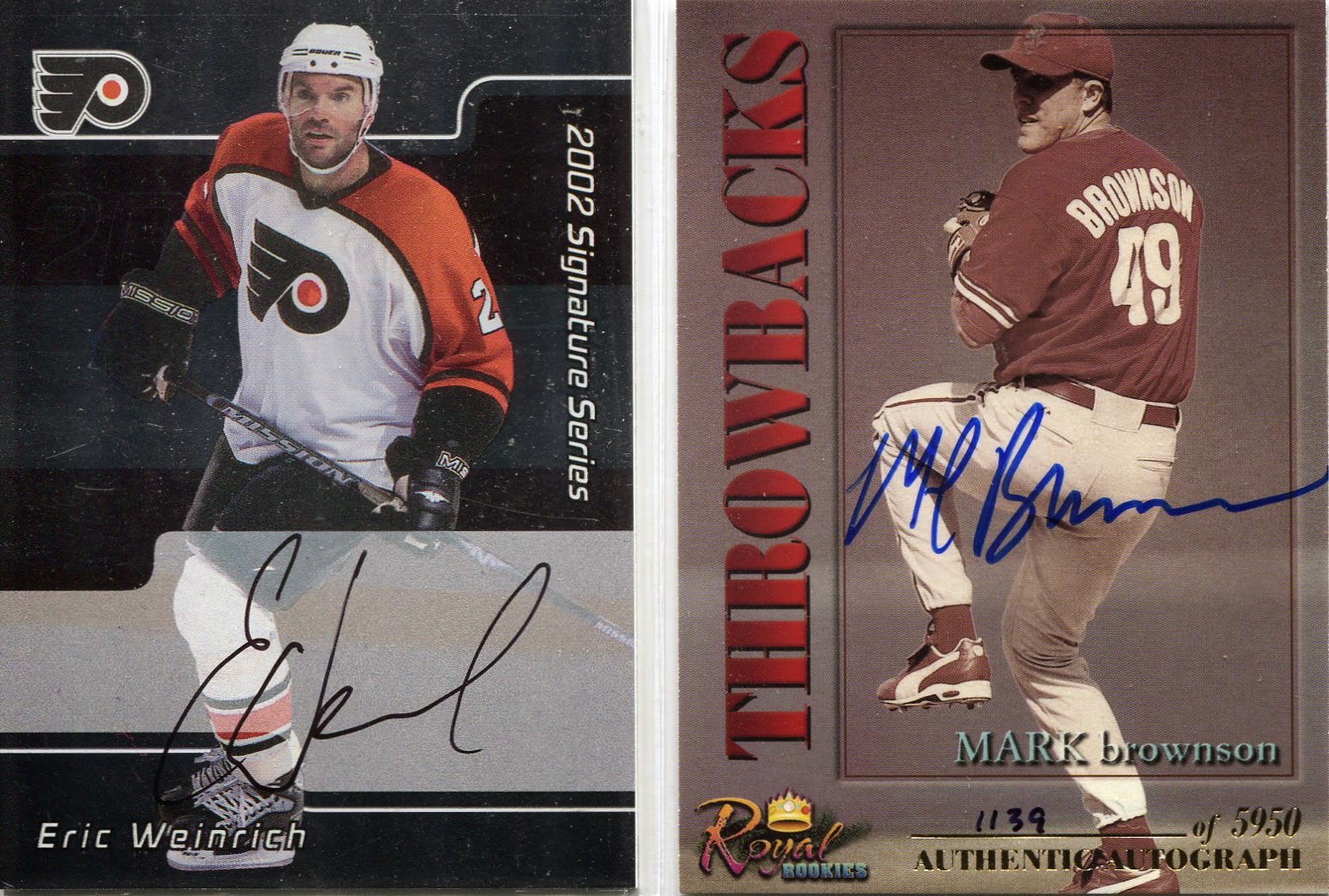 Flyers auto Eric Weinrich and Phillies auto Mark Brownson. Nothing crazy but they both have decent sigs.

I mentioned the Ryan Howard chase on this post cause I was finally able to nab a real low numbered one! 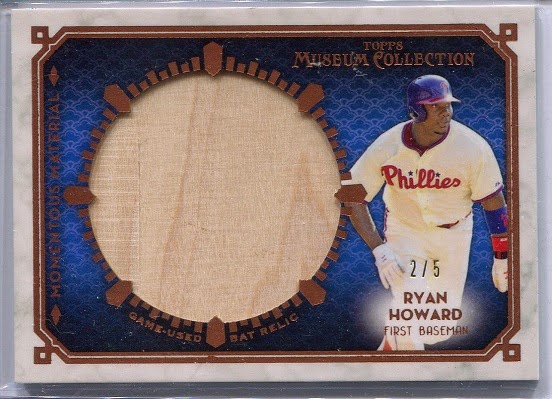 I was getting consistently out bid on these by 2 guys who wanted to spend way more then me. I was more then happy to get this under 30 dollars! Considering a pack runs in the 40-50 range (I think) and I would be thrilled if this was my one promised hit, I did pretty well! Just searching for a few more of the low numbered stuff from Museum but at least I got one!