Trade with Catching up with Collecting!

He was nice enough to contact me about some Phillies cards I might be interested in a while ago. Then sent over a pretty nice mix. I didn't want to post until I at least sent something back. I finally (very belatedly) sent some cards on Saturday (should arrive hopefully before new year's!), so now I can show off what he sent me! (I have no idea if that was a run on sentence but I'm sick at the moment so I'm not re-reading it).

Check out some cards! 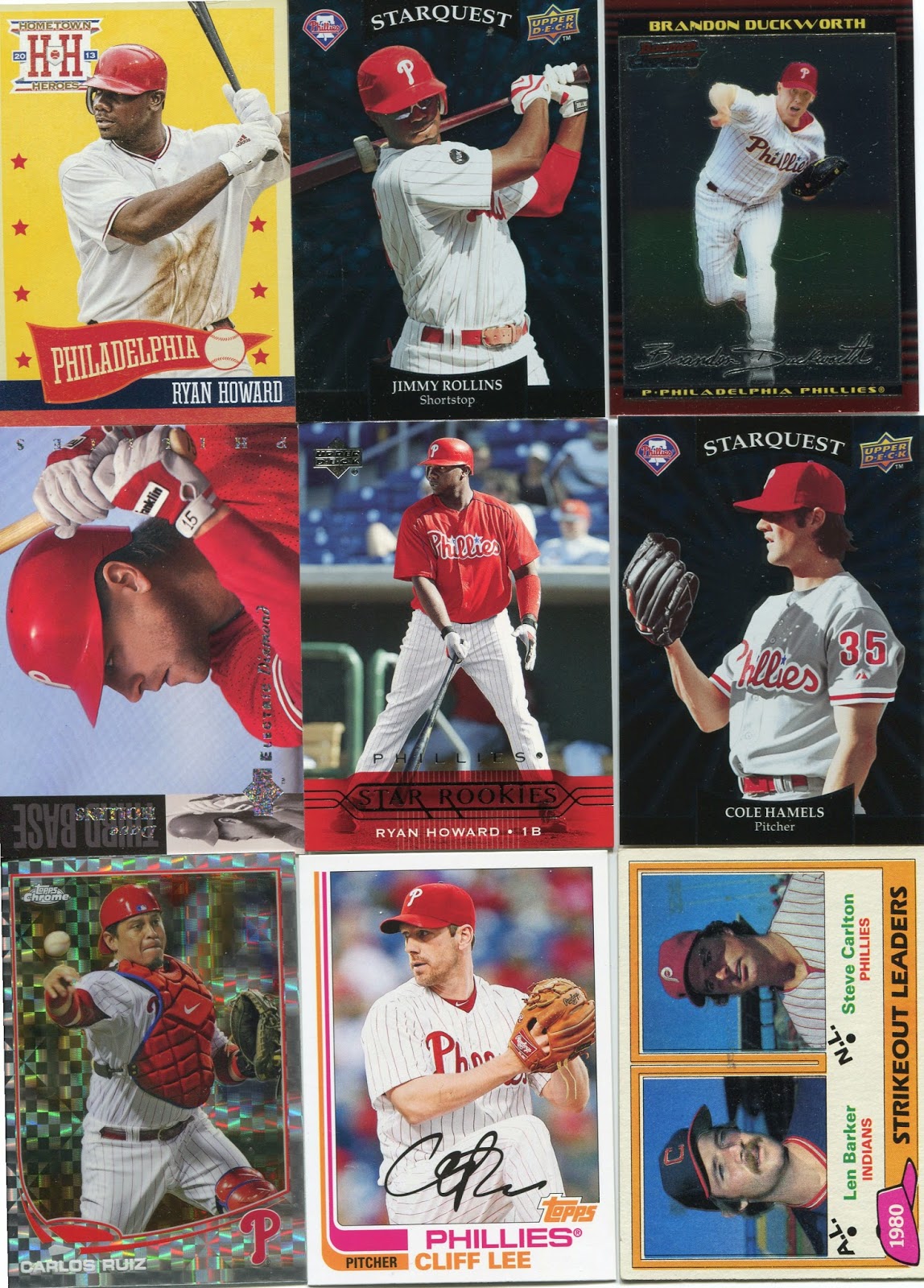 J Roll is officially no longer a Philly, but he will go into the Phillies Hall of Fame (possibly the baseball Hall of Fame) after he retires. Ryan Howard is still here, at this point the Phillies obviously don't want to eat the money, so who knows he might play again for them this year. They know they don't have the team to compete right now and not too many young players that are ready yet. Cliff Lee and Cole Hamels could determine the fate of the Phils this year. If they are truely aces like they are paid to be it would give a big boost to their trade value as well as the team itself. 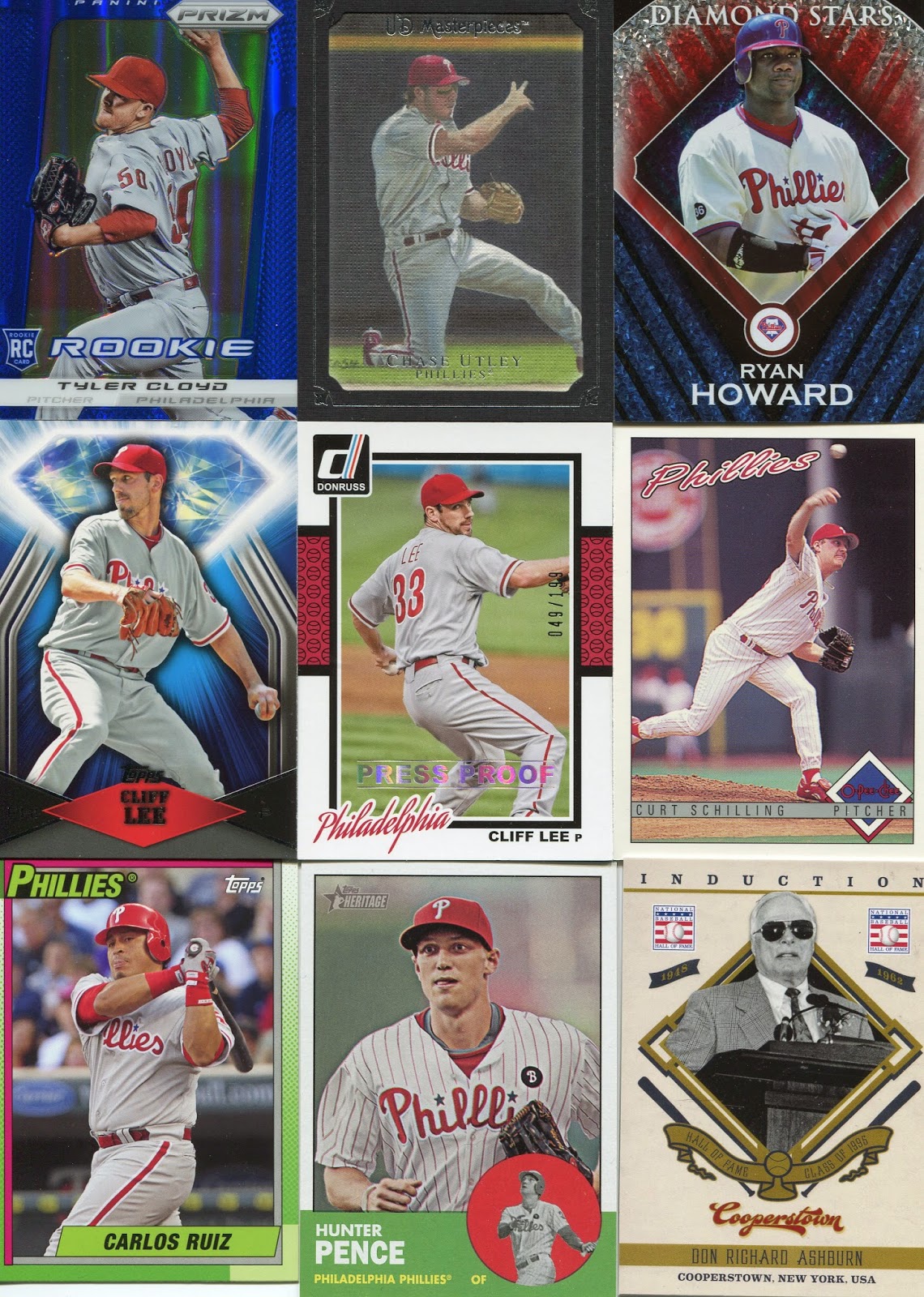 I loved the Pence trade when they snagged him from the Astros.. hated the Pence trade when they gave him away to the Giants. For some reason Pence was getting a lot of the blame for why the Phillies weren't doing well. He clearly can be a part of a championship team if the parts are right (see Giants). Oh well hindsight is 20/20 but for the record I was right! Chooch might have one year left and then be done, he's had a nice run as a catcher. It's tough to continually take that wear and tear on your body. (I played catcher once in little league, that was the last time).

Lots of randomness in this post, but thanks for reading and thanks for the trade!
Posted by Brad's Blog at 9:57 AM