A couple of Ryan Howard Rookies!

Not much can top the cardboard love received on the last post. My girlfriend and I went back and found the original post where the Harper was pulled. August 25th 2012 to be exact. Good times! Still love cracking my one case per year!

I recently filled some Ryan Howard gaps in the collection! 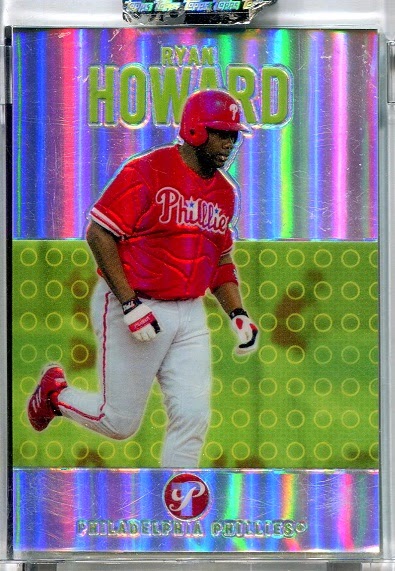 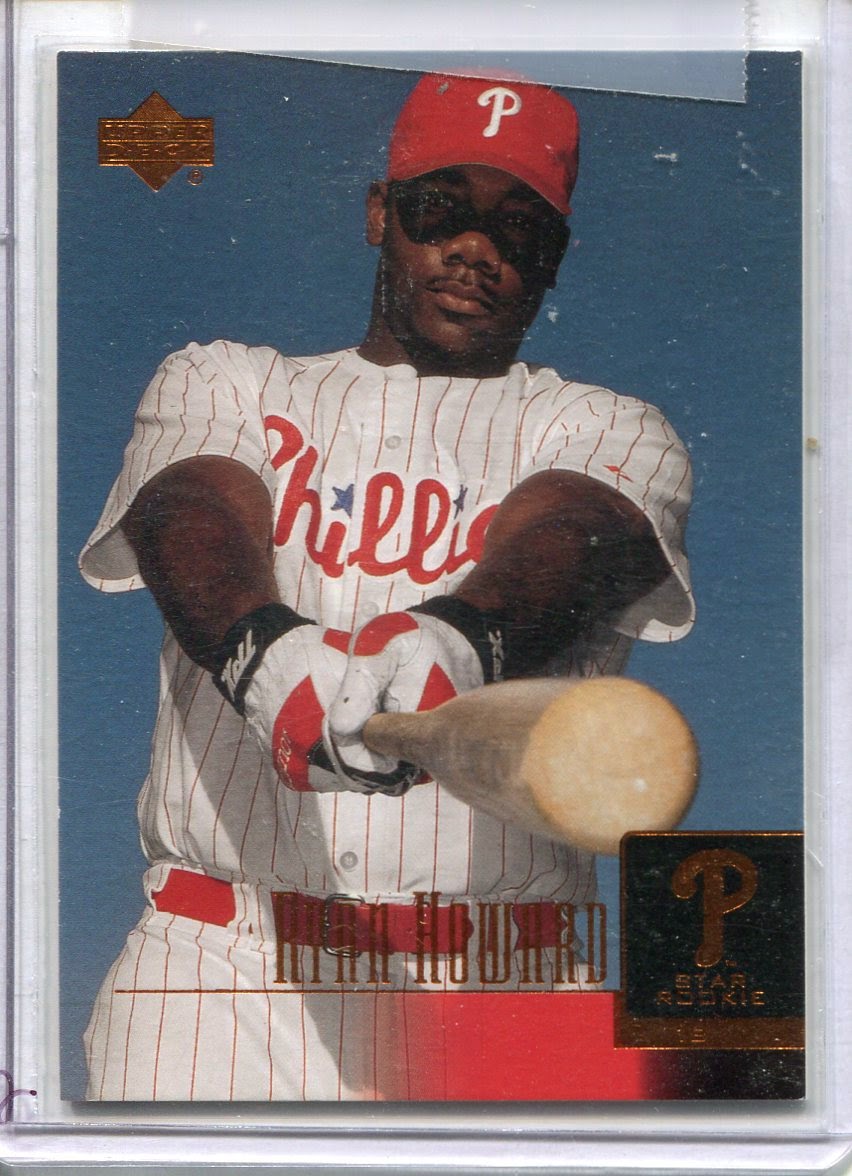 The Howard Pristine is a nice card. It's numbered so therefore rare! The Upper Deck prospect premiers might be Howard's 'true' rookie card. Now I have 3 of the regular rookie cards (along with the bowman drafts picks and prospects card)

I picked up one of the rarer autos the other day! That will be in the next Ryan Howard post!

Thanks for reading!
Posted by Brad's Blog at 7:28 PM