I know I got some sweet cards in the previous posts, but these next items were the big pickups for me! 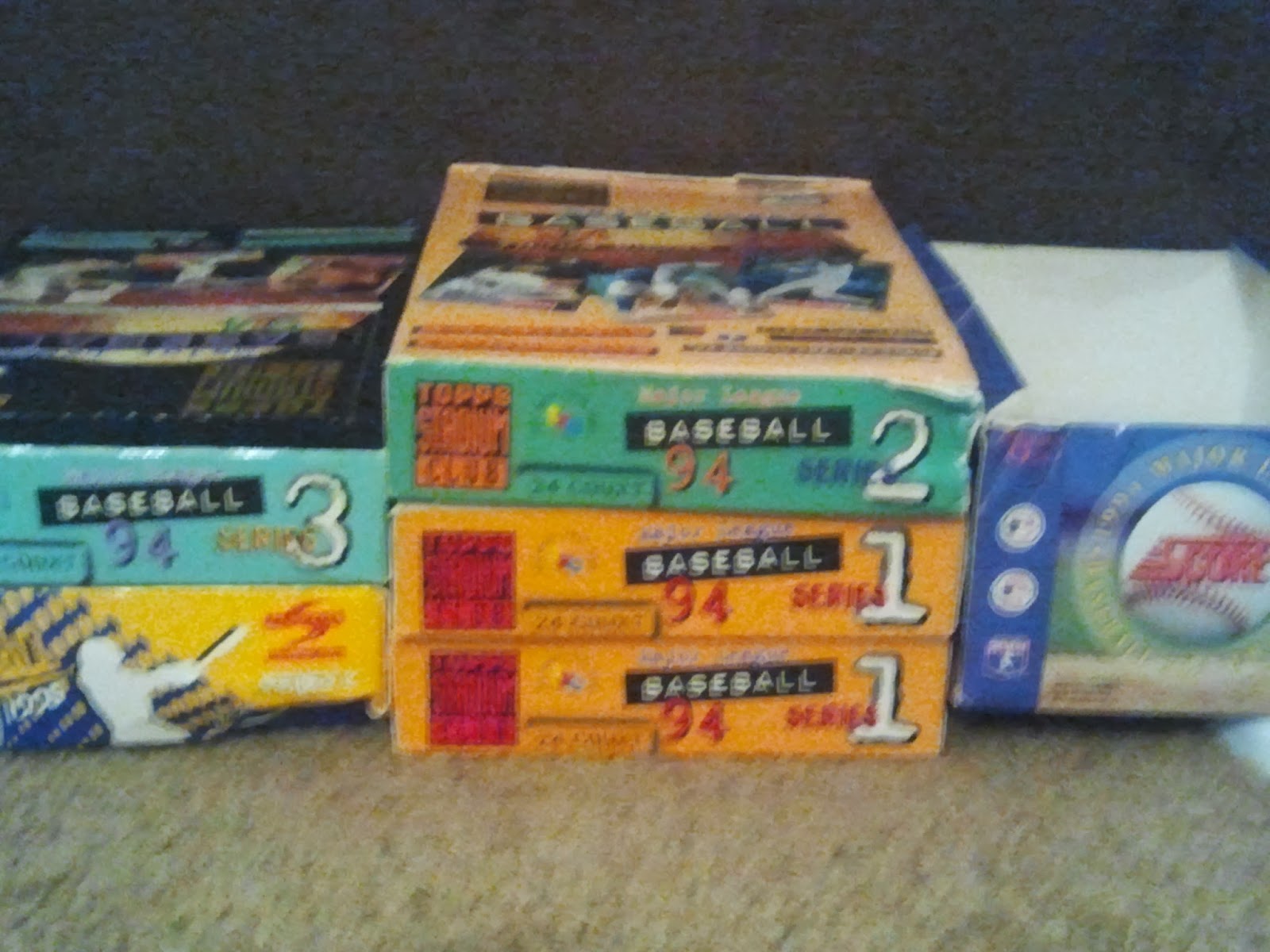 Yes those are boxes of 1994 Stadium Club! I was able to get three series 1, one series 2 and one series 3! My girlfriend has been sorting the cards so I hope to have a want list shortly. I'm sure we have quite a few doubles too. There was some sticky cards but most of them survived.

The box of 1995 Score was fun to open too. Almost no cards were destroyed! The 1994 score super packs (jumbos) were the worse. They were literally like bricks and all of the gold rush cards were ruined! ALL of them. Luckily all the other boxes very few or none of the gold one per pack cards were messed up.

Love me some cheap 90s wax!

This next piece was the big one! It's Chase Utley and Ryan Howard! Side by Side photos with on-card autos underneath and a sweet Phillies patch in the middle! The frame is custom and very well done.

Part of the reason I think my girlfriend likes these card shows is the ego boost it gives her. At least 4 different dealers told her that she was a keeper when she dropped some various baseball card knowledge.

All in all a really fun show and some sweet showpieces!

Thanks for reading!
Posted by Brad's Blog at 6:10 PM