I not so recently completed 2 trades! I sent mine sometime last year and recently received the return end in the mail! I actually forgot that I had sent anything but I did go back in emails and confirm that I did. I am glad that the blogger verse is mostly honest and thank you to these two for sending over some cool stuff!

From The Baseball Dad

I had sent him some Indians Chrome and he responded in kind! 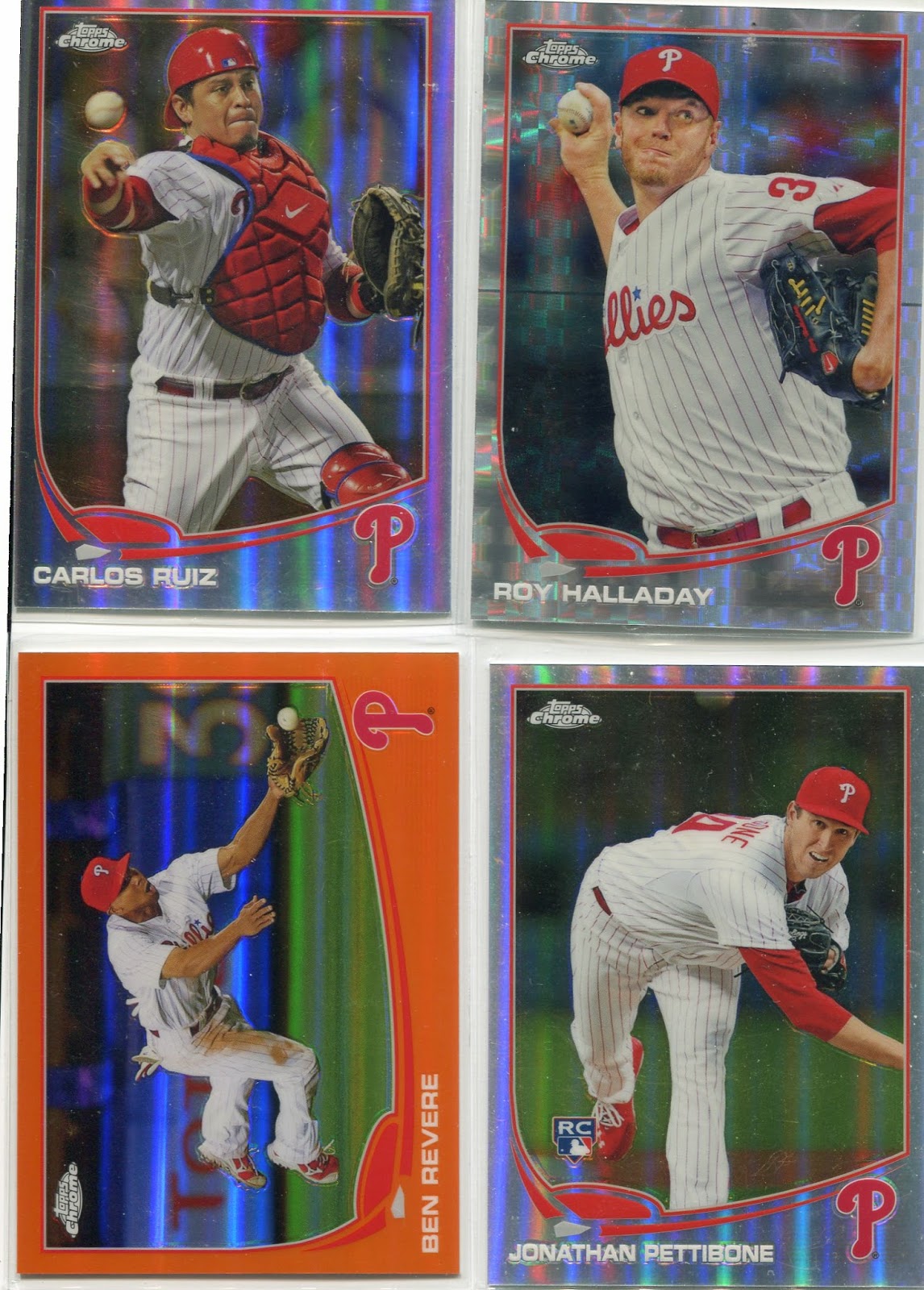 Pettibone needs to setup his game for this year. He got rocked by the rockies last night (pun intended). I like the way the Orange Parallels look!

From The Junior Junkie 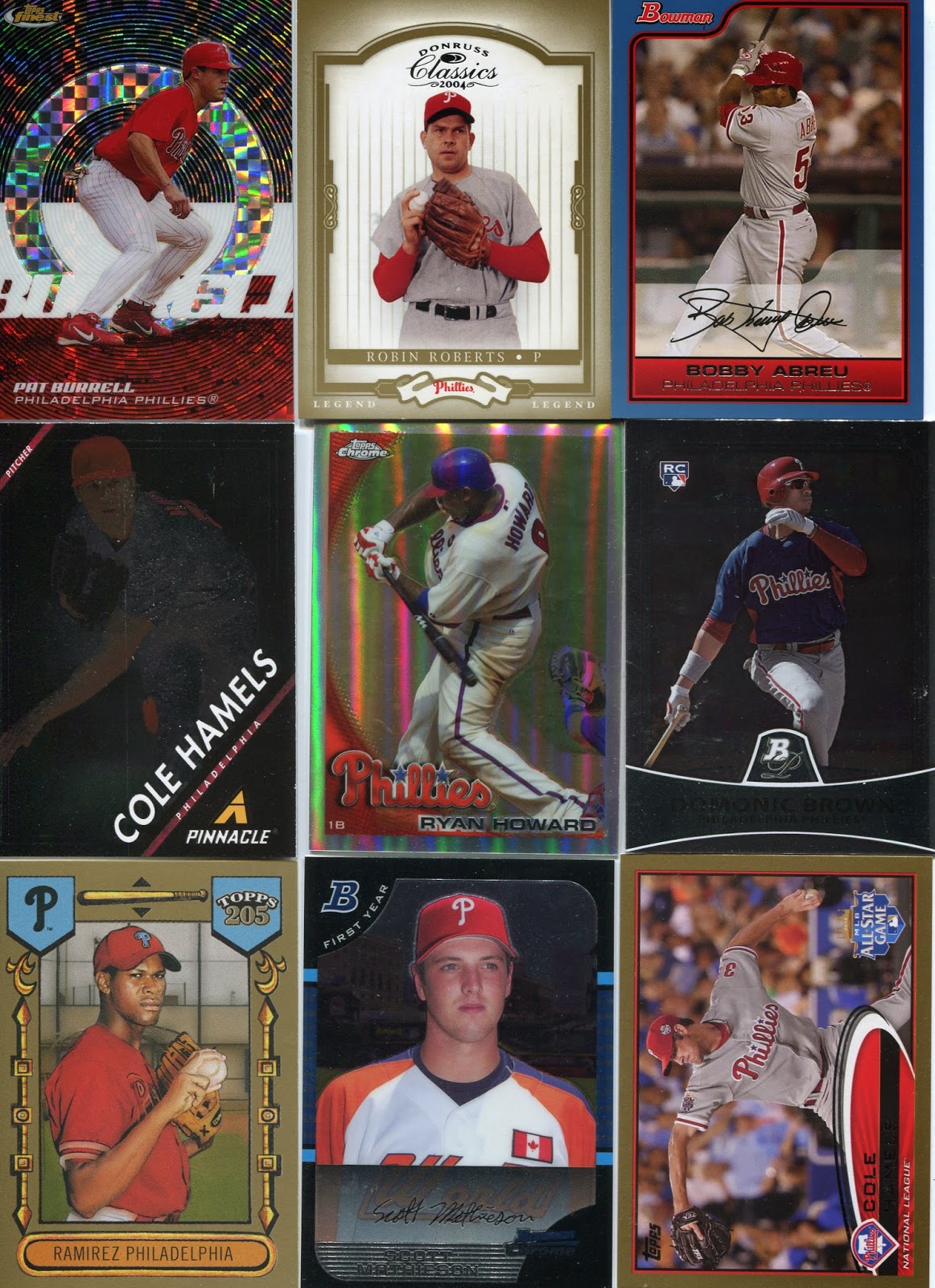 The top 3 cards are all serial numbered which is always nice! I have been organizing the collection lately and filtering out Phillies serial numbered cards to see how many I have. 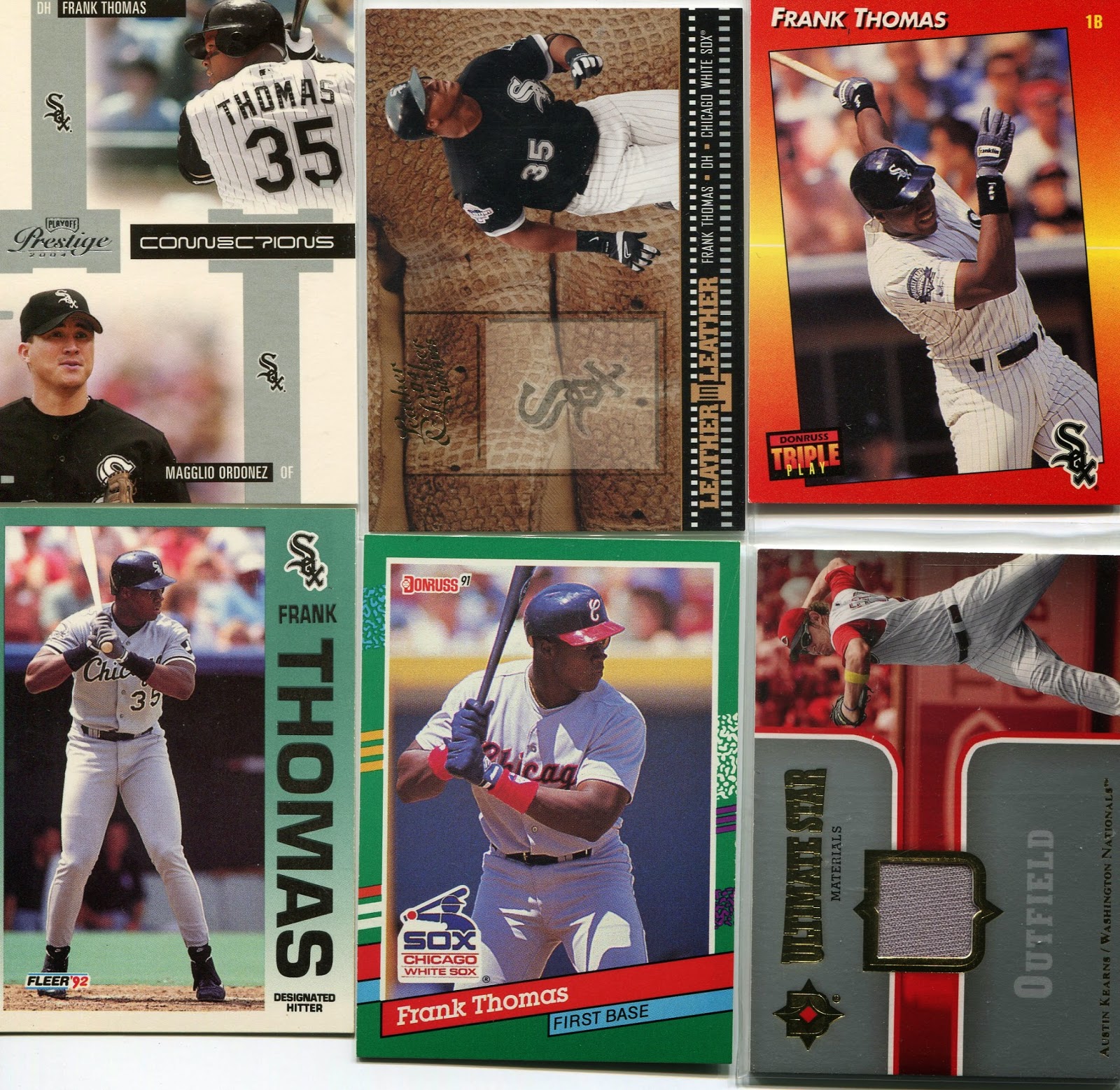 Anytime a Big Hurt is involved, I like the trade package! I am now up to 635 Unique Frank Thomas cards! They are kinda pricey for autos so I've been selective on what I pick up but I am always willing to trade!

Blog Update: I updated the Want List, Trade bait, Ryan Howard Want list for 2014 and the Phillies Hits today. The Museum Collection Patch went for 112 dollars on ebay! I had it at 110 and got sniped. Couldn't believe someone was willing to go higher.

Also one card trade bait was a rousing success! I will make a concerted effort to highlight some cards to get some deals going!