I was able to snag one of the big ones out of Topps Turkey Red. All Howard has is a base card the 4 printing plates. Never know if the plates are going to see the light of day. I got lucky and one was on ebay. Also had to use my crazy good negotiating skills or just plain luck that the person was a bit stubborn about their initial price.

Card went up for auction with a reserve. I messaged the seller and asked what the reserve was. They told me 40 dollars. I said I'd give them 30 right now if they took the auction down. They decided to let it ride. Auction ended in the 27 dollar range.

I messaged the seller again and said my offer still stands at 30. They declined and put the card up as a 10 day buy it now without a best offer option at 40. I watched it but decided against spending the extra 10 dollars.

The 10 days came and went, the seller re-listed again at .99 cents with no reserve. I again messaged the seller and offered 30 dollars. He again told me that he wanted to let it ride. I couldn't argue too much it was his card he could do what he wants. So I decided to bid. I sniped the auction for 13 dollars!

And that is why ladies and gentleman if you are selling don't turn down reasonable offers! 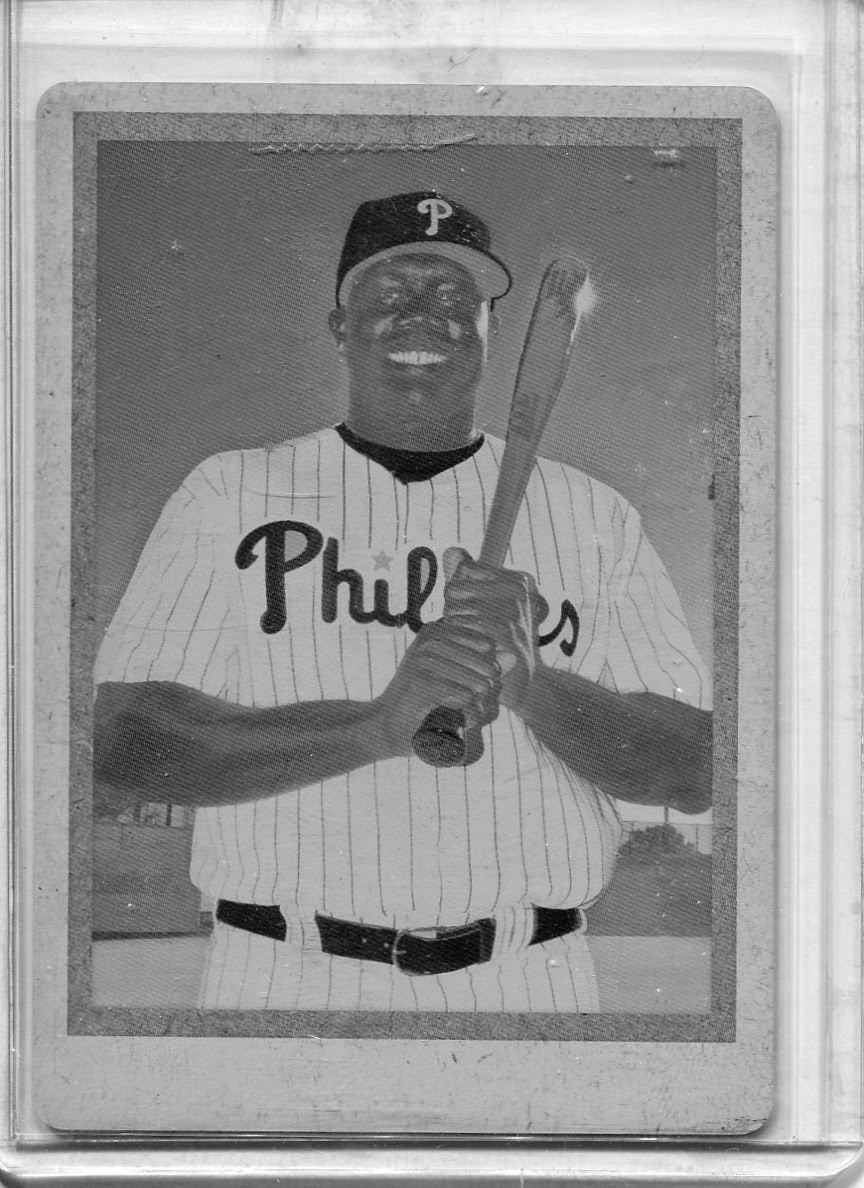 As far as plates go its not too bad. I like that the picture is still visible and you can actually tell who it is. Some of those other plates I have no idea unless someone told me. Got some other good stuff coming this week! Can't wait!

Let's not talk about the Flyers, but I do have a sweet hockey card coming from Canada (hopefully comes soon)

Thanks for reading!
Posted by Brad's Blog at 7:23 PM