A trade with Scott!

I recently completed another trade with reader Scott! He's super easy to trade with and we've had a nice back and forth going for a little while. Just wanted to show off some of the wares. A nice mix and good stuff as usual! 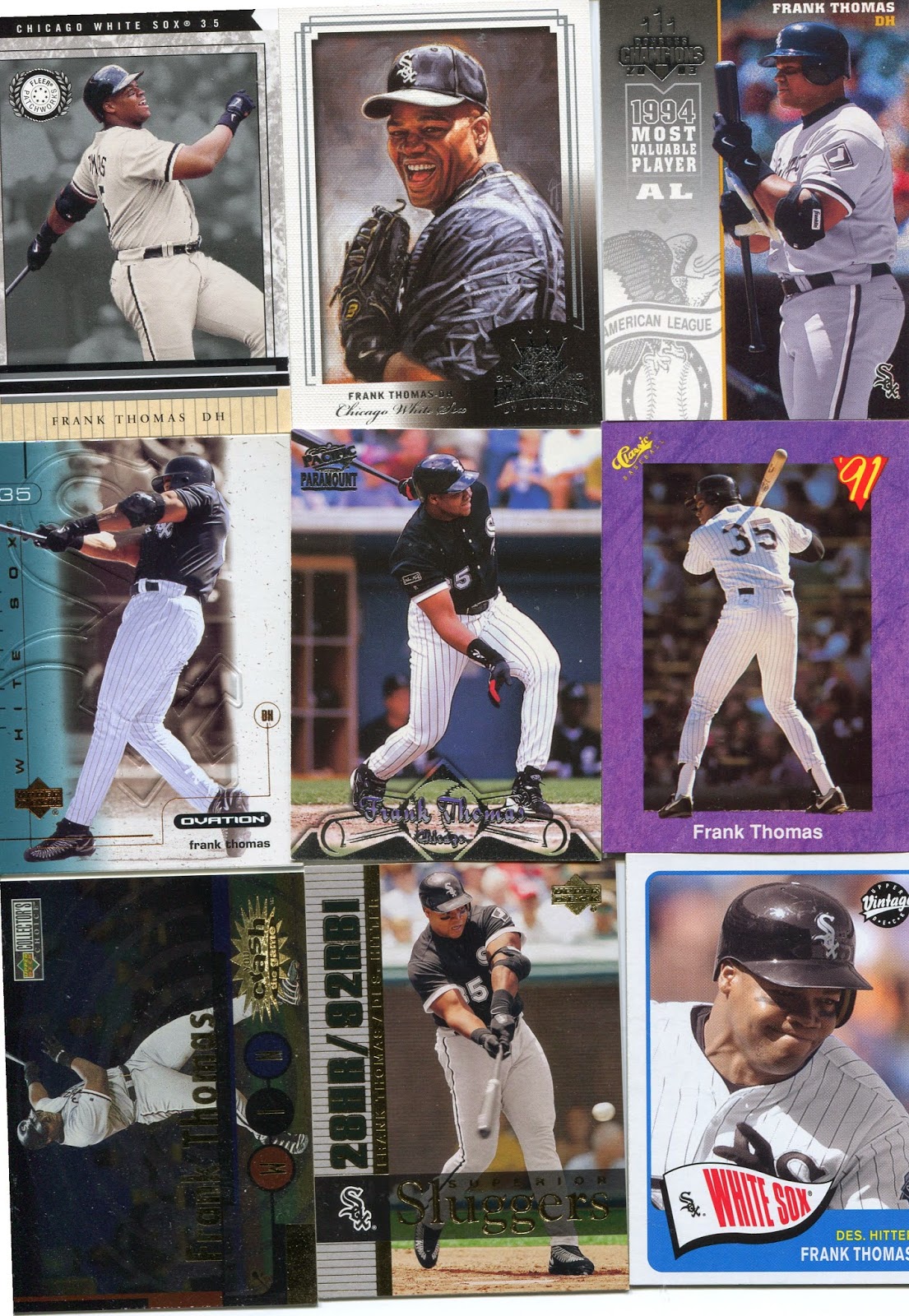 The Big Hurt! Always appreciate the new Frank Thomas's. And now I have dedicated binders to properly store them! Look Topps Heritage.. but thats Upper deck! Who copied who?! 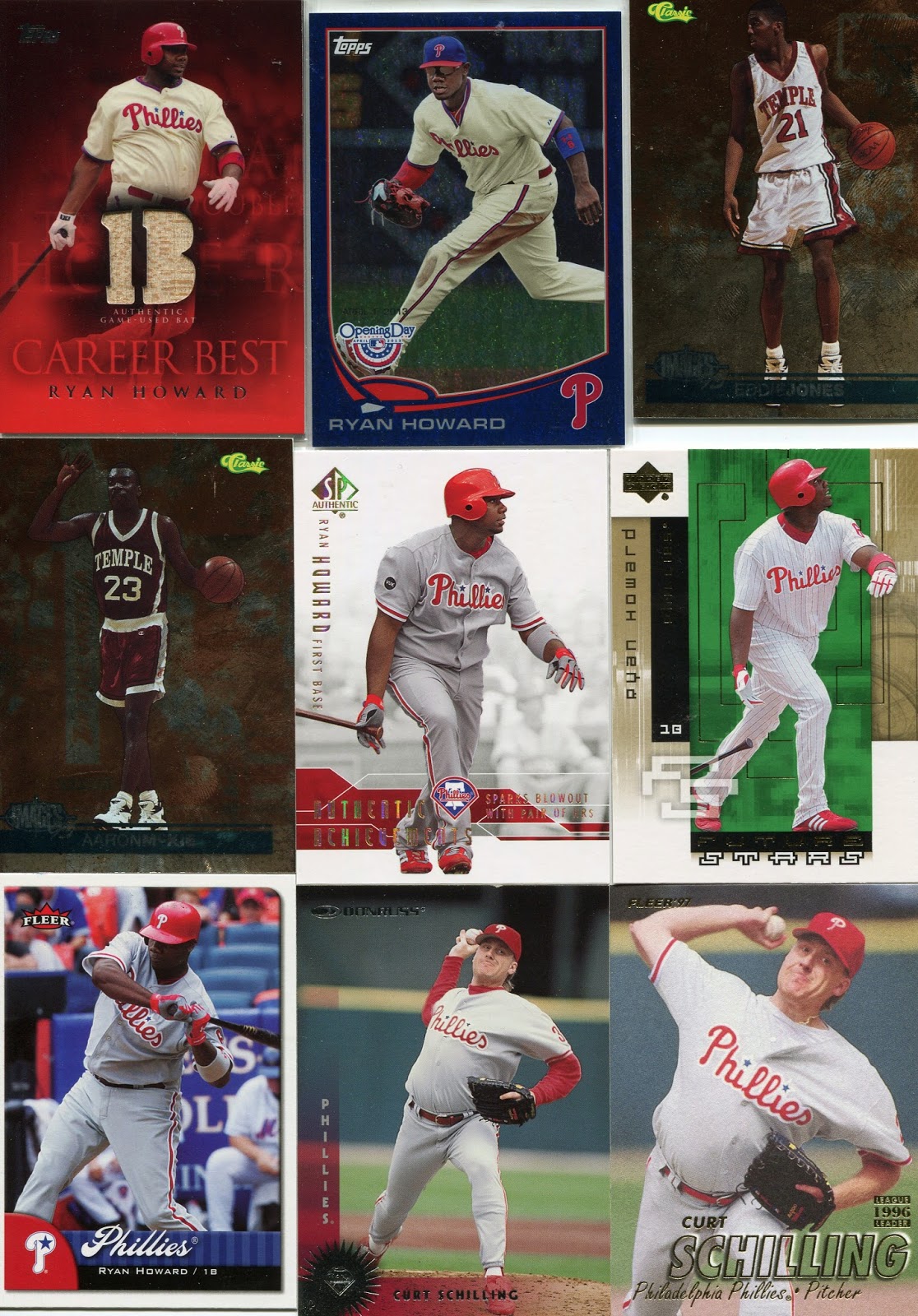 The Howard career best is a nice new relic card! Another add to the Ryan Howard super collection! The Blue sparkly parallels are nice always a fan. The two basketball cards are none other then Eddie Jones and Aaron McKie. They were my favorite college players when I was younger. Dominated at Temple! McKie was a key contributor on the sixers 2001 team that made the NBA finals. Eddie Jones ironically enough was almost traded for Allen Iverson, but because Matt Gieger had a no trade clause (they needed his contract in the deal to make the money work) the deal did not happen. He exercised his no trade rights.. Iverson won MVP next year and became Philly's favorite. 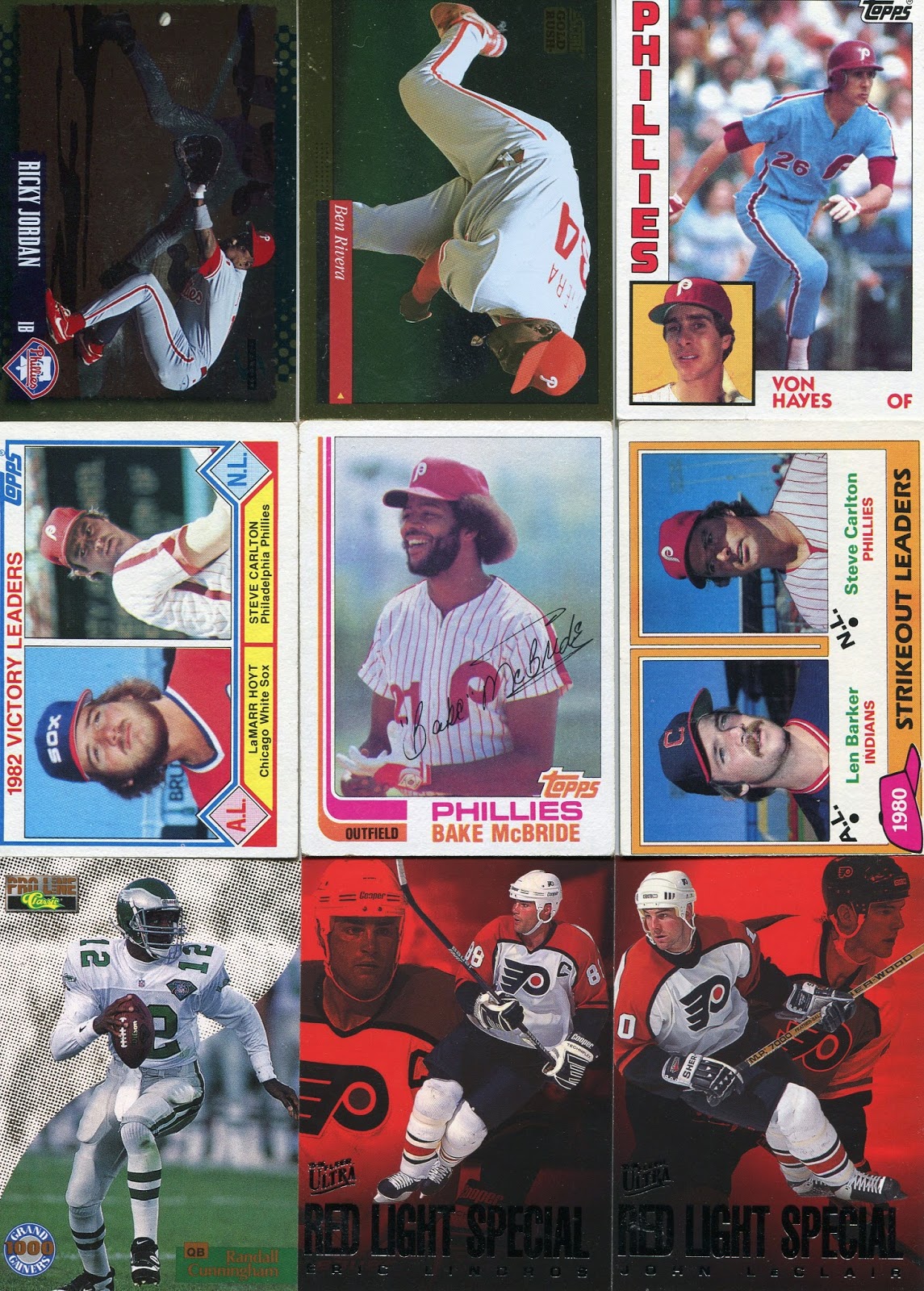 Some vintage-y goodness, still working on all those team sets! Randall ready to juke some defender out! He was a freak of an athlete! I like the Lindros and LeClair cards. I was a big fan of the Legion of Doom line. One of the best lines in hockey! Just need Renberg to finish the line! Hope the Flyers can make a good run to the Cup this year!

Thanks for reading!
Posted by Brad's Blog at 7:51 PM