I am/was a big Seinfeld fan. I enjoyed that show through the years and was sad to see it go off the air after a nice run. (The last episode was on my birthday though!) Today was a big day, my girlfriend and I bought a new shelving unit and are re-organizing the card room. Once it gets all in order I'll be sure to share with everyone. It's a nice start to not having just stacks of cards everywhere in very loose semblance of order.

I am behind on scanning, I admit it. The first week of the month is always killer at work so I get behind on that type of stuff. I will catch up shortly and be sure to share some of the great stuff people have sent me!

The Phillies are off to a solid 3-2 start. Could've easily been 5-0 but hey I'll take a winning record. Hope the bullpen starts playing well and they keep being competitive in games. That will make for a good baseball season!

I finally got a large chunk of my Frank Thomas's in binders. It's fun to flip through and see several hundred cards of the same player with all different styles colors types etc! I need to do that with the myriad of Ryan Howard's I have out there but one step at a time!

I am so close to completing the 1957 Topps Phillies Team set! TWO cards to go! For some reason 1957's been tough and rather pricey for the most part. Seems that way for most 50s cards. Can't imagine living back then and getting a Mantle for a nickel!

And if you didn't read any of that here's a pretty picture of a card that I have! 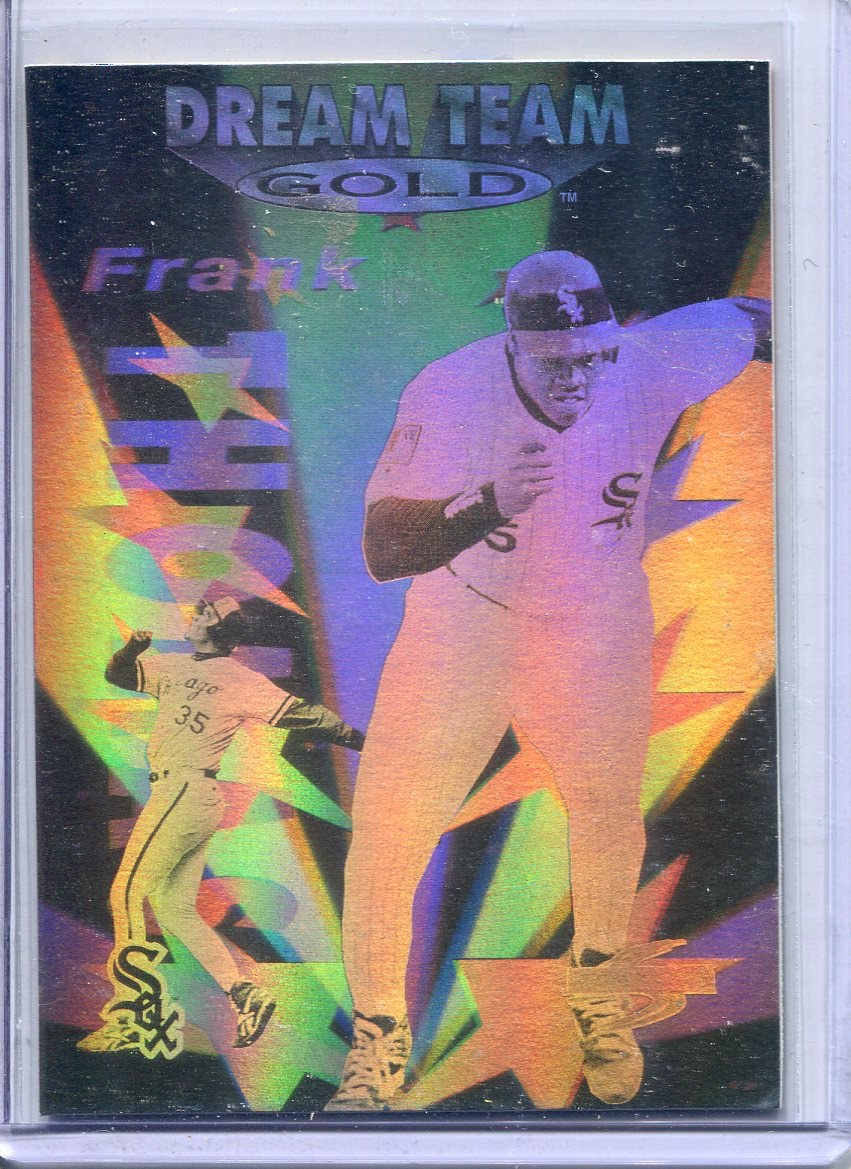 The 1994 Score Dream Team Gold Frank Thomas! This pickup was inspired by blogger friend Fuji. He grabbed some and I couldn't resist getting the Thomas! Thanks for the idea!

Thanks for reading!
Posted by Brad's Blog at 7:36 PM