A 2 Pack of George's

I recently picked up a couple of Five Star Auto's. I really like these cards but I really don't want to pay for a box. The autos are really sharp and on card. Some of the cards show some chipping but for what I paid I don't mind. Unfortunately, I haven't written my essay to join the Five Star Club. I'm tempted to write and send an essay and fake a letter of recommendation just to see how serious it all is. 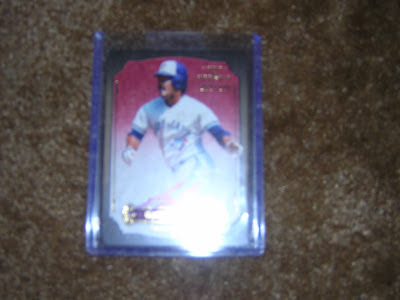 This is a nice George Bell Auto numbered out of 208. I picked this one up for a cool 2.99. I felt pretty good about that. George Bell was actually signed as a amateur free agent by the Phillies in 1978. He of course never played for the Phillies. He ended up having a pretty solid career. His best year was 1987 when he hit .308 with 47 Home runs and 134 RBI's. 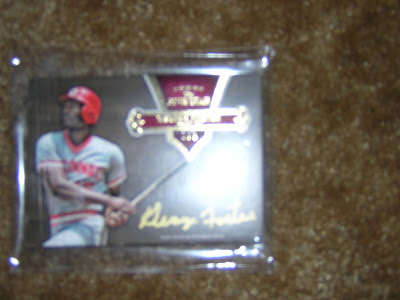 This card looks amazing in person, it is a George Foster gold ink auto numbered out of 5!! He had a really solid and long career playing from 1969-1986. He was a large part of the Big Red Machine of the Reds in the 70s one of the best lineups in the history of baseball! Interesting quote from wikipedia:

" He famously began using a black bat during his prime because he wanted to "integrate the bat rack" in Cincinnati.[1]"


Seems like he has a good sense of humor!